In line with our last couple of articles, looking at multiple plays that illustrate a concept in lieu of a lone one.

Today is about showing the need to be creative with your skill players. It’ll shed a little light on how Dri Archer might be used in 2014.

The biggest playmaker in 2013 was, and still is, Antonio Brown. Although rare, there were moments where Todd Haley got creative with him. It confused defenses and created plus matchups without Brown ever touching the ball.

The first instance came in Week 6 against the New York Jets. Brown is lined up like a running back in the backfield. Le’Veon Bell is offset like a traditional fullback. 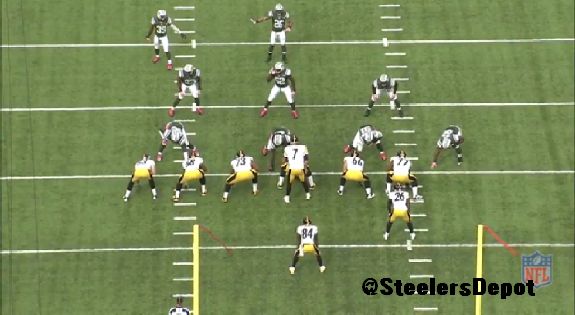 Ben Roethlisberger fakes a toss left to Brown. It causes the Jets’ front seven, most notably weak side linebacker Demario Davis, to cheat and take a step that direction, fearful of the pitch. Ben pivots and hits Bell open in the flat for a 12 yard gain and a first down. 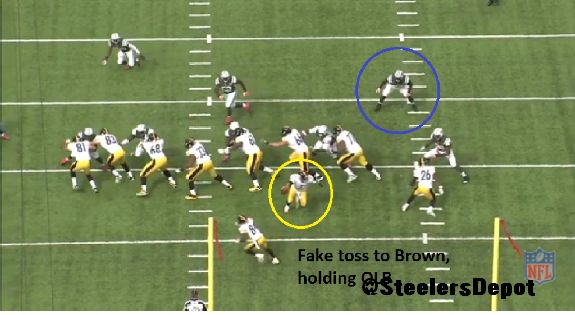 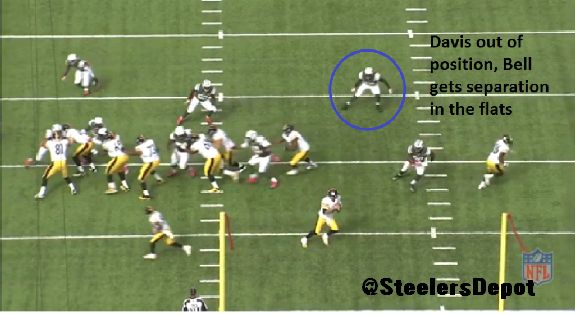 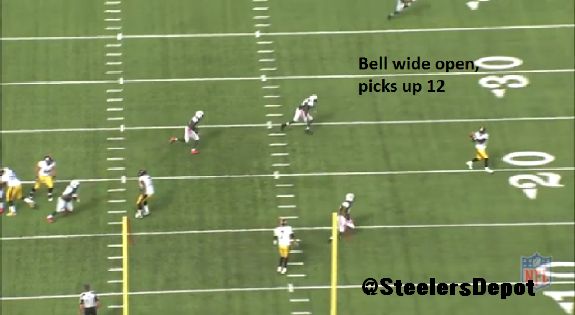 Second example comes in Week 17 against the Cleveland Browns. Steelers in shotgun with Brown aligned in the backfield, sidecar to Big Ben. Unusual look. On the snap, Brown is released into the flats. 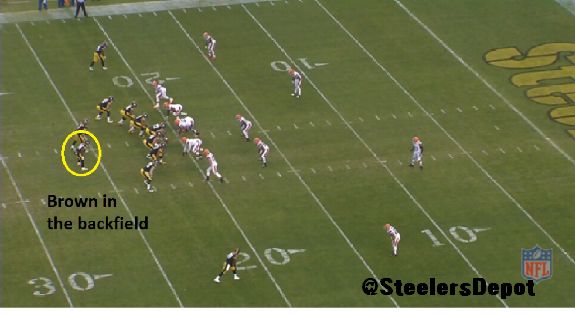 The pass isn’t thrown his way but the alignment causes the Browns’ secondary to peek into the backfield. Buster Skrine is in man coverage against Jerricho Cotchery. Even pre-snap, he has his eyes in the backfield. The. Whole. Time. Roethlisberger throws in a pump fake to AB for good measure. 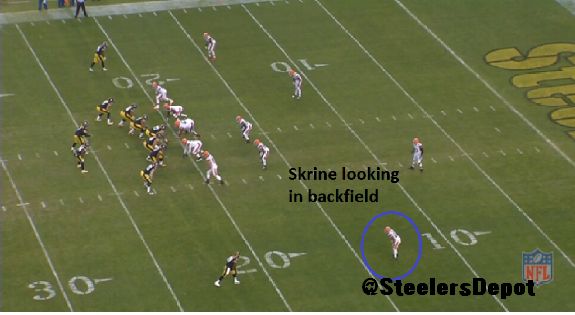 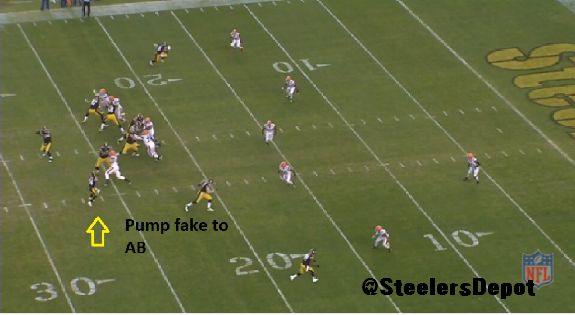 Cotchery running a go route, is able to blow past him. He isn’t able to get his feet inbounds to make the catch, but he certainly didn’t get open because of his speed – it was thanks to Brown. 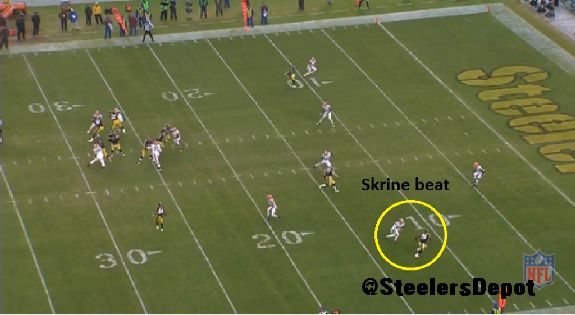 Seriously, really get a good look at Skrine. Eyes in the backfield, flat footed the whole way. He doesn’t have flat responsibility and it isn’t the safety’s responsibility for carrying anything vertical. Skrine is so worried about a simple flat route that Cotchery might as well not exist. He only reacts after Ben has thrown the ball. That’s how powerful the decoy is.

What do both plays have in common and why does Brown make the play work? He’s lined up somewhere unusual. It’s an alert to the defense. But when you, as an offense, lull them into that thought and then use Brown as a decoy, you create some plus mismatches. Use the defense’s keys (skill player lined up somewhere rare) against them.

It can only be used seldomly so the novelty of it doesn’t wear off. But with the addition of Archer, who will likely only play 10 or so offensive snaps a game, Haley can use him similarly to the way Brown was above. The extra benefit of Archer is you’re not taking away snaps from someone’s true position as was the case with Brown. That should allow Haley extra comfort and flexibility with Archer.

Dynamic players don’t have to always have the ball in their hands to be effective. The threat of the threat can be enough.