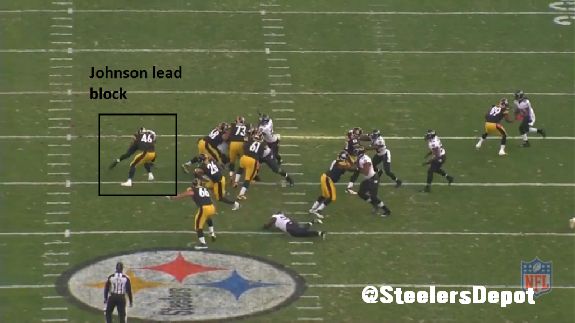 This will be an X’s and O’s series focusing on both sides of the ball. The good and bad of the Steelers of last season.
Looking at their Wildcat offense today and the blocking scheme that comes along with it.

The Wildcat, though markedly reduced from its resurgence a few seasons ago, is still in most team’s playbooks. The Steelers are no exception.

Although one might expect it to be complex scheme, it’s essentially just window dressing in Pittsburgh. Let’s break it down against the Baltimore Ravens in Week 7.

From the aerial shot, we see Ben Roethlisberger motion out from his typical shotgun position to outside the numbers. 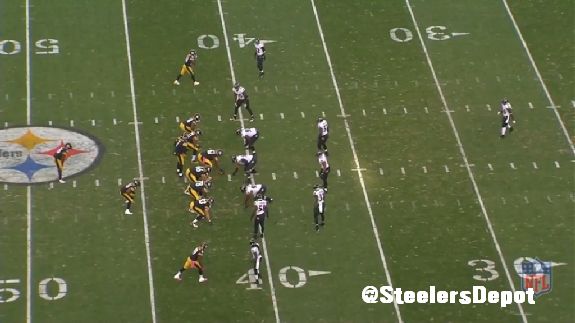 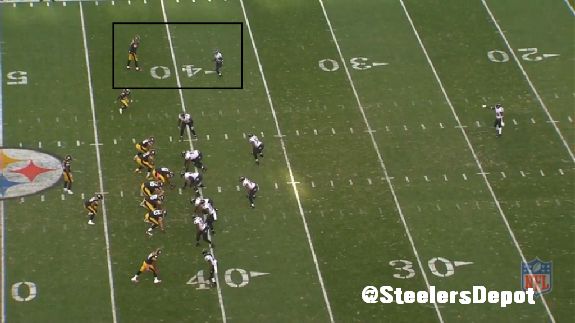 That’s clearly just window dressing, but it does widen the corner and briefly hold him to the outside.

With Le’Veon Bell doing his best Big Ben impression, he fakes a jet sweep to Antonio Brown. Odds are, there is no “read” for Bell. The intention is for him to carry it the whole time.

The blocking scheme is quite simple, only made unusual by the Steelers’ philosophy. Power O with David DeCastro pulling and Will Johnson acting as a lead blocker.

It’s was rare for the team to pull in 2013. Running to the left even rarer. But Power O? Staple scheme of  many NFL clubs, including the Steelers for approximately 40 years.

We’ll draw it up on the “chalkboard” (read: Microsoft Paint) and then on the tape below. 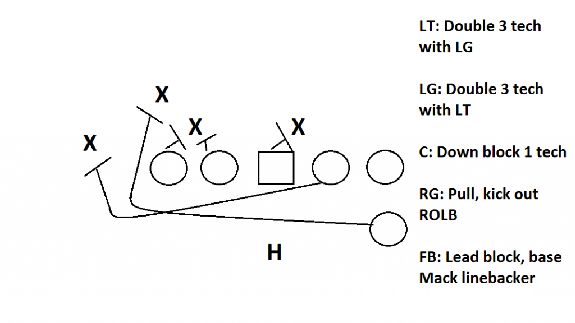 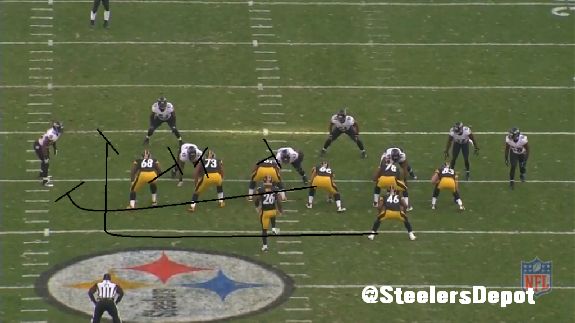 DeCastro and Johnson open up a big running lane for Bell, who runs for six, moving the chains on 3rd and 3. 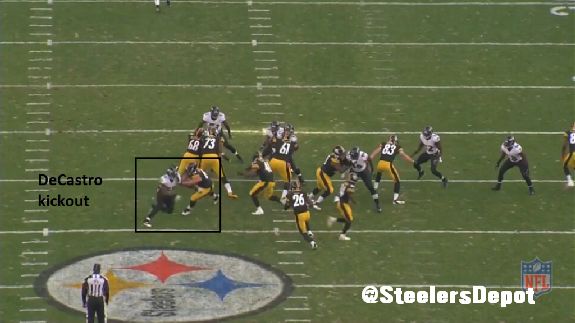 The Wildcat may be perceived as a concept out of left field but take away that window dressing and the scheme is anything but.