This will be an X’s and O’s series focusing on both sides of the ball. The good and bad of the Steelers of last season.
Today, a look into the effectiveness of divide routes in the passing game.

As you can already tell, the pass ended up incomplete. So while this breakdown may seem inconsequential, it still provides an excellent moment to break down a concept – what this series is designed around. Let’s jump in.

Calling it 11 personnel but the Detroit Lions are in an empty set. Running back Joique Bell is in a two-point stance beside the right tackle. 3×2 to the wide side of the field. 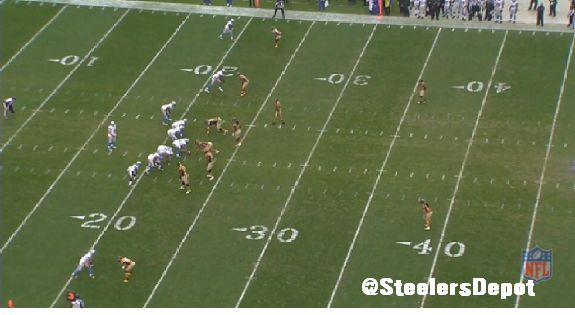 Defensively, the Steelers are running Cover 2 man, something I pointed out they did extensively on third and long, in this case 3rd and 8.

Calvin Johnson is running a post and Ogletree a fly route. These types of combination routes are referred to as “divide” routes. Their purpose? Stress the safety. Put the offense in a win-win situation. 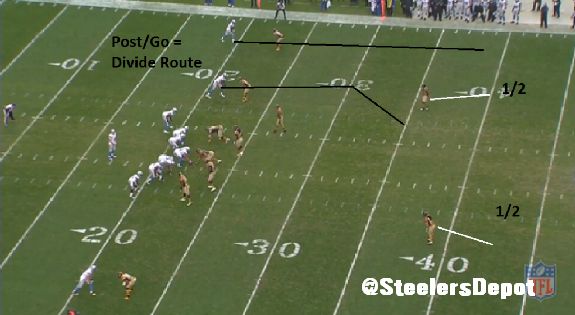 Ryan Clark is over the top, responsible for providing support for anything vertical. But with both receivers running vertical, the offense is asking him to make a choice. Carry the post or the fly? Matt Stafford will throw whichever route Clark decides not to cover. Clark follows Johnson on the post. 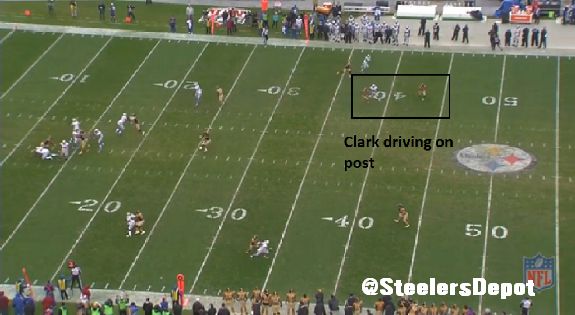 This leaves William Gay on an island with Ogletree. The corner is stiff in flipping his hips and doesn’t have the strength push the receiver off his stem. 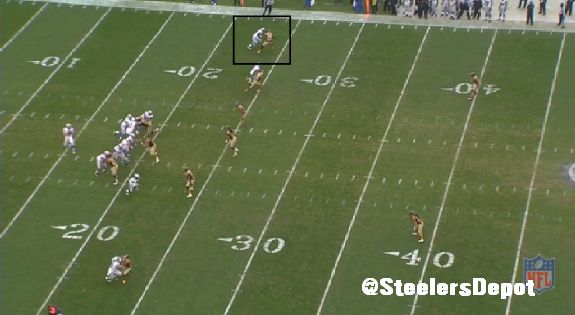 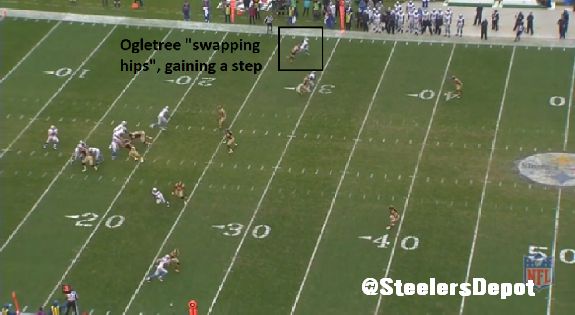 Coupled with a downfield double-move by Ogletree, Gay is in trail position. 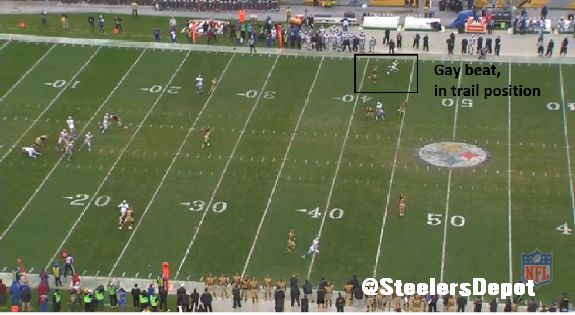 Ogletree has him beat by a couple of steps. Had Stafford’s pass not been overthrown, it’s going for a huge gain, possibly a touchdown.

Aside from the cornerback issues, it is a difficult play for Clark. Tough to blame him for choosing Johnson, one of the most dangerous receivers in the league.

However, the best way to counter a divide route is not to choose. Gain depth, read the quarterback’s eyes, and break on the ball. Don’t bite early and make the decision for the QB.

This is one of the more forgivable examples but one that illustrates the poor safety play seen from the Steelers’ secondary in 2013.