Brief breakdown of the “mesh” route and its effectiveness.

A mesh route is a combination route. One receiver from each side of the formation run drag routes at each other. The “Y” or strong side receiver has the duties of setting the mesh. It’s typically set at six yards with the “X” running underneath it.

It’s a man coverage beater. The goal is to create a rub on the weakside corner, creating separation for the “X” receiver. Offenses have to be weary of avoiding pass interference for intentionally getting in the way though it’s relatively unusual for it to be called. 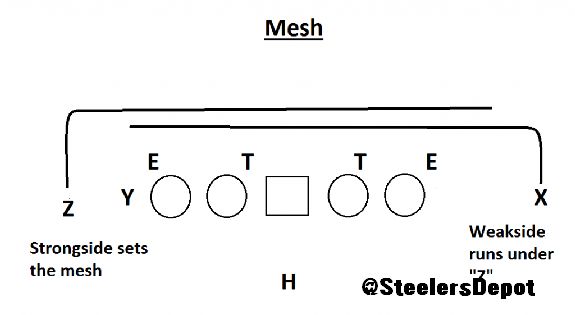 Here it’s used on 3rd and 5 in Week 17 against the Cleveland Browns. Run by Jerricho Cotchery in the slot and Antonio Brown on the weakside. 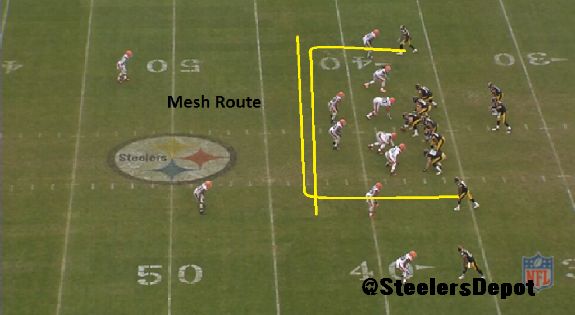 The first thing to realize is on this route, the splits are always tight. Both receivers can’t be outside the numbers, otherwise, it’ll take too long for the mesh to develop. Another example of tight splits for the mesh against the Tennessee Titans back in Week One. 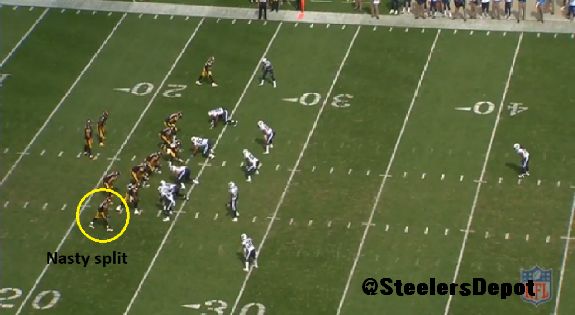 When you see those splits, or tighter (have seen it with both receivers inside the numbers) it’s an alert to the route.

Other than that, the concept is simple. Cotchery, on the strong side, sets the mesh, picking Joe Haden as he covers Brown on the crosser. It gives AB an extra couple yards of separation. Cotchery does a nice job of stemming his route upfield just a tiny bit on contact, sort of side-swiping Haden, to avoid the flag, but make the rub effective. 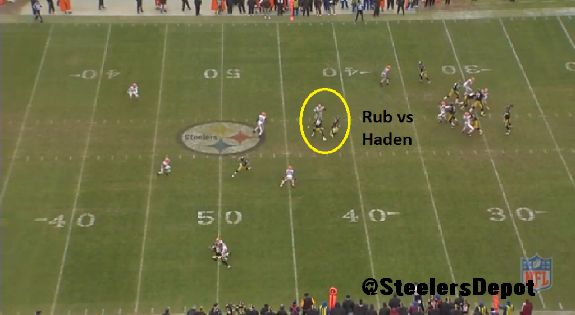 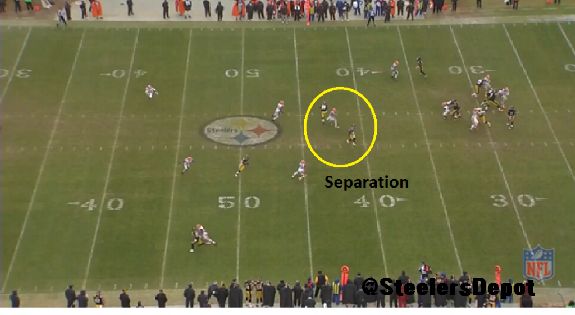 After securing the catch, he makes the nickel corner miss and picks up the first down before getting pushed out of bounds.

It’s a route concept Todd Haley used sparingly after more extensive work in 2012 and when it was a staple of the Kansas City Chiefs’ offense in 2011, but it’s still a “go to” play he’ll use on 3rd and medium. It’s simple, almost elegant, but supremely effective.