Today, we’ll go back to focusing on just one play. How a Bengals’ pre-snap look led to an easy sack back in the second week of the 2013 season.

Third and 8, early second quarter. Steelers in a rare 10 personnel, an empty set with just one tight end. 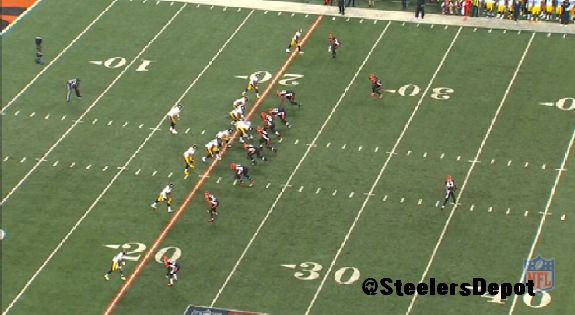 But we want to pay attention to the line of scrimmage. The Bengals have every gap covered, including putting both linebackers in each “A” gap. Colloquially, known as “sugaring” the “A” gaps. 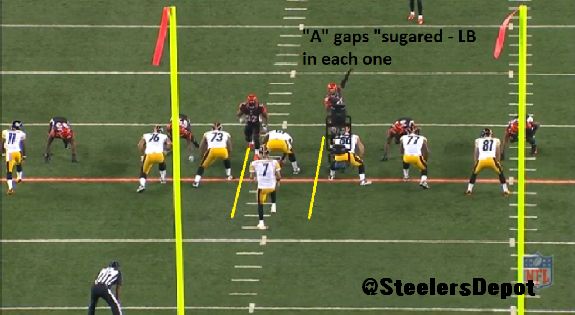 Its purpose? Force the offensive line to assume the blitz is coming and pinch inside. As a line, you’re taught to work inside out against pressure. Don’t let the defense have the shortest and most direct route to the QB. The line has to respect that possibility, especially without a running back to help in blitz pickup.

The Steelers’ line appears to have a slide protection from the left to counter a potential blitz. It would leave weakside end Michael Johnson rushing free, but it’s the best option. They want to avoid an interior defender free. Ostensibly, the team thought it was better to block the playside end, giving Ben Roethlisberger a better opportunity to step into the throw. 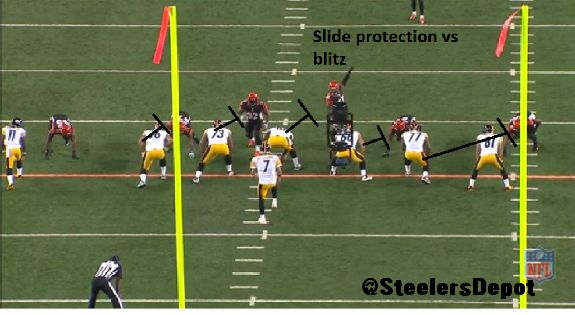 Off the snap, they hesitate, fearful of the linebackers. But both drop into coverage. This slight moment of hesitation from the left side of the line is enough to give Johnson the advantage against Mike Adams. Tough enough for Adams on a normal kickslide. Combine that hesitation and it’s an easy win for the end, who pressures Roethlisberger. It might just be a half step late but in the NFL against a premier pass rusher, it’s enough. 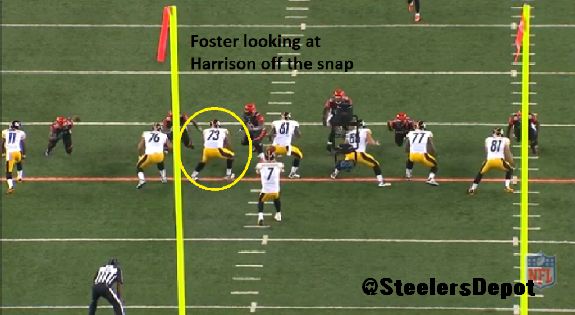 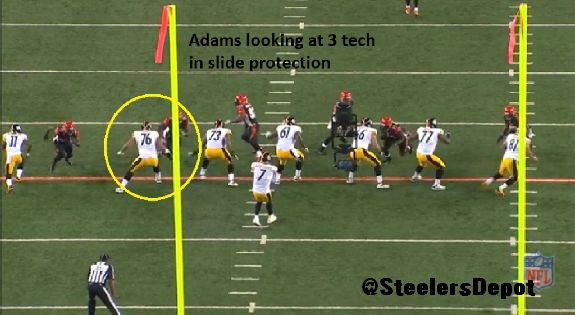 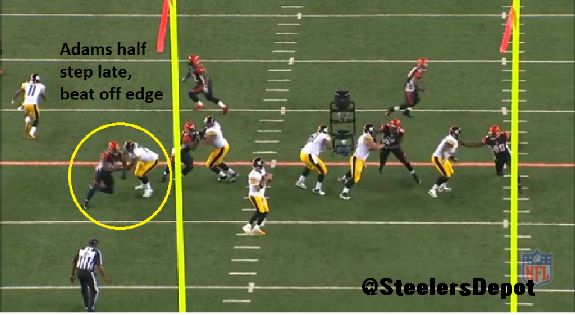 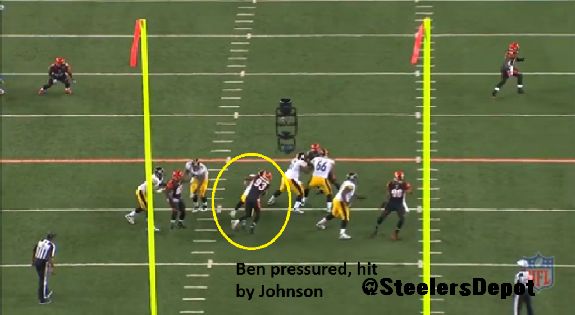 The press coverage has a helping hand in the incompletion, but the pressure contributed as well. Roethlisberger is forced to throw the ball before he wants to and it falls out of the reach of Jerricho Cotchery’soutstretched fingers.

Remember in the last article where we discussed how the threat of something can be just as effective as the actual thing? Same principle here. Show the interior blitz, get the line to commit for just a moment, then back off and get a free rush with four while dropping seven into coverage. Best of both worlds. Why Zimmer was one of the best defensive coordinators in the game. And why he’s now a head coach.