Article number one million on combination routes. I’ll do something different eventually, I swear, but in addition to today’s route, we’ll focus on the idea of window dressing. I touched on that in the past and we’ll expand on it today.

Tare routes typically have two out routes from the inside receivers with the #1 WR running a vertical, or clearout, route. The goal is for the vertical route to clear out the corner to open up the out cut.

In this case against the New England Patriots last season, it’s just a two man route with one “out” cut instead of two. But same principles apply. Heath Miller is running the out. The wrinkle the Steelers’ add is with fullback Will Johnson. He’s motioned from the backfield out wide, acting as the #1 WR to the closed (strong) side and runs a fly route. 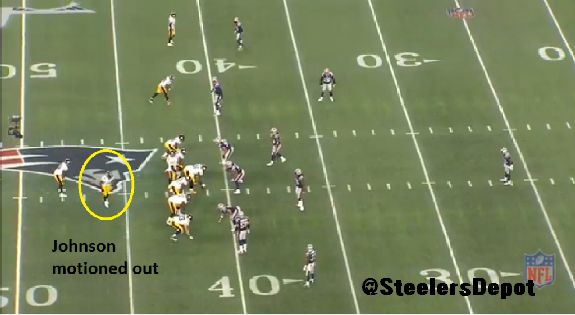 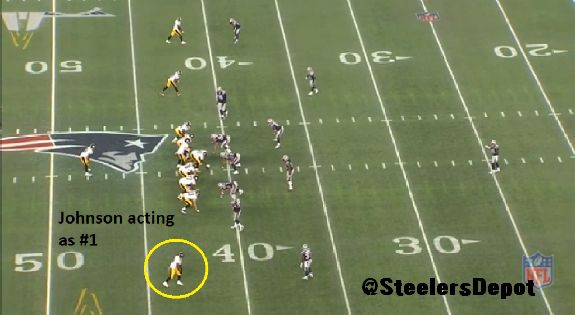 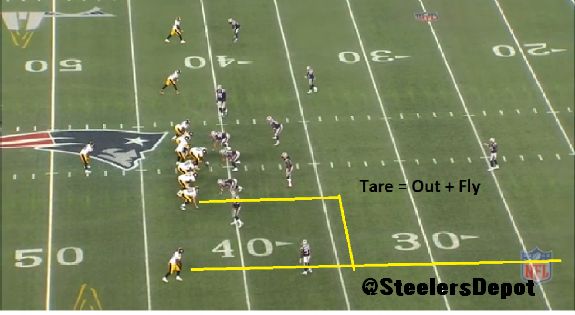 This is going to hold the corner and force him to respect the vertical threat, even if it is in the form of a 238 pound fullback.

The Patriots are in Cover 3. Cornerback has to carry #1 vertical, opening his hips off the ball (bail technique), eventually turning his eyes away from the ball, and running with Johnson. 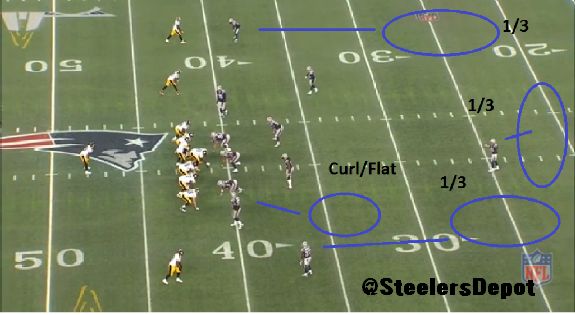 That leaves the strong side linebacker in a tough spot. He’s the curl-flat defender, taking away the curl and forcing the flat. But with the out route, he’s stretched too much horizontally and isn’t going to impact the throw. Ben Roethlisberger does have to make sure the throw is to the outside shoulder, forcing Miller to stretch out for it a little, but it’s well placed and completed. 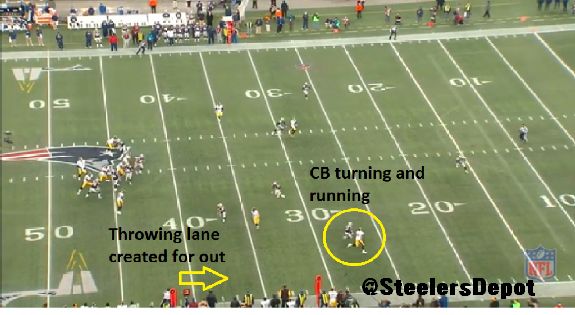 Johnson is the window dressing. Of course he isn’t a vertical threat as Mike Wallace he is not. Still, the corner can’t just let him go. With the safety in the middle and not on the hash, there’s no way he can try to pass that off. He’s forced to turn and run. Had Johnson not been there and the corner not had any responsibility, he can sit down, read the quarterback, and drive on the throw. It’s no guarantee, but he may have been able to make a play on the ball.

The Steelers could have used 11 personnel and plugged a wide receiver out there instead. It would have produced a similar result. Offensively though, you want to run the same play and concepts out of different sets and looks. Run the same concepts from the same sets and you become predictable as an offense and easy to scheme against. That’s the last thing you want.