– Definitely looks the part, fills out his frame well

– Quality strength and holds point of attack well against the run

– Works to get his long arms extended, keeping OL at bay

– Great athlete for his size, fluid

– Will show a quick first step

– Impactful pass rusher, especially late in game when he can pin his ears back

– Shows strength and leverage for an effective bull rush

– First step is inconsistent and times where he seems sluggish

– Wears down late in games, limiting him as a pass rusher and causing him to pop up

– Some stiffness around the edge

– Can get locked up as a pass rusher, must work on his arsenal

– Will miss one too many tackles, has to finish plays

– Left school after junior season, will be just 21 by training camp

– Had hernia surgery during the offseason prior to 2013, bothered him throughout the year

First thing you notice about Tuitt is his size. Has a Richard Seymour/Cameron Heyward build already at age 20. Dude is built and has actually lost weight. Began the year around 322, weighed in at 304 at the Combine. Likely in order to regain some of the quickness he may have lost while fighting through his hernia injury.

Has similar flashes of being a disruptive pass rusher like the aforementioned two.

Quick hands to throw the tackle aside and bring down the QB. Tuitt is the left end, #7.

Bull rush to walk the right tackle back, create pressure, and force an INT that is returned for six late in the game against Arizona St.

Still to show the arm extension he gets, another one of his strengths. Puts those nearly 35 inch arms to work in both facets. 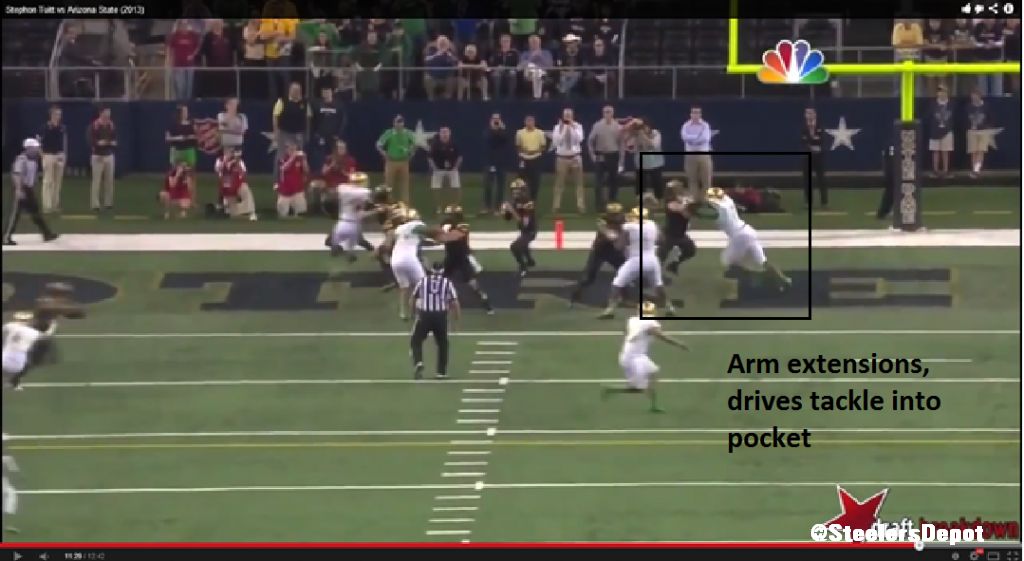 Though using his bull rush more often is something he needs to do. Strong upper body and needs to utilize it.

Best part of Tuitt that will make him a great asset as a five tech is how he plays the run. Strong and holds the point well. Rarely got washed in the four games I saw him. Never happened in a power scheme and was only occasionally pushed down the line against zone concepts. Gets his arms extended, making it easier for him to shed.

This tackle against USC encapsulates his athleticism and hustle. From the backside, takes a proper angle across the field, and brings the back down.

Some of the issues he had on tape could easily stem from the hernia that plagued him throughout the year. If the surgery hindered his ability to workout and subsequently his conditioning, the fact he tired late in games makes sense.

Does rely on his speed rush a bit too much. Can beat slower tackles around the edge but is just as prone to getting stuck and pushed upfield.

Failing to use his hands well enough as a pass rusher can cause him to get locked up.

First step seems to run hot and cold, too. Here, Louis Nix beats him off the ball. 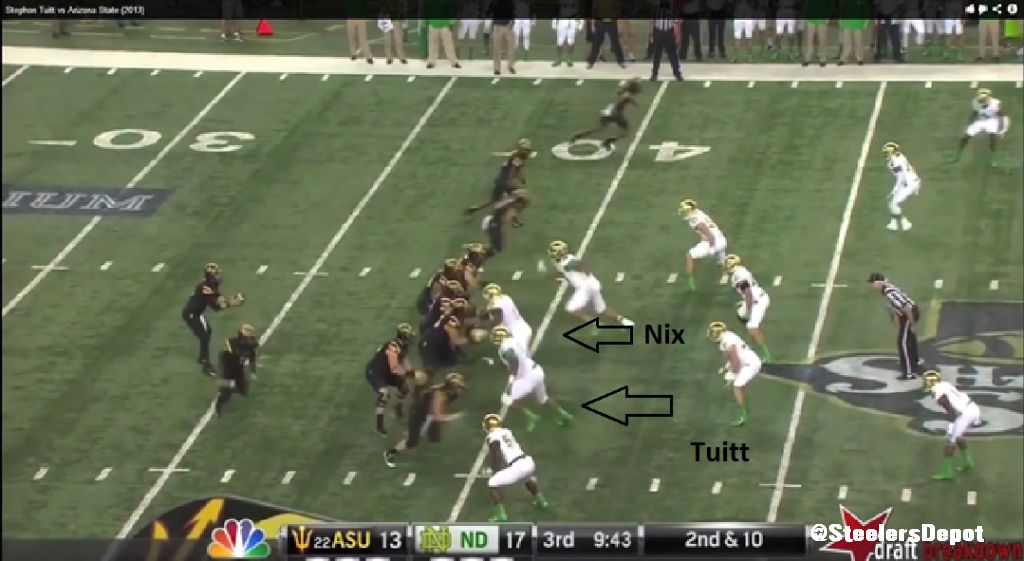 And sometimes pops up too high off the ball. Minor complaint and didn’t see it too often but still worth noting. 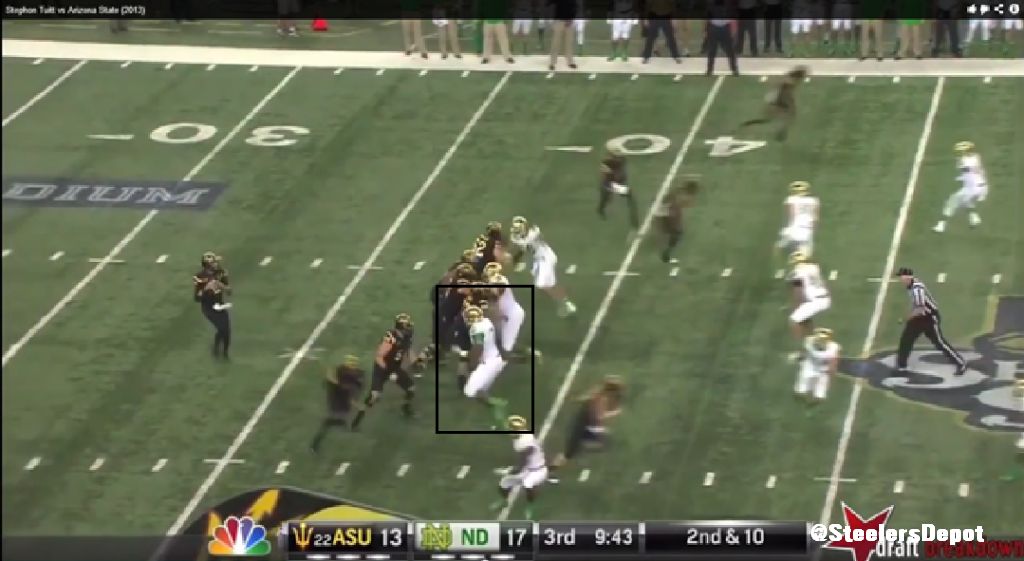 Played extensively at both defensive end spots and kicked inside to defensive tackle on some third downs.

With the team losing Ziggy Hood and Al Woods, you can bet the Steelers will be linked to the top five techs, Tuitt included. From the little I’ve seen about where he’s projected to go, 15 seems high. But Tuitt is a perfect five tech, especially as they’ve started to evolve into a bigger pass rushing threat than pure run stuffers. Isn’t a full grown man yet and going to get better as he gets older and becomes full year removed from his surgery.

Games Watched: at Arizona St, vs USC, at Stanford, vs Rutgers (Bowl)