– Appears to have above average length

– Fluid hips and an asset in coverage

– Playmaker, disruptive as a pass rusher and in the backfield

– Extremely versatile, used aggressively and lined up all over the place

– Lots of experience dropping into coverage

– Came up big in important games

– Lacking functional strength against the run, struggles against tackles with a good punch

– Will have trouble shedding once an OL has locked on

– Won’t always stay square to the ball against the run

– Can get over aggressive at times, taking bad angles and missing tackles, has to finish plays

– Could add to his repertoire a bit more

– Scheme, aggressiveness allowed him to get away with using his hands less, got a lot of free rushes

– FBS Independent Defensive Player of the Year in 2013

– Age is not confirmed

Van Noy is another one of those athletes that take your breath away. Likely one of the best in the draft.

First play of the game against Utah St, he reads the QBs eyes/drop, leaps to pick off the pass, and house it. Makes it look easy.

Later, with Van Noy moved out wide, he burst off the ball and can’t get cracked by a wide receiver. Gets into the backfield and drops the back for a loss.

Look how quickly he closes on the QB. As soon as he turns off the run action, Van Noy is in his face and forces a poor throw.

And one more to illustrate his effort against the run. Chases down the back to save the touchdown.

A still to show the supreme get off he has. Quicker off the ball than anybody else. 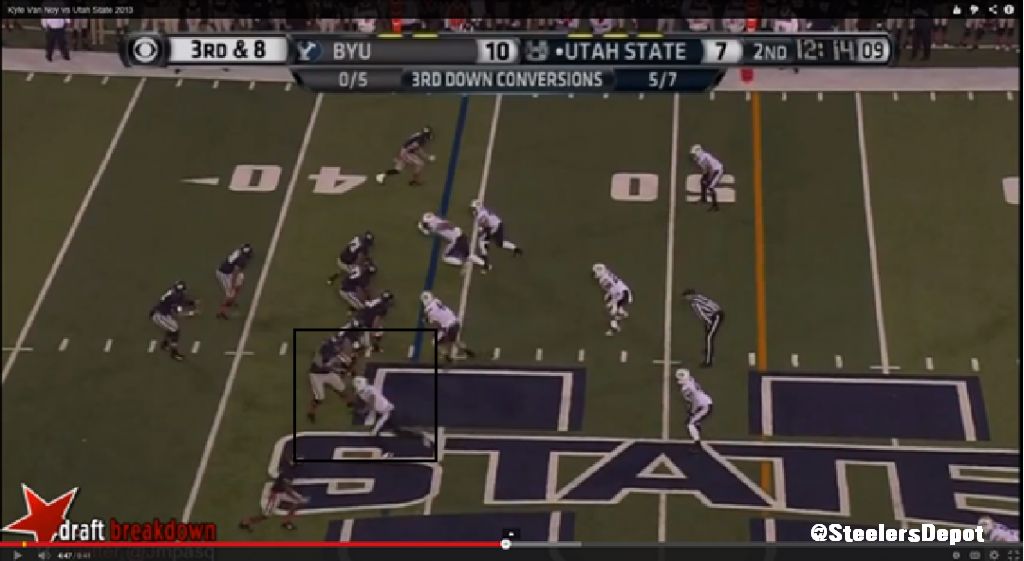 BYU used him extremely aggressively and asked him to wear a lot of hats. From playing both outside linebacker spots 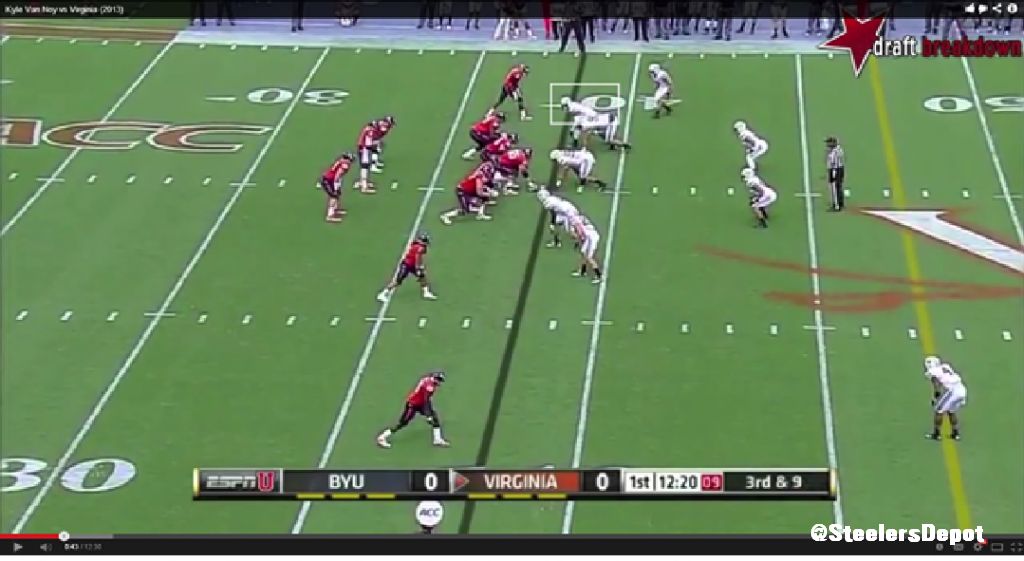 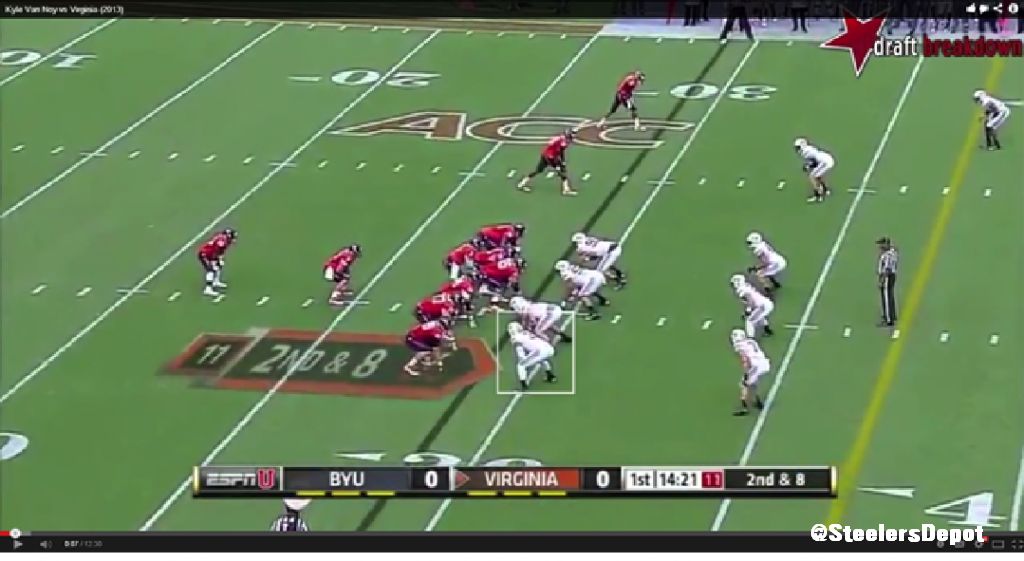 To being split out on the hashes in coverage 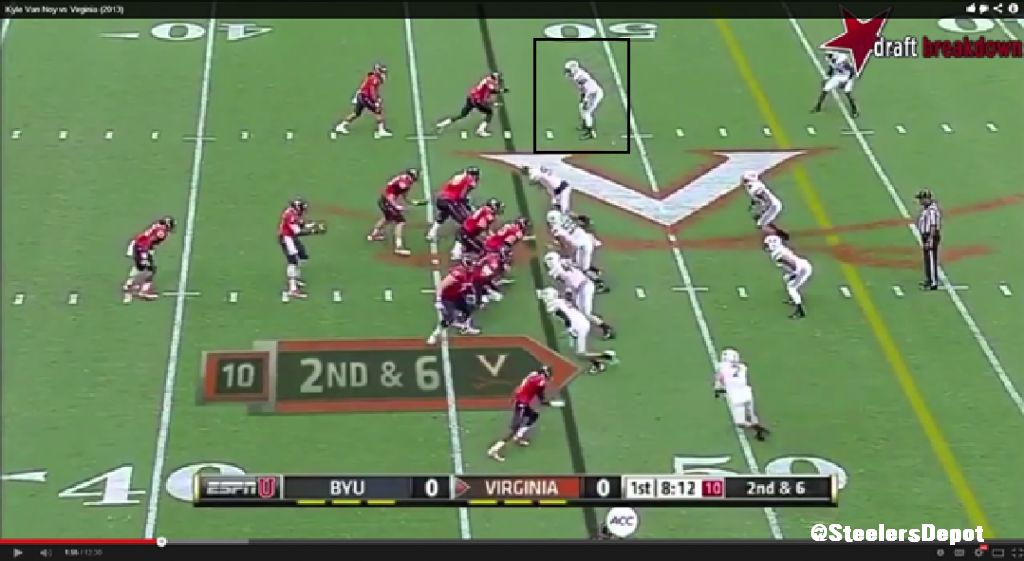 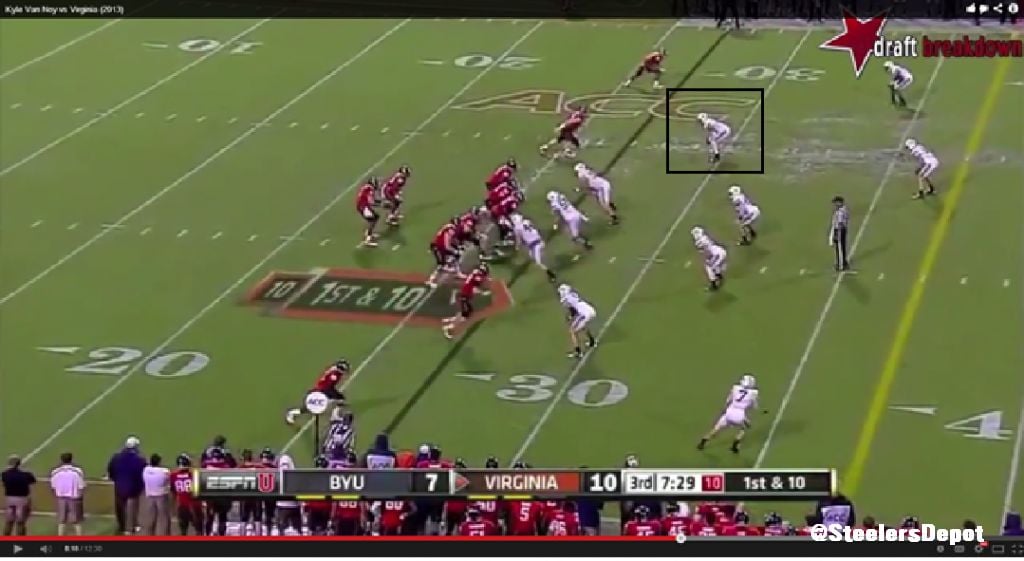 To dropping into coverage at inside linebacker 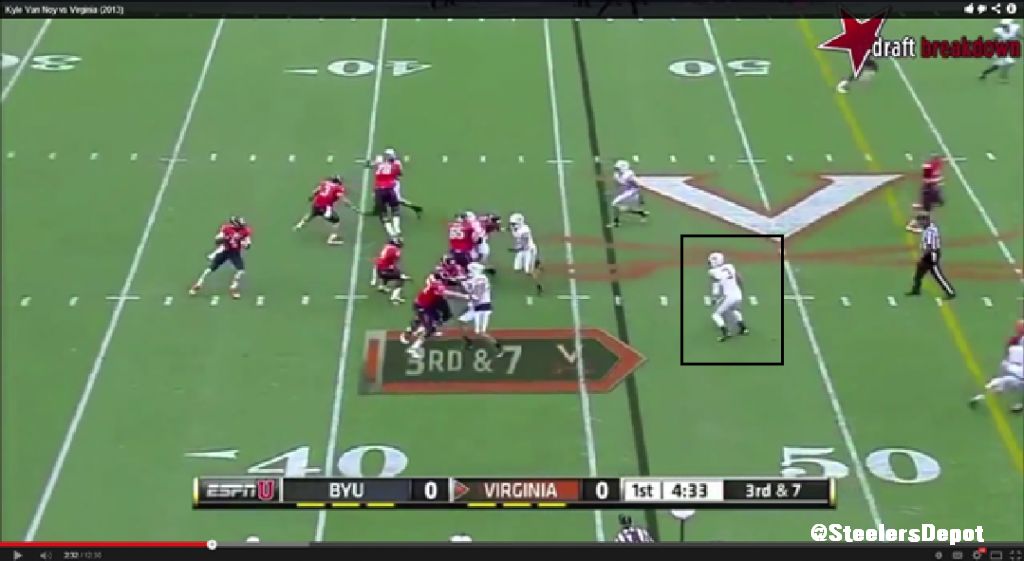 He’s been asked to cover every inch of ground on the football field. That versatility is a big plus. Especially in subpackage football. Van Noy won’t have to be taken off the field because he can’t fulfill a certain assignment.

As good as he is at getting to the ball, he has to work on finishing and bringing the ballcarrier down. Gets over aggressive and takes poor angles or simply can’t finish the tackle.

He has to add upper body strength. It’ll help his bull rush and get off blocks in the run game. Not particularly good when he two gaps.

So similar to Jarvis Jones, though Van Noy is the superior athlete, he’ll have to hit the weight room.

The fact he has so much experience dropping into coverage is another plus. Flips his hips with ease. Didn’t play much man but apt covering the flats and hook zones.

The former Cougars’ backstory and journey to BYU is an inspiring one and shows how much he’s matured during his time in college. Encourage you to read his backstory.

It stands to reason that the team will retain at least Jason Worilds or LaMarr Woodley into 2014 meaning it’s unlikely they address outside linebacker in the first round. But Van Noy is an impact player who at the least, will be a valuable situational pass rusher his rookie year.

Games Watched: at Virginia, at Texas, at Utah St, vs Washington (Bowl)