We looked at nose tackle Louis Nix III previously. Today, a look at an even bigger player. Tennessee’s Daniel McCullers.

– Gets his arms extended and keeps lineman at bay

– Plays with surprisingly good leverage for his size though occasionally does pop up, has to work on keeping his butt down

– Can dominate when solo blocked

– Shows some ability to get off blocks

– Lumbering athlete, struggles when moving laterally or down the line against zone blocking schemes

– Slow off the snap

– Only has a bull rush, no other moves

– Will get heavy-handed at times and stuck on his blocks

– Weight concerns will still exist, just like anybody at that size

– 19 starts at the D-I level (two seasons at Tennessee)

– Came into his junior season at 377 pounds

– Went to JUCO because he did not qualify academically

There’s no questioning McCullers’ pure strength. One of the strongest in the draft. Has no problem holding the point against this double-team versus Georgia.

Not only does he have incredible length, longest arms of the Senior Bowl, but he knows how to use them. Bench presses the left guard and makes the tackle.

A screenshot of his length. Guard can’t even get into his pads. Grabs the wrists and holds on for dear life. 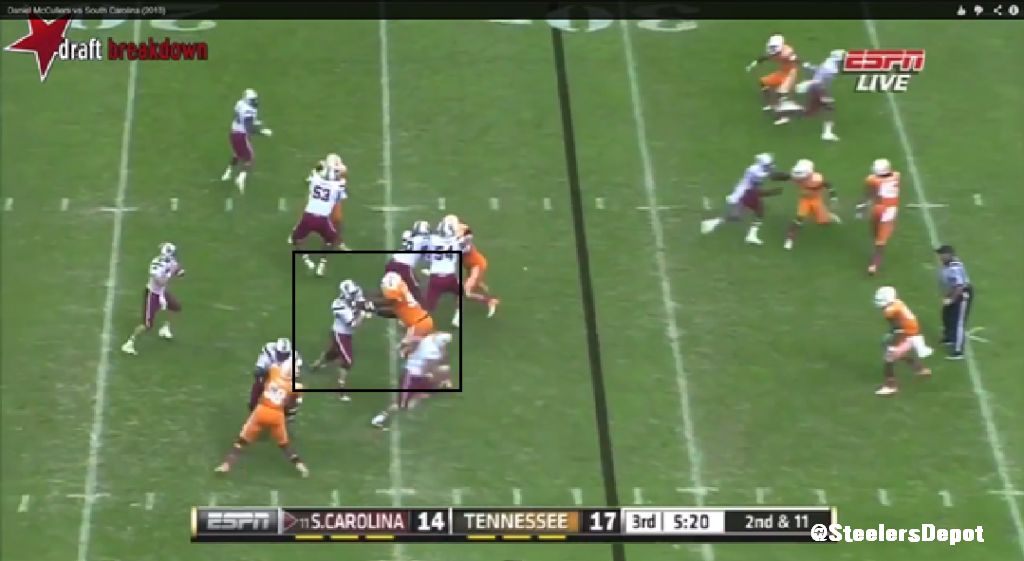 Although he doesn’t finish this play, be bullies the right guard forcing quarterback Connor Shaw to scramble.

It’s an extremely impressive skillset but the biggest knock against him is critical – he’s so slow off the ball. Yes, he’s built like a house. But if you’re too slow off the snap, it’s hard to win at the next level. Can’t let lineman get in position and get to you first. Or else you wind up looking like this (McCullers is number 98, lined up as the three tech over the right guard).

Ugly. Shouldn’t happen to a player who has clearly shown how strong he is.

And some stills to illustrate how late out of his stance he can be. 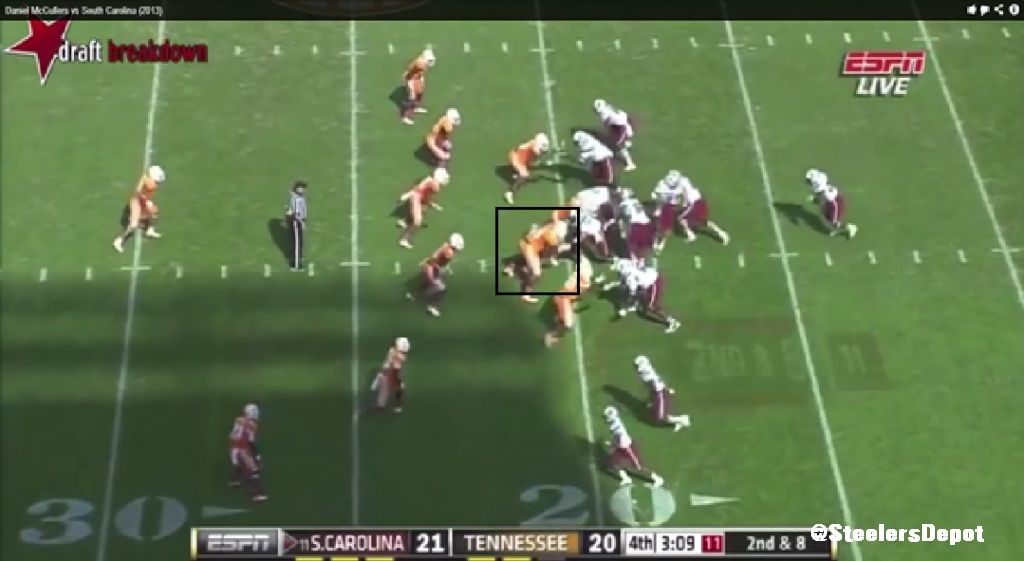 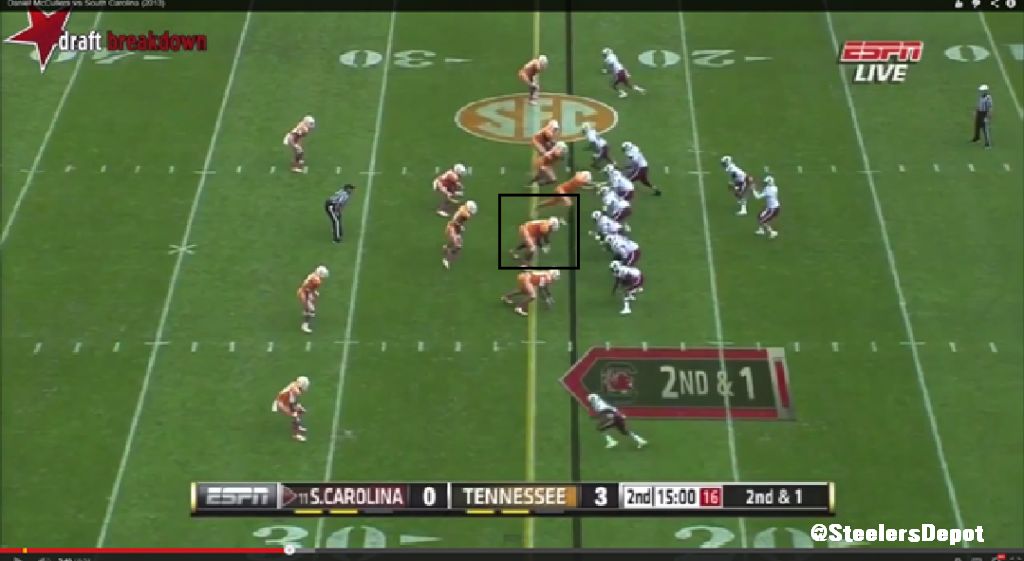 I’m not asking for McCullers to be Sharrif Floyd. But it could be that he’s so focused on keeping his butt down and not popping that he’s late off the snap. Coachable, yes, but an issue that must be addressed early in his career.

Like almost any nose tackle, weight is a concern. Chiefly for a player that at one point in his life, has come close to four bills. Two factors do work in his favor.

1. He has at least shown the ability to get his weight down. When pressed, he’s dropped the pounds.

2. Attending the military school in junior college. Wasn’t just a run of the mill JUCO. A place where his entire day, from 5:45 AM to 10:45 PM, was scripted. Ideally, it instilled a work ethic in him. If he survived that for two seasons, he has to come out better for it.

McCullers is a rare body type but it’s equally rare to see players of his statue fit as a true nose tackle. So where’s his true fit? He has a bull rush but doesn’t offer much more than that as a pass rusher. 3-4 or 4-3? It’s up for debate.

His size and raw tools will cause some team to fall in love with him. Part of me wants to do the same, but the other is more hesitant. He doesn’t completely know how to use his size. And teams might not know how to either.

Games Watched: at Florida, vs Georgia, vs South Carolina