Continuing with our trend of breaking down passing concepts, a look at the “Levels” combination route. We’ll breakdown two plays from the same game, one with the concept and one without, to compare.

The first play we’ll look at came on Matt Spaeth’s lone touchdown of the year in Week 16 against the Green Bay Packers. I’ll call the personnel “Ace” with one back and two tight ends but it’s an empty set with Jonathan Dwyer split out to the open (weak) side. 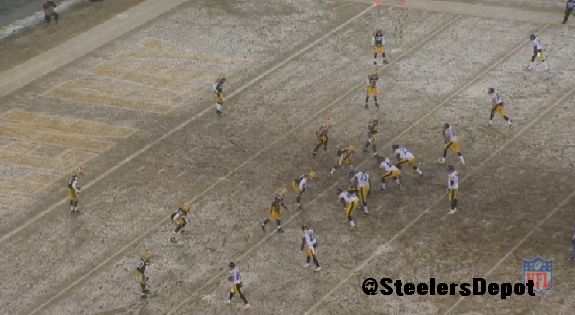 Levels can be a broad term but it’s a combination route with two receivers running the same route at different depths. The most common combination are two dig routes, one run underneath at 5 yards and another at 10-12. Otherwise known as “Hi-Lo” popularized by West Coast offenses.

This isn’t exactly the case on the Spaeth TD, he’s really running a skinny post, but the purpose and the result are the same. Spaeth on the post and Miller on the dig. Fairly intuitive but running the dig with Miller as opposed to the “Z” receiver because of the reduced split. Less ground to cover to reach the middle of the field and occupy the linebacker. 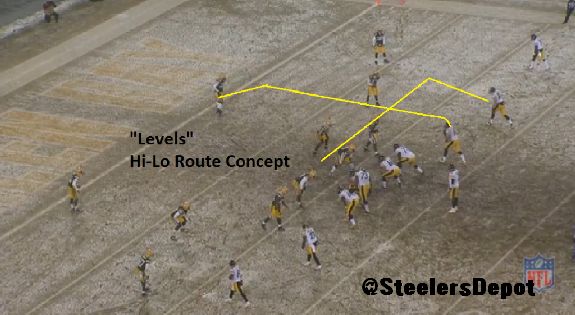 Two players we want to focus on for Green Bay. AJ Hawk, the only linebacker on the field, and strong safety Sean Richardson. Packers are in Cover 4 (quarters coverage). 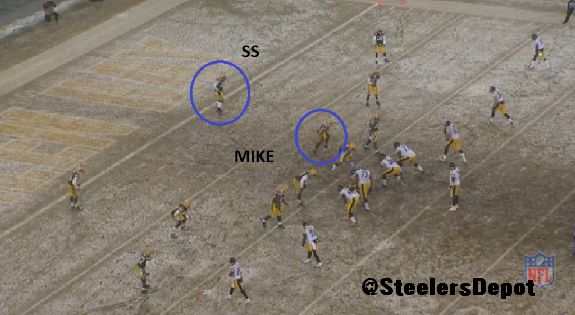 Miller holds Hawk on the dig. That’s the purpose of Levels/Hi-Lo. Put the defender in a lose-lose. If he sinks, hit Miller underneath on the dig and take the five yards. If he drives on the dig, hit Spaeth over the top. Hawk does the latter. 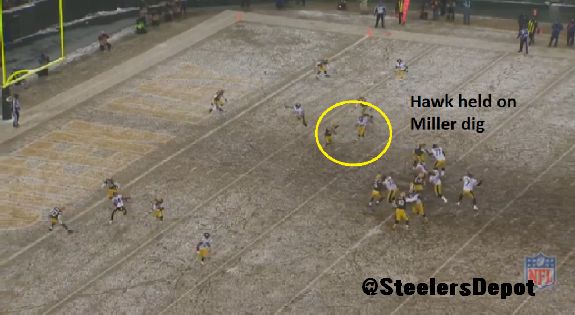 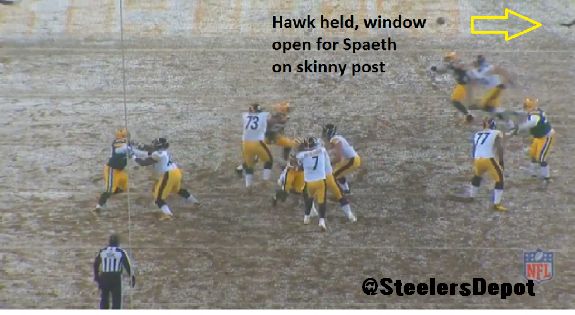 Putting the defense in a lose-lose has been a repeated theme throughout this series and it’s not a coincidence. Teams don’t always need to have the best talent. Scheme and technique can go a long way.

Iffy technique by the safety Richardson. Tough spot to be in but he’s flat footed, opens up his hips too much, and takes a poor angle to the ball. Spaeth’s 6’7 frame is able to box him out for the score. As a safety in the red zone knowing there won’t be a threat over the top to carry, you have to be able to drive on anything vertical down the seam. 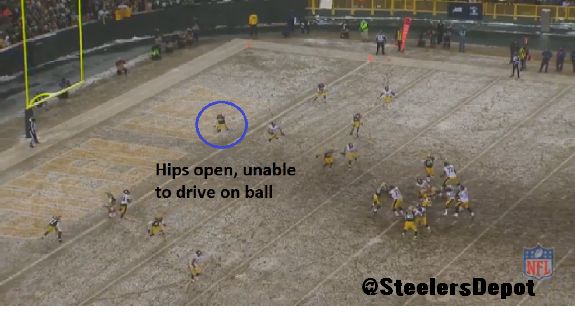 What happens when you remove that underneath level? The Steelers find out on the next series, their very next play. Still Ace personnel but with a more conventional look with a back in the backfield.

Cover 1 for Green Bay. Cornerbacks play it by shading outside and funneling every route inside to the middle of the field towards the safety and underneath clutter. Miller, who the pass is intended for, runs a skinny post. Begins with an outside release that he stems back to the inside. 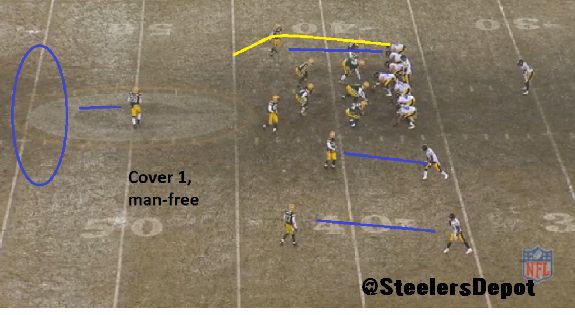 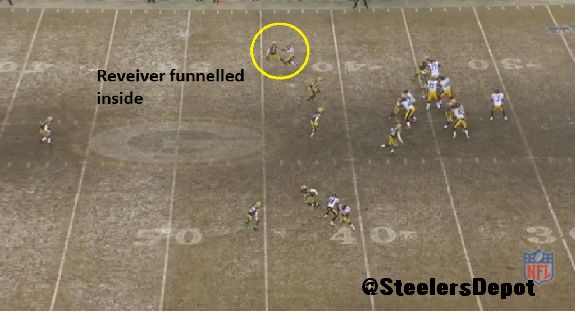 Again, let’s focus on Hawk. Without any underneath route to distract him, after he reads high hat and recognizes pass, he is able to drop into his underneath zone and stick his eyes to Ben Roethlisberger. 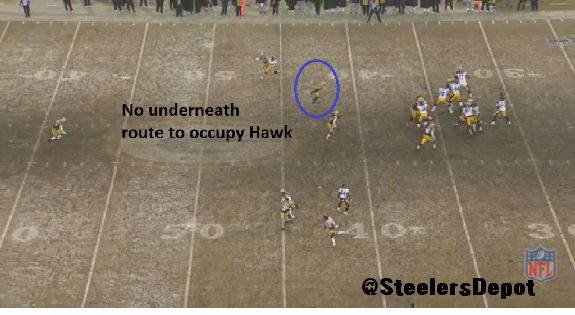 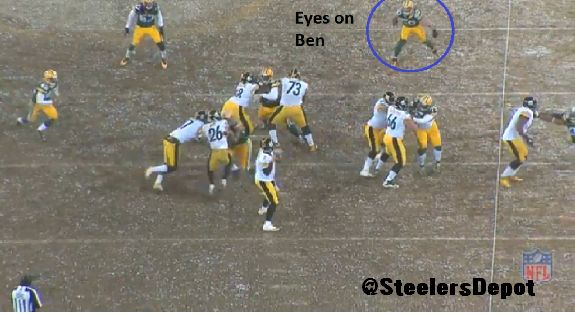 Hawk knows there isn’t an underneath route. There’s nothing coming across the formation to him and since Miller isn’t in front of him, he must be behind. So he’s able to gain depth. Able to read the throw and pick it off.

Green Bay would go on to kick a field goal that drive, cutting the Steelers’ lead to seven.

Of course, it’s an ill-advised throw by Ben, but this sequence tremendously illustrates the value of combination routes. And what happens when they’re not used. As an offense, the last thing you want are defenders that get free passes to stare down your quarterback.