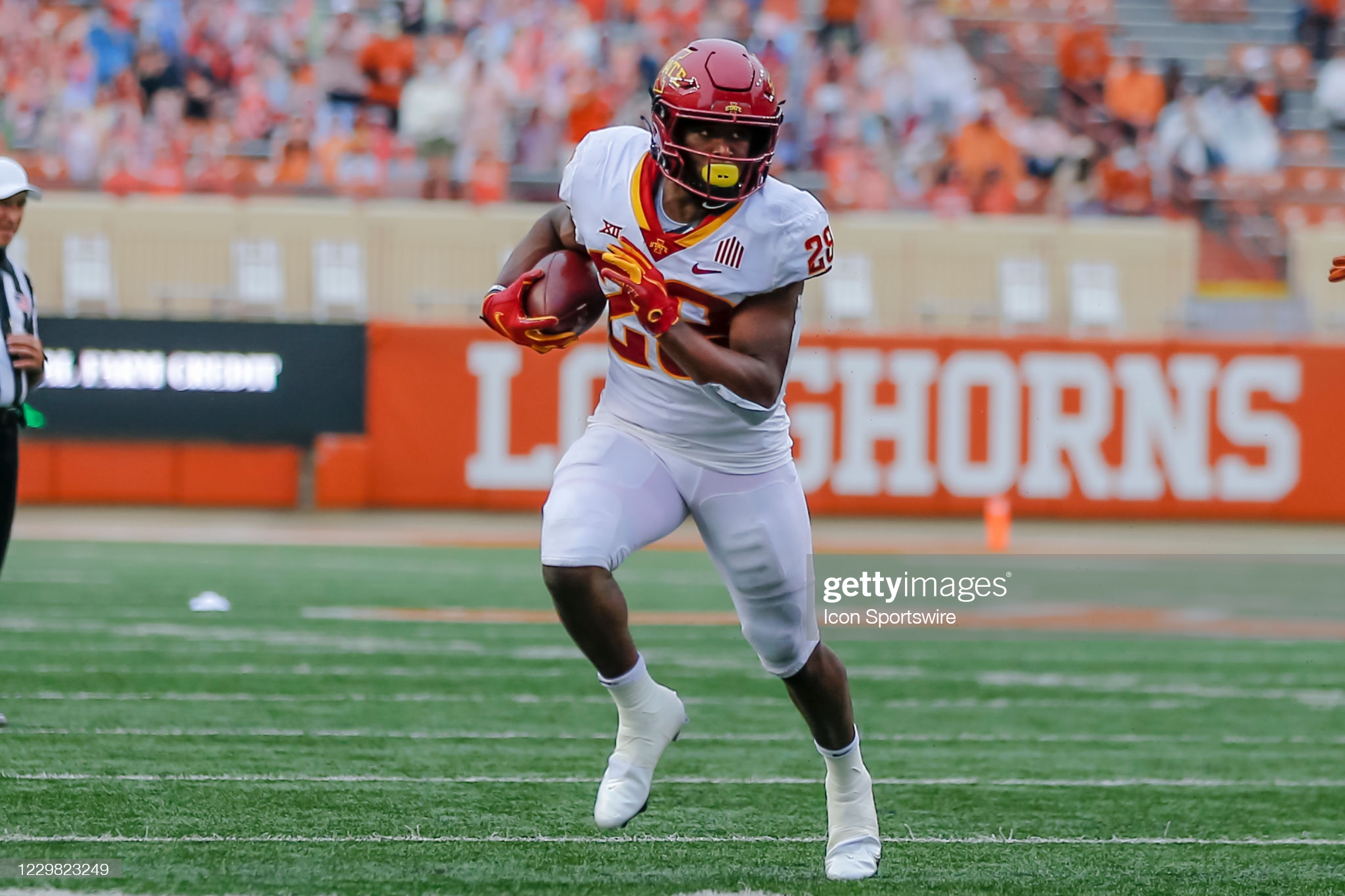 Today I wanted to look at the data from Kent Lee Platt’s Relative Athletic Scores (RAS) for the running backs. Here is a link to his website in case you haven’t seen his work  https://ras.football/. To qualify for a RAS score, a player must have a total of six recorded metrics from any of the following: Height, Weight, Forty-yard dash, Twenty-yard split, Ten-yard split, Bench Press, Vertical Jump, Broad Jump, Short Shuttle, and 3-Cone. The player is then graded on each in comparison to the positional database since 1987 to get more of a feel of their size, speed, explosion, agility, and total value, giving context to the raw numbers. 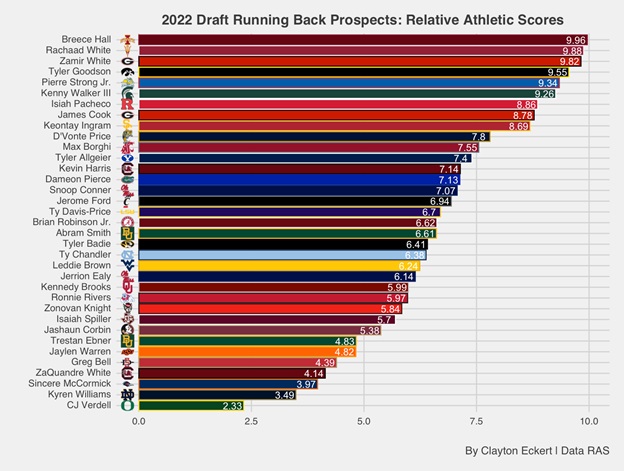 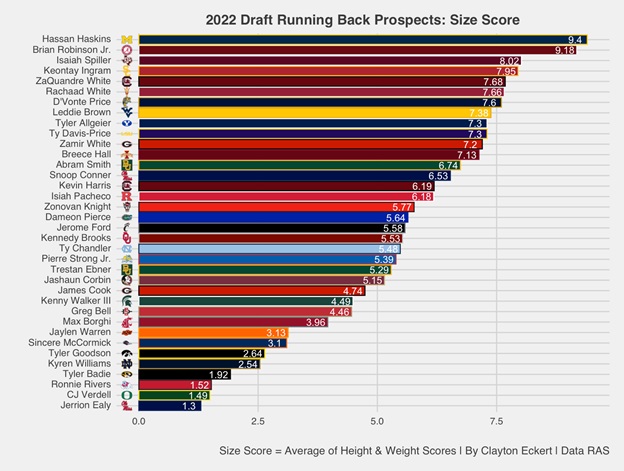 Right away we can see the value of the scores from a Steelers perspective, with their strong tendency of drafting bigger backs and two guys fitting the bill with above nine size scores. Up first is Michigan running back Hassan Haskins and the Steelers have shown obvious interest in him with a pre-draft visit and pro day attendance, but unfortunately he was the only player that didn’t qualify for a RAS. Robinson Jr. is the other and pairs this with a mid-six RAS.

After a huge drop off, Spiller is the only player with an above eight size score along with his mid-five RAS. Several players land in the seven size score range, starting with Ingram who has a high seven size score, pairing this with a mid-eight RAS. ZaQuandre White follows along with his fourth lowest RAS in the low fours. White is close behind and has a much better RAS in the high nines which ranks second. Price is up next and pairs this result with a high seven RAS. Brown begins the lower seven size group along with a low six RAS. Allgeier’s size pairs with his RAS that is also in the low sevens. Davis-Price is tied in size score along with his high six RAS. Zamir White has the third ranked RAS in the high nines, and the final player in this size group is Hall who has the top ranked RAS at the position.

Four players are in the above six size group, starting with Smith who pairs this result with a mid-six RAS. Conner’s mid six size score pairs with a low seven RAS. After a drop off we have Harris who has a low six size score and a slightly better RAS in the low sevens. Pacheco follows closely in size with a strong RAS in the upper eights.

12 players have a size score below five, highlighting the game getting more athletic over the years, with size being the sacrifice overall. We can see them clearly in this visual layering all the qualifying players RAS and size scores to wrap up: 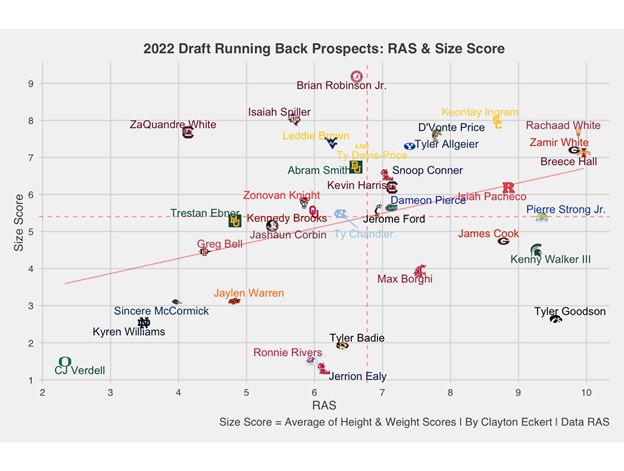 Here we see a wide variety of results on the graph, highlighting different flavors at the position for teams to choose from. Some intruiging names with a good blend of size and athleticism are Rachaad White, Zamir White, Hall, Ingram, Price and Allgeier. Players with above the mean size and athleticism include Strong Jr., Pacheco, Conner, Harris, Pierce, and Ford.

Through Steelers lenses, Robinson Jr. stands out with the ideal size they look for, and while we have numbers for nearly every player that received combine invites, it would have been nice to get a full workout from Haskins and how he would have stacked up in the results given his top ranked size score and Pittsburgh’s obvious interest.