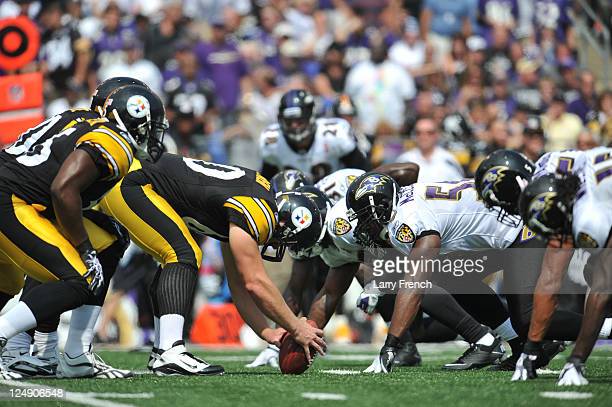 We’ll take this position-by-position. For the final time of this series, we’re breaking down the best UDFA specialists. Kickers, punters, and yes, long snappers. Hope you enjoyed the series.

I’m cheating here, but only slightly. Reed technically spent his first preseason with the New Orleans Saints before getting cut and joining the Steelers late in the 2002 season, replacing the struggling Todd Peterson. Reed immediately impressed — as a rookie, he had no choice — connecting on 17 of his 19 field goal attempts. That gave him the job and he didn’t look back, holding it until 2010.

For his Steelers’ career, he made over 81% of his field goals and missed only three extra points (granted, in days where they were much easier than today). He was money in the postseason, too, making 16 of 18 kicks, and never missed a kick in his two Super Bowl appearances.

Like Reed, cutting a tiny corner here. Miller spent a year with the CFL’s Baltimore Stallions (American-based team in Canada, who knew?) and the ’96 preseason with Seattle before landing and sticking in Pittsburgh. He had a slow start his first year, averaging just 41 yards per boot, but that number steadily improved the next few years (41, 42.6, 43.6, 45.2, the latter of which became his career high).

Miller spent eight years in Pittsburgh, punting the ball 572 times and averaging 42.9 yards per punt. Jordan Berry, believe it or not, is a close second here and could surpass Miller if he sticks around in Pittsburgh for another 2-3 years. Of course, he has tough competition in the form of seventh-round pick Pressley Harvin III.

We have to show some long snapper love, too. Undrafted out of North Carolina, Warren is arguably the most accomplished dedicated long snapper in team history, though the position is new in the sense of having a singular man hold those duties (Mike Webster was the team’s long snapper for quite some time, for example).

Warren played in 181 games for Pittsburgh and is credited with 21 tackles. He served as the team’s long snapper his rookie year as the team went to and won Super Bowl XL. He wasn’t in that role for their second trip, tearing his ACL earlier that year against the Giants (the dreaded James Harrison long snapping game). He’d suffer the same injury the next year, tearing it in freaky fashion on the game-winning extra point to beat Green Bay in 2009.

But he recovered and served as the team’s snapper through 2016. Mike Schneck is your runner-up, but no one holds a candle to Warren’s resume.