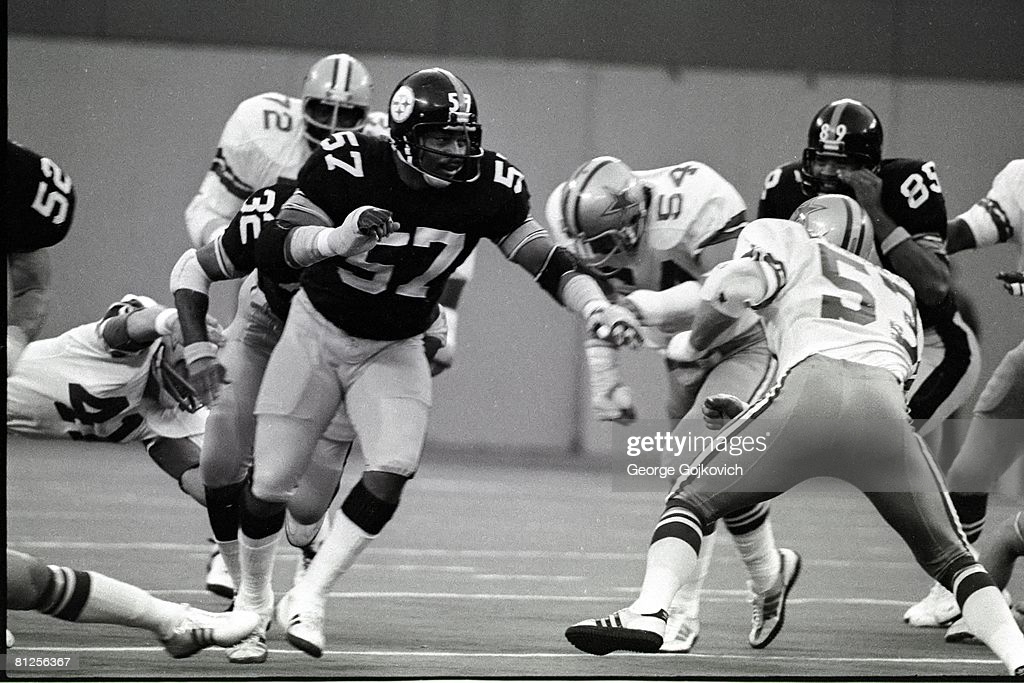 We’ll take this position-by-position. After finishing out the skill positions, we’re turning our attention to the offensive line. Yesterday, we tackled the tackles. Now, we’re sizing up the guards.

Let’s just say this group is a lot stronger than what the offensive tackles were offering. Davis was one of the team’s first great undrafted gems. Seventeen rounds and 445 picks weren’t enough to get Davis drafted (ditto for Coy Bacon, Larry Little, and Jan Stenerud). Davis attended Allen College, a HBCU in South Carolina, and as a McKeesport native, stayed local in signing with the Steelers after the draft.

Despite some lackluster teams, Davis started just five games his first three seasons. But by Chuck Noll’s sophomore season as Steelers’ new coach, Davis was in the starting lineup and started all 14 games. He became one of the very few Noll holdovers.

Davis’ career was never flashy and despite being part of the dynasty, never even made a Pro Bowl. But he was a consistent presence along the interior blocking for Franco Harris, Rocky Bleier, and giving Terry Bradshaw time to find Lynn Swann and John Stallworth downfield.

He was part of all four of the Steelers’ Super Bowls but didn’t start the first two. A foot injury during the team’s 1974 run saw him replaced by Jim Clack who held down that role for the team’s second trophy the following season. But Davis was the starting left guard for the final pair, 1978 and 1979, before retiring after the ’79 season at the age of 35.

In total, he played 13 seasons with the Steelers, started 114 games, and left with four rings on his finger. Not too bad of a career.

Foster is another no-brainer on the list and one of the team’s best recent finds. Foster was undrafted out of Tennessee and began his Steelers’ career as a swing lineman. He played right tackle and both guard spots before settling into left guard for the 2013 season. He became one of the team’s most consistent and durable players, missing just 11 games from 2013-2019 and becoming one of the leaders on some great offenses and stellar offensive lines.

His 145 career starts are second-most by an undrafted player in Steelers’ history, trailing just Hall of Famer Donnie Shell. When Foster retired, he had the second-most UDFA starts of anyone during his playing days. I’d argue one of the more underrated players of the Colbert era. It’s a bummer he never got a Super Bowl ring. He deserved one. Foster is one of the most successful undrafted players in team history.

Blankenship narrowly beat out Keydrick Vincent for this spot. Out of Nebraska, Blankenship worked his way into the starting lineup by 1987, getting three spot-start appearances. He saw more extensive work the next three seasons, starting 12 games in 1988 and 13 games in 1990 before spending his final year in the league (a neck injury cut his career short) making three more starts in 1991. He finished his pro career with 38 of them and 61 total appearances.

He might be best known for ripping off a rat tail under Seahawks’ LB Brian Bosworth’s helmet, calling Boz, who signed an $11 million contract, an $11 player. Here’s a look at the moment. Blankenship is part of the wedge hitting Bosworth at the 25.