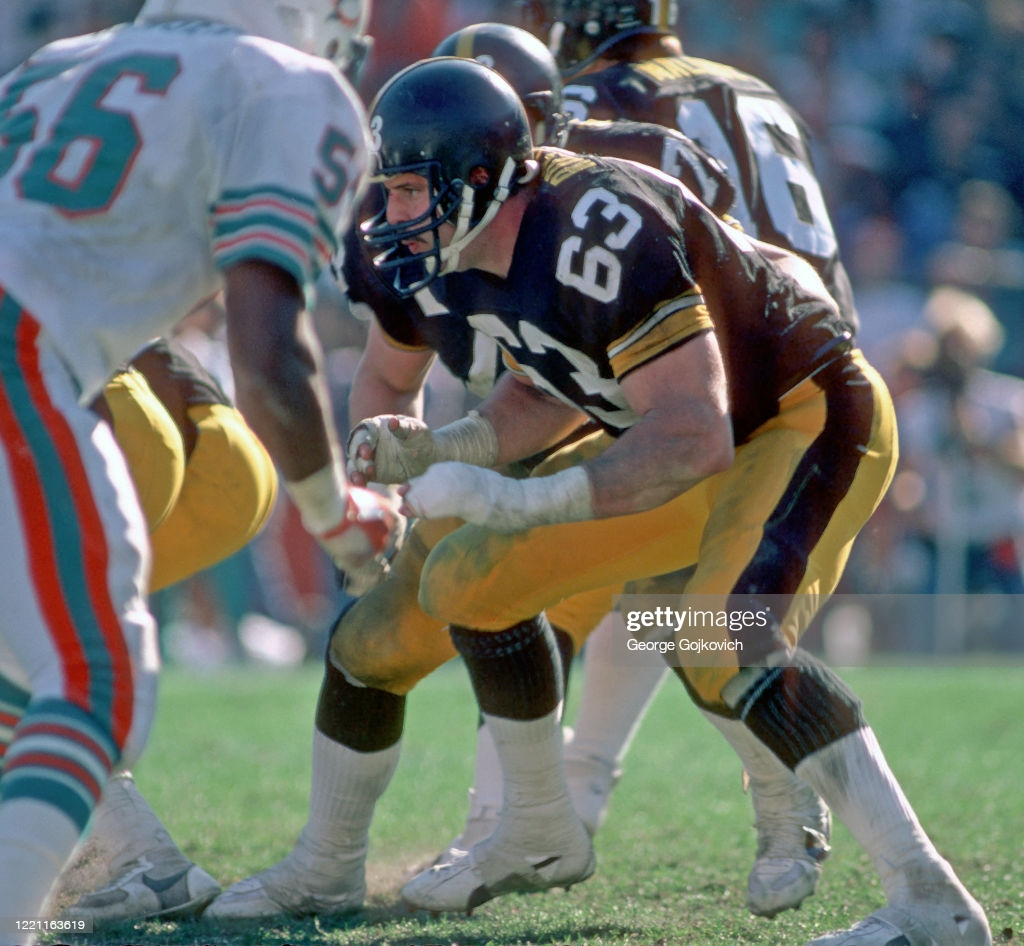 We’ll take this position-by-position. After finishing out the skill positions, we’re turning our attention to the offensive line.

Admittedly, filling the UDFA offensive tackle slots has been about the most difficult and includes least-obvious names of the list so far. The Steelers’ history of great tackles, drafted or not, isn’t nearly as rich as its interior offensive linemen. Wiley (whose first name was John, everyone called him Jack) was an old-school and at times, a two-way player, but he served as the Steelers’ left tackle during the late 40s. According to Pro Football Reference, he’s created with 36 starts over that span.

When Wiley passed away in 2013, Ed Bouchette — then with the PPG — wrote a nice article on Wiley’s life that included this quote from the late Dan Rooney.

“John was a fine player who had five great years with the Steelers, which was a successful stretch for the team under Dr. Jock Sutherland and John Michelosen,” team chairman Dan Rooney said. “He contributed much for the Steelers as an offensive lineman.”

Wiley was a starter on the 1947 “Starless Steelers,” the team’s first playoff appearance and their only one until 1972. In his post-playing days, he became the head coach at his alma mater Waynesburg before taking a job with the Pitt Panthers, helping to recruit players like Mike Ditka.

Rostosky is a more modern choice, though his time in the Steelers’ starting lineup was much briefer than Wiley. Undrafted out of UConn, he was a local native born in Monongahela and according to his Wikipedia page, still lives in the Western PA. He began his Steelers’ career as a defensive linemen, but with the team deep on that side of the line, he quickly switched over to left tackle.

In a 2003 article, Rostosky remembers the work it took to become a great professional and how much those around him pushed him each step of the way. Sometimes literally.

“I can remember running the steps at the [Three Rivers Stadium] with Kolb. We’d run the ramps, and I thought we were done and he’d say, ‘That was just the warm-up.’ Then we’d go run the steps in the upper level.”

In his three years with the team, he made eight starts, including a season-high five of them in 1985. He also started the team’s two postseason games in 1984, a win over Denver and loss to the Dan Marino-led Dolphins.

You could argue Coomer is worthy of one of the top two spots, probably replacing Rostosky. His NFL career was interrupted by World War II, but his best year came his rookie season before he enlisted in the Army and went overseas. He started six games as a rookie in 1941 out of tiny Austin College and was named to his first and only Pro Bowl. He returned in 1945, playing two more years for the Steelers, including their terrible Card-Pitts merger with Chicago before finishing out his career full-time with the Cardinals.

According to this bio, he worked for the Pentagon while playing football, permitted to head over to the football field on Sundays while working his government job the rest of the week.