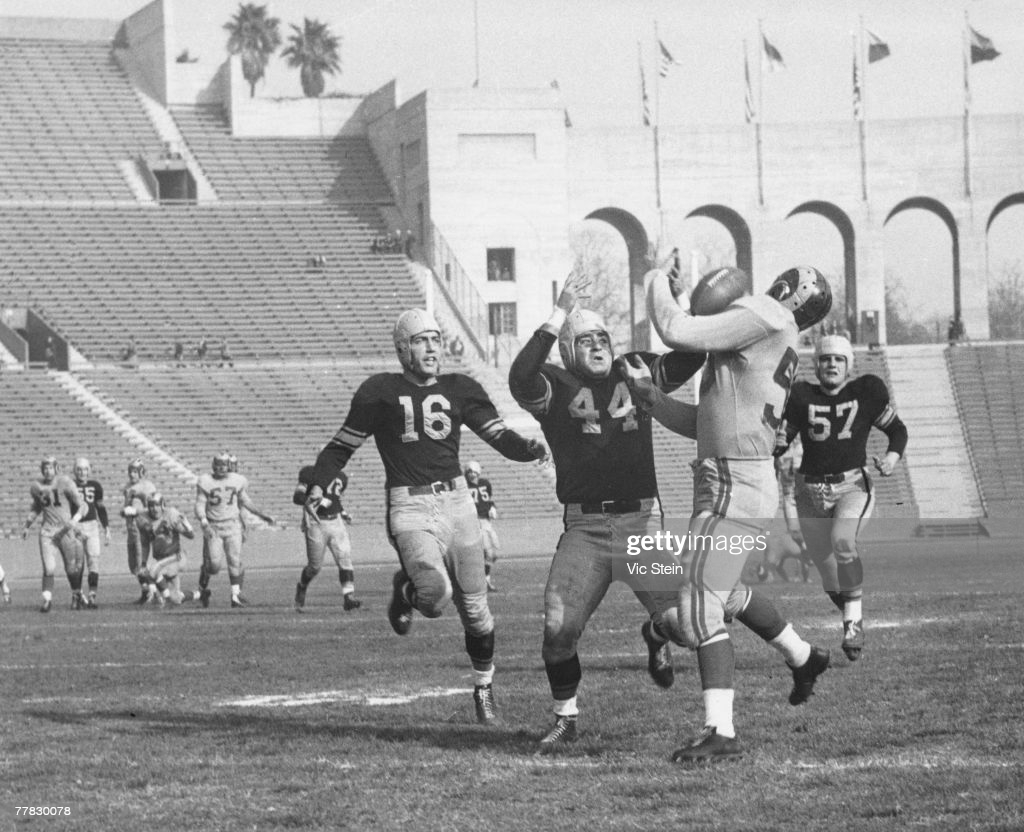 We’ll take this position-by-position. Finishing up the front seven with the inside linebackers.

Hogan played all over in his five years with the Steelers at guard, tackle, and linebacker, back in the days where few players held just one role or even one side of the football (especially the good ones on bad football teams, like Hogan). Undrafted out of Trinity College in 1949, the first from his school to make the NFL, he signed with the Steelers and started two games — appearing in all 12 — his rookie year. Hogan played nose guard in college before making the switch to off-ball linebacker.

He became the full-time starter the following year, starting in the next 48 games over the next four seasons. His most prolific season came in 1952, intercepting four passes, tied for third-most on the Steelers. In total, he started 50 career games for the black and gold, picking off seven passes. In his entire career, he missed just one down. They don’t make ’em like Darrell Hogan anymore.

For reasons not entirely clear to me, his career ended after the ’53 season with Pittsburgh. He went on to coach high school football and track in Texas. Hogan passed away in 2016.

A teammate of Hogan’s for most of his career, Sinkovitz wasn’t drafted out of Duke in ’47. Born in Steelton, PA, he returned to the Keystone state to join the Steelers and picked off three passes, including one for a touchdown, his rookie season. It took him until 1950 before he became a full-time starter, starting 34 games over the next three seasons. Sinkovitz recorded an interception every year he played, finishing his NFL career with ten of them.

His playing career was only with the Steelers but he remained close to the game after it. He would go on to serve as an NFL umpire for 26 seasons and officiated Super Bowl XV that saw the Raiders beat the Eagles. Here’s a photo of him officiating a game in 1971.

This article from Sports Illustrated in 1996 shares this great story between Walter Payton and Sinkovitz.

“There are some lighter moments on the field as well. Former Bears running back Walter Payton is, by all accounts, the officials’ alltime favorite player. Sweetness, as Payton was nicknamed, loved teasing officials, and one of his favorite games was untying their shoelaces. Early in one game Payton surreptitiously undid Frank Sinkovitz’s laces so many times that by halftime the official was fuming. Early in the second half, Payton landed on the bottom of a pileup. As Sinkovitz knelt down to break it up, he felt a hand on his foot. He looked down and saw an arm sticking out of the heap, the fingers on his laces.

Payton howled with laughter. He said, “What took you so long, Frankie?”

Had a couple of options for honorable mention here. Close competition but Stowe won out. A UDFA out of Rutgers, he played four years with the Steelers, starting seven over his first two years. The prime of his career came with the Phoenix Cardinals, starting 33 games there and recording 119 tackles in 1993. He spent two more years in the league, one with Washington, the other with Seattle.

For Pittsburgh, his career was brief and not extremely notable so maybe part of the reason why he’s here is for his successful post-Steelers’ career. He beat out Marv Kellum, Jack Lambert’s backup, and Brian Stenger.