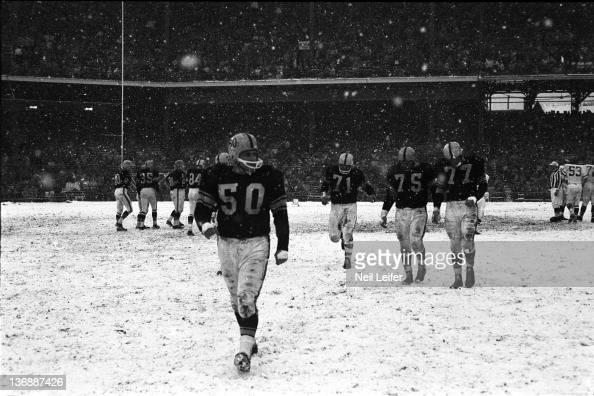 We’ll take this position-by-position. Moving along with the Steelers’ defense and the top UDFA outside linebackers they’ve ever had.

There are two names on this list. One is obvious, the other less so. You can take a guess at which category Harrison falls in. One of the greatest undrafted players in team history, his career didn’t really get started until he was 29. He had to claw his way to stay in the league, cut by the Steelers and Ravens multiple times and spent a stint with NFL Europe’s Rhein Fire in 2003.

Starting just eight games from 2002 to 2006 with only four total sacks to his name, he became the Steelers’ full-time starter in 2007. Immediately, he made an impact, racking up nearly as many forced fumbles (7) as he did sacks (8.5) that year. 2008 was by far his best season, terrorizing QBs with 16 sacks, another seven forced fumbles, en route to a Steelers’ Super Bowl and Defensive Player of the Year honors.

He continued that success into his 30s. His run from 2007 to 2011, putting up 54 sacks and 27 forced fumbles, was one of the most dominant stretches in Steelers’ history. Harrison played excellent run defense, a squatty, rock-solid body almost impossible to move.

After a year with the Bengals, he came back to Pittsburgh and still put up solid numbers into his mid-30s. In his second stint, he picked up another 13.5 total sacks and became the franchise’s all-time official sack leader, surpassing Jason Gildon. His workouts were – still are, really – legendary and he’s pound-for-pound one of the strongest and toughest players to ever put on a Steelers’ uniform. High praise well-earned, even if his career in Pittsburgh ended in a bit of a mess. It’s hard to hold grudges against a guy that made one of the Super Bowl’s most iconic plays and helped bring home a sixth trophy to the city.

Here’s the much less obvious name on this list. After playing college ball at Pitt, he stayed local and signed with the Steelers as a UDFA in 1955. Unlike Harrison, it didn’t take Reger long to make an impact. He started ten games his rookie year, intercepting two passes, while recovering five fumbles (he did play some guard on offense in those two-way days so that may partly be where that number’s coming from).

Here’s a list of Steelers’ defenders who made three consecutive trips to the Pro Bowl:

A long list, sure, but it’s a who’s-who of Steelers’ defenders. And he’s on that list. Not even Mel Blount made the Pro Bowl three straight seasons.

In Reger’s career with the Steelers, he would start 90 games, intercept nine passes, and was known as one of the better outside linebackers of his day. He spent three more years with Washington, picking off another six passes and starting all 40 games he played in.

You might be surprised to see Frazier’s name show up on this list especially following two great careers like Harrison and Reger. That there had to be someone inbetween.

That would make two of us surprised.

I combed through Steelers’ history the best I could but can’t come up with another true outside linebacker. 4-3 or 3-4. Lots of middle/inside linebackers (Brian Stenger, Marv Kellum, Tyronne Stowe). If you squint real hard, you can convince yourself Terence Garvin could be classified as an outside linebacker since he could play there in the loosest sense of the word.

If I missed someone who fits the criteria, by all means, let me know. But right now, Frazier is that guy (it was him or Ola Adeniyi). A UDFA out of Cincinnati, Frazier notched 11 tackles and one sack as a rookie. He was cut the following summer, spent 2006 with his hometown Bengals, before circling back to Pittsburgh the following year. Harrison appeared in 48 games for the Steelers, never starting a game, but recording 34 tackles and a pair of sacks. He also blocked one punt, serving well on special teams throughout his time with the team. A knee injury ended his career in 2010.