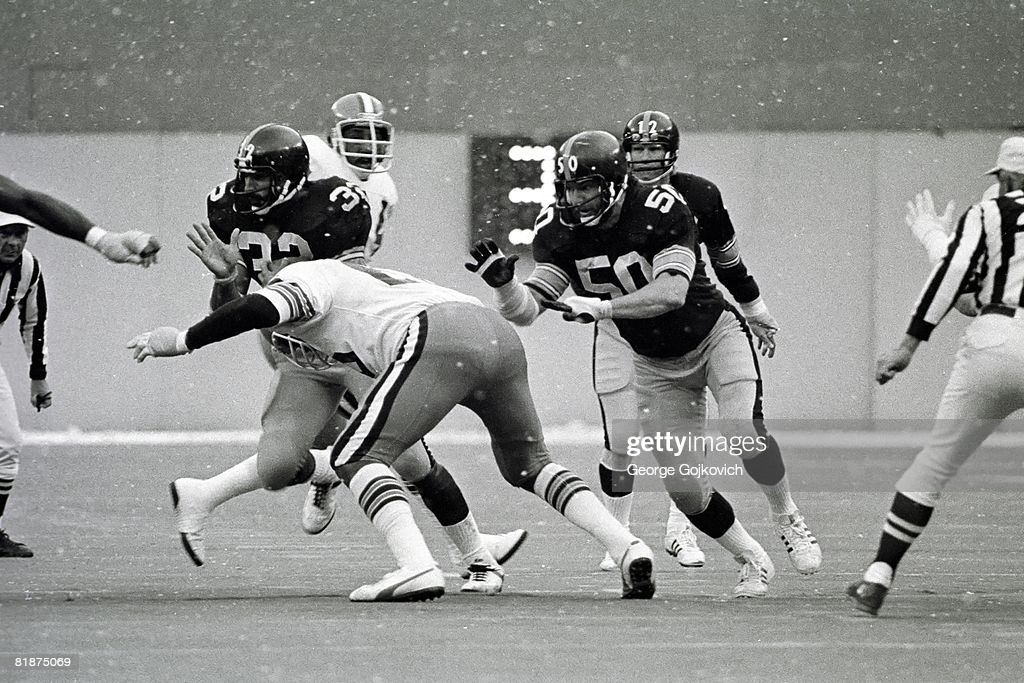 We’ll take this position-by-position. After finishing out the skill positions, we’re turning our attention to the offensive line. Finishing up the offense with the best UDFA center.

Ok, I might be stretching this one a little bit. It’s true, Clack primarily played guard in his Steelers’ career. But he also logged time at center and he was just a hard guy to leave off the list. Undrafted out of Wake Forest in 1970, he was given a $500 signing bonus to join the team. A reserve for his first three seasons, he finally caught a break in 1973, starting five games, primarily at center in place of Ray Mansfield.

He would spend most of the rest of his Steelers’ career at guard, starting the team’s first two Super Bowls in 1974 and 1975. Clack wasn’t around for the next two, traded away to the New York Giants after the ’77 season. He was the center for, and I didn’t know this until the other day, the Miracle at the Meadowlands, snapping the ball on what should’ve been the game’s final play of a Giants’ victory. Instead, the ball was fumbled, picked up, and run into the end zone by Jets’ LB Herm Edwards.

The snap and ensuing disaster wasn’t Clack’s fault but a cool piece of trivia. For us. Probably not Clack.

Legursky edged out B.J. Finney for this spot primarily because Legursky started a Super Bowl in the middle. In fact, it was his first NFL start at center, replacing Maurkice Pouncey in the Steelers’ loss to the Green Bay Packers.

He would go on to start 17 career games for the Steelers, a versatile interior piece who played guard, center, and was even used as a goal-line fullback in the team’s “Bronco” packages. Legursky appeared in 61 total games for the Steelers, a first stint with the team and his second one for his final season in 2015. He was undersized with stubby arms but carved out a seven year career. Not bad for a longshot.