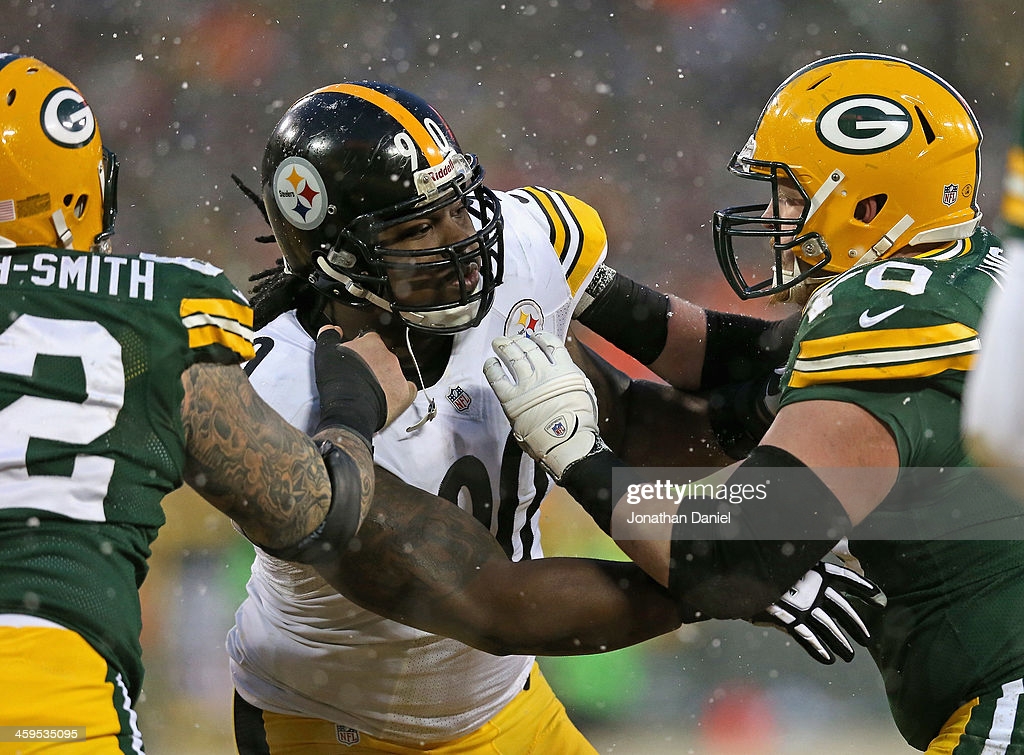 We’ll take this position-by-position. Flipping over to the defense with the best UDFA nose tackle.

McLendon was one of those guys who hung around the Steelers’ roster long enough to finally earn his shot. Undrafted as an undersized nose tackle out of Troy, all 6’1, 306 pounds, he scratched his claw onto the roster. After spending his entire rookie year on the practice squad, he began 2010 there too before earning his first call-up in September, recovering a Vince Young fumble. He would only record two tackles that year and was inactive for the final quarter of the season.

Still, he hung on. McLendon made his first start in 2011 and became the full-time starter by 2013. His numbers were far from spectacular but that wasn’t his role. He needed to be the team’s plugger in the middle and though he had a different body type and playing style than say, Casey Hampton, it worked well. That photo above, him taking on two blockers? That was his role. And he did a terrific job.

In six years with the Steelers, he appeared in 79 games, starting 31 of them, and registering 90 total tackles with five sacks. He turned that success into multiple contracts, a three-year deal with the Steelers and then another three-year pact with the New York Jets. He started 59 games for Gang Green and had a career-high 3.5 sacks his first year with the team in 2016.

McLendon moved on to Tampa Bay and won his first ring with the Bucs in 2020. Certainly one of those guys you root for and it’s a credit to his work ethic and discipline to still be playing football at the age of 35. NFL’s version of a rags to riches story.

Close race between McLendon and Hokie Bro. But Hoke takes the honorable mention. He had an even longer wait to seeing NFL action. Undrafted from BYU in 2001, he wouldn’t appear in an NFL game until 2004 when he was 28 years old. But he started ten games that season, recording a career-high 39 tackles and one sack.

He became Casey Hampton’s trusty backup for his career, only starting eight more games after that ’08 season but appearing in 114 total. He won two Super Bowls with the team, 2005 and 2008, and were part of some really stellar defenses. Hoke spent his entire career with the black and gold. The type of reliable-backup career you just don’t see much anymore.