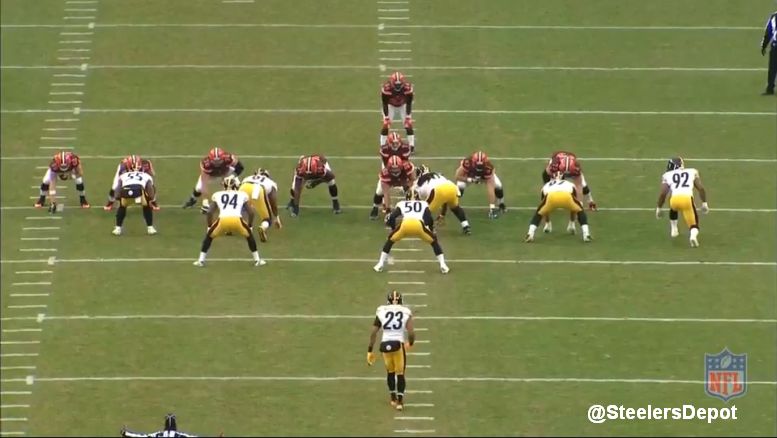 We wrote about gaps before and we’ll stay on a similar track here. But we’ll breakdown the different alignments and “techniques” a defensive lineman can line up in. It’s draft season so you’ll hear things like “zero tech” “three tech” and “five tech” all the time. Let’s breakdown where those positions really are.

Here’s the basic way to think of it. It’s all about how a defensive lineman lines up in relationship to the offensive line.

Those are the most common ones and the well-known “Wide 9,” used by teams like Jim Schwartz’s Philadelphia Eagles, meaning the ends line up as the “nine technique, wide on the line of scrimmage. Here’s an example of it with the Buffalo Bills in 2014. Check out Mario Williams and Jerry Hughes, #94 and #53. 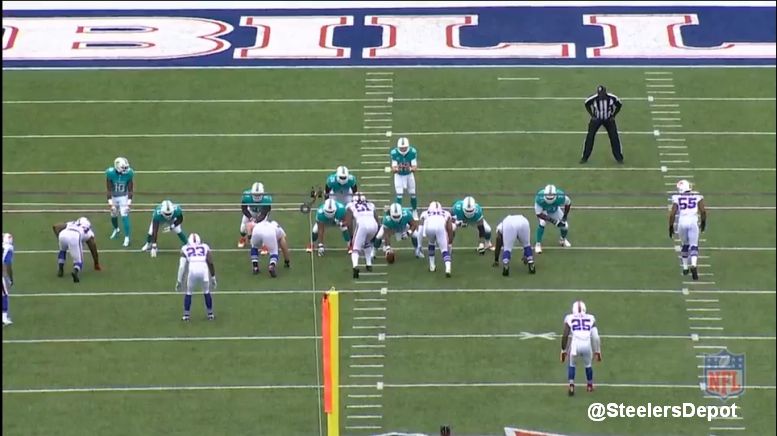 And we’ll give you a couple other examples of the other techniques.

Here, Cam Heyward and Stephon Tuitt are part of the Steelers’ nickel package, the most common grouping you saw last year and are likely to see again in 2016. Tuitt is lined up as the one tech, between center and guard, while Heyward is the three tech, between guard and tackle. In a way, this functions like a 4-2 front. 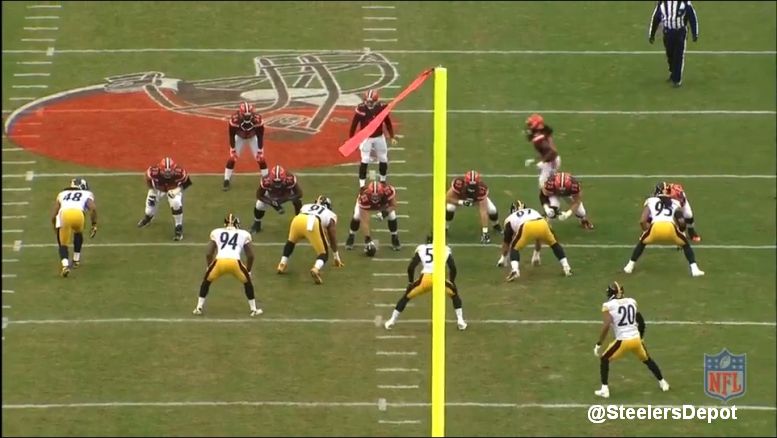 And here is the Steelers’ defensive line in their base 3-4. Steve McLendon is the one tech, shaded over the center’s left shoulder, Tuitt is lined up as the three, and Heyward is the four, though technically, we’d call him the 4i because he is shaded inside the tackle.

In reality, Steelers’ defensive ends don’t line up as a true five – outside shoulder of the OT – very often. I’d actually love to do a study and see what the exact percentage is. Maybe something fun to do in the offseason.