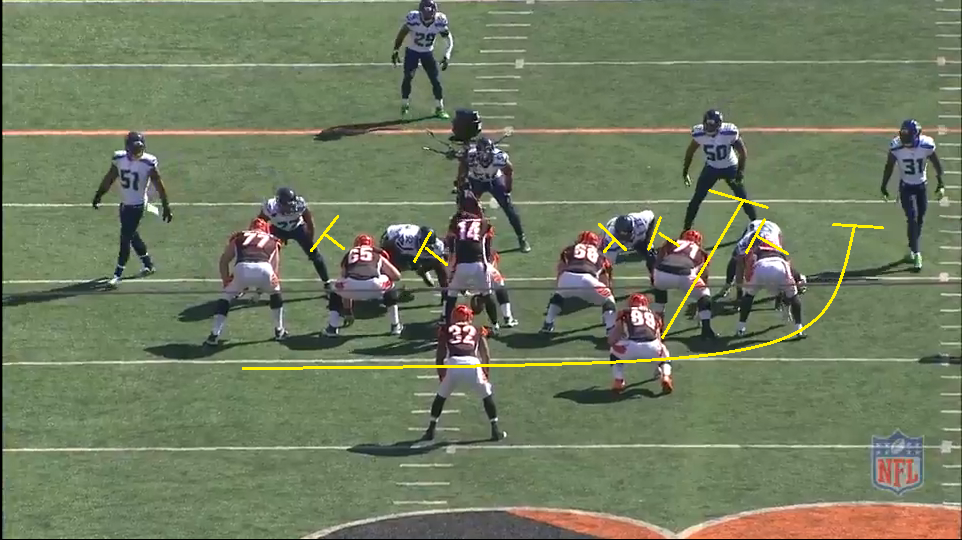 We’ll begin with the Dart play, a run block that can be identified by the backside tackle (BST) pulling across the line to the playside and acting as a lead blocker. I chose this concept specifically because it’s one I’ve seen the Cincinnati Bengals use. We’ll highlight that shortly.

The dart is nothing more than a downhill isolation scheme. It’s also usually paired with a counter from the back to add some misdirection. Another key block is a combination block on the playside defensive tackle to keep him from getting penetration and forcing the run wide.

We’ll draw it up here versus a general alignment. 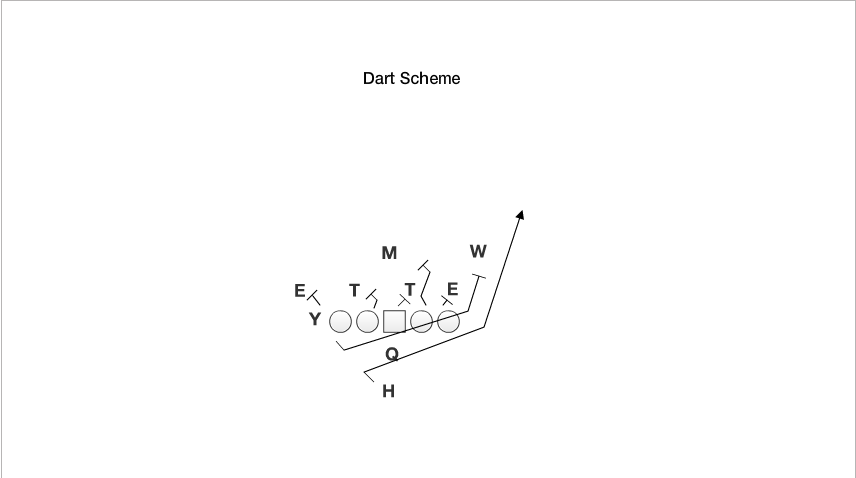 And the blocking assignments.

Playside Tackle (PST): Base/reach the strong side end. If the end is wide or quick and difficult to reach, sometimes the tackle can pass set and influence the end upfield. Almost like a draw.

Backside Tackle (BST): Pull and kickout the playside WILL linebacker

And let’s show it on the All-22. Here are the Bengals running it in Week Five against the Seattle Seahawks. It’s out of a different grouping. TE to the playside and out of two back so the blocking scheme is a little different. But the core is the same – double-team the playside tackle, pull the BST and have him work through up the hole. 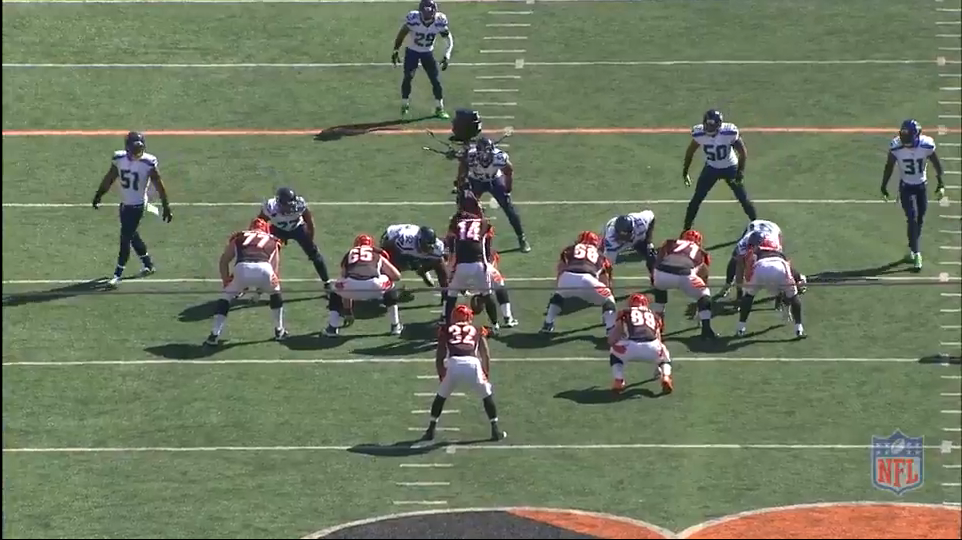 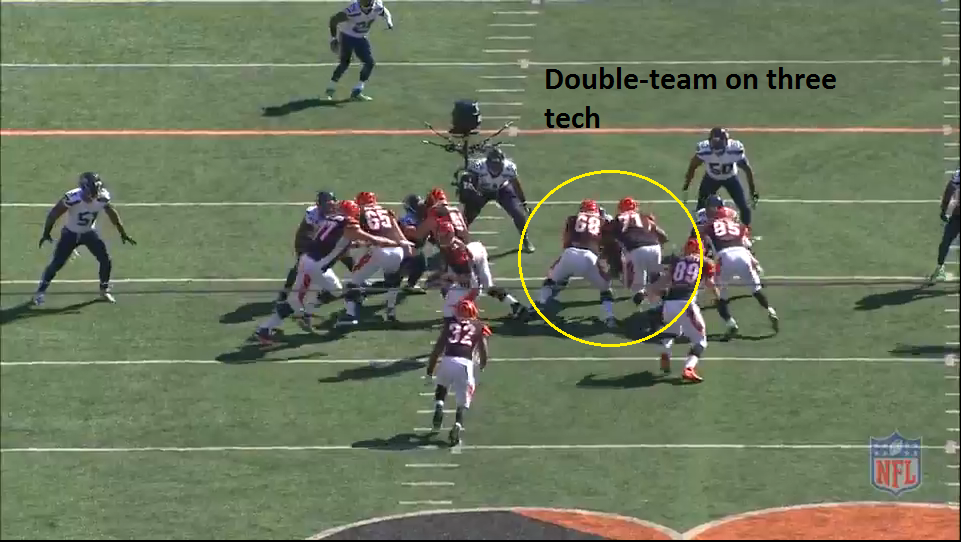 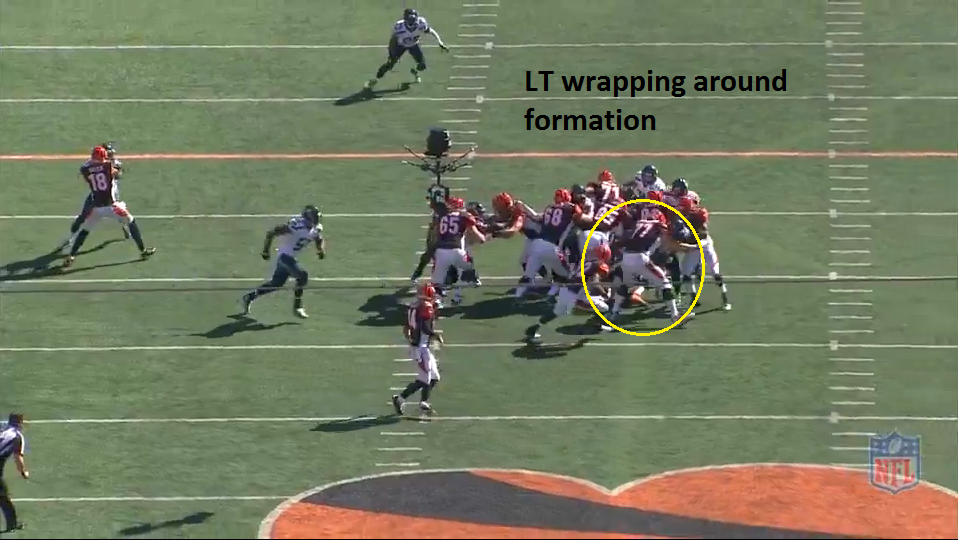 It’s a scheme you don’t see a ton at the NFL level. I’ve seen the New England Patriots use it but overall, it’s rare, and definitely not in the Pittsburgh Steelers’ playbook. And it is worth noting this is usually run against even (4-3) fronts, not the 3-4 the Steelers use. But just another thing Keith Butler has to prepare for.