Didn’t have one of these last week, but don’t want you to think we’ve discontinued the series. We’re back with a brief rundown of packaged plays, something we also refer to as run/pass options (RPOs). We’ve written about it a lot and because of that, I wanted to dedicate a post to breaking it down.

It’s as simple as it sounds. There is no designated run or pass. It gives the quarterback the option for either, depending on how the defense reacts. Often times there’s a box count check to determine the run or pass. Depending on the scheme, seven or more in the box could mean pass, six or less meaning run. Or the coverage you get on the outside. A soft corner could mean throwing a screen while a corner rolled up could mean sticking with the run.

There are so many examples and variations of it – it isn’t one, universal play like a spot concept we talked about earlier this week. That’s important to keep in mind. The Pittsburgh Steelers have zone and power runs in their packaged plays. They have some vertical routes and some horizontal ones in the passing game. One staple is their zone run packaged with a swing/seam route. Here it is drawn up.

And in action, something Landry Jones ran weeks ago against the Arizona Cardinals. He would up hitting the isolated receiver for a big gain. Seven man box, leading Jones to throw because there are only five blocking. Numbers don’t add up. 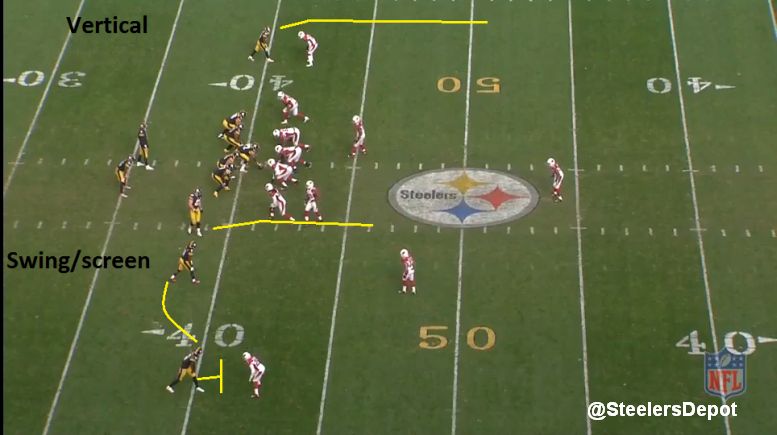 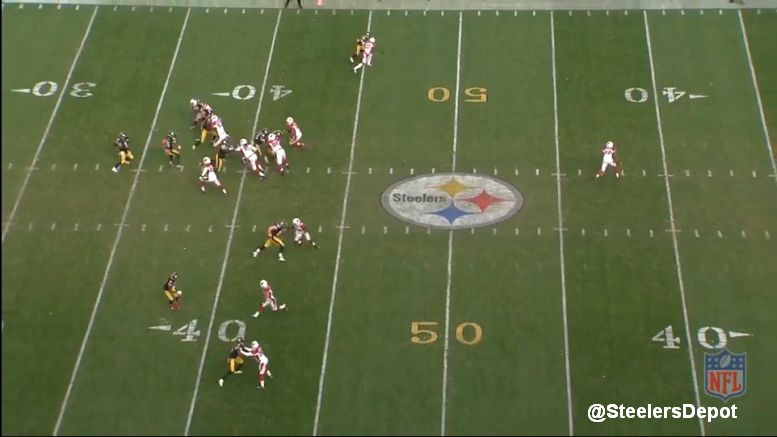 These are plays that are in most team’s playbooks and probably in every single one for ones that have a franchise quarterback that can be trusted with making such split-second decisions. With a guy like Ben Roethlisberger, you have all your trust in him, and running these can put the defense in lose-lose situations. Very hard to scheme against, forcing you to play fundamentally sound against every possibility.