We’re going to keep things really simple this week but discuss a concept that helped me visualize football’s passing game more than maybe anything else I’ve ever read.

It can be hard to keep up with what to call receivers? Outside and slot? Flanker and split end? What is the 2nd tight end called? Or the third wide receiver?

While you could have your own set of terminology, there is a much simpler way to understand where these players are lining up on the field.

It’s important to highlight this if you read our site in particular because that’s how I almost always refer to it in that vein.

I’m there are two receivers to the field and I say, “#2 to the field,” you know I’m talking about the inside, slot, receiver. And remember that it is flipped for each side. You can have two #1 and in all likelihood, will. Just like you see in the above picture. The center divides the field into two halves.

One last, slightly more advanced concept bouncing off of this. When we’re talking about pattern reading – as we love to do on here – it’s critical to be able to communicate the defender’s receiver. The receiver is a fluid one because of pattern reading’s nature, defending the play differently based on how the offense runs their routes.

So you might hear the phrase “2 up is 2” in a coaching clinic or breakdown here or someone else on the Internet. That simply means that the player who was #2 pres-nap, has remained #2 based on his route. 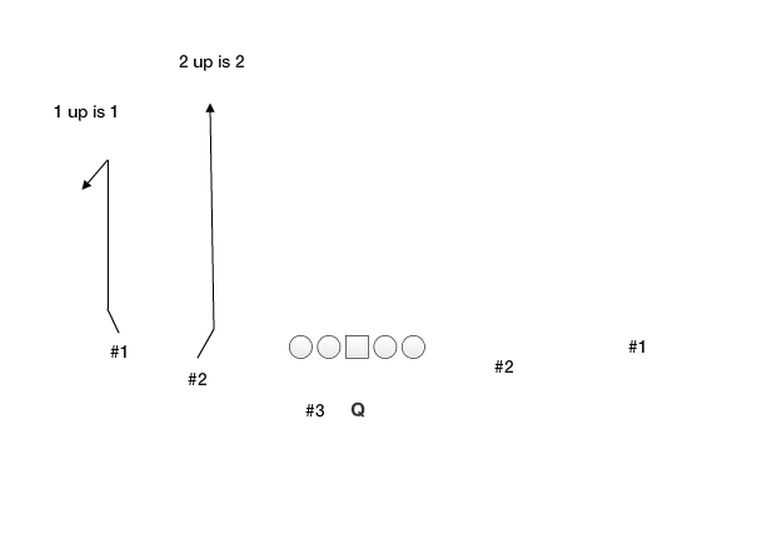 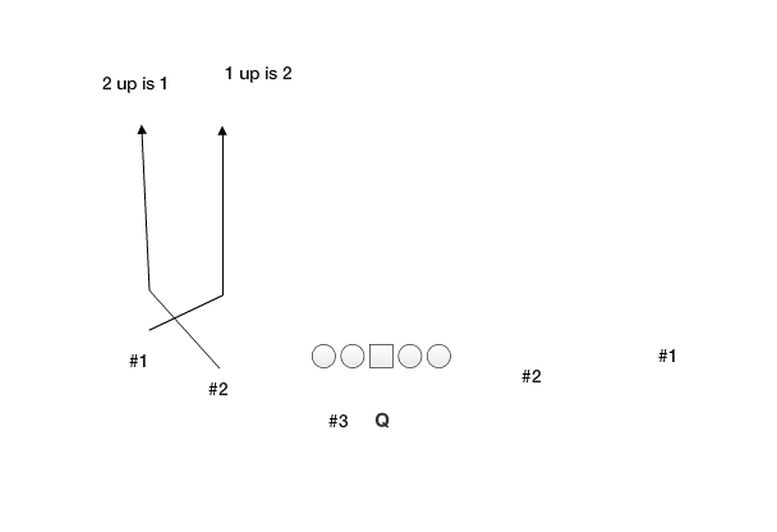 If #2 pre-snap ran a dig route away from the defender and the running back, #3 pre-snap, pressed vertically out of the backfield,  the back would become the new #2. 3 up is 2. 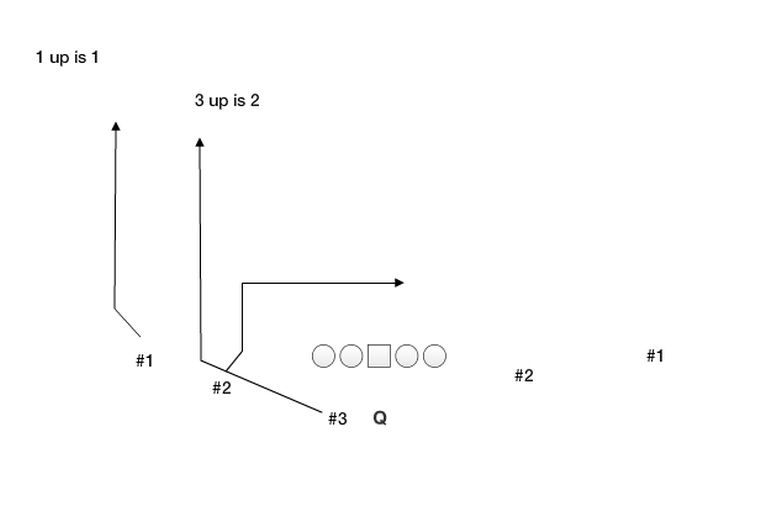 If that’s too confusing to grasp, don’t worry. It’s not a phrase used too often so unless you’re looking to find it, you aren’t likely to run into it. I’ve never even mentioned it before until today.