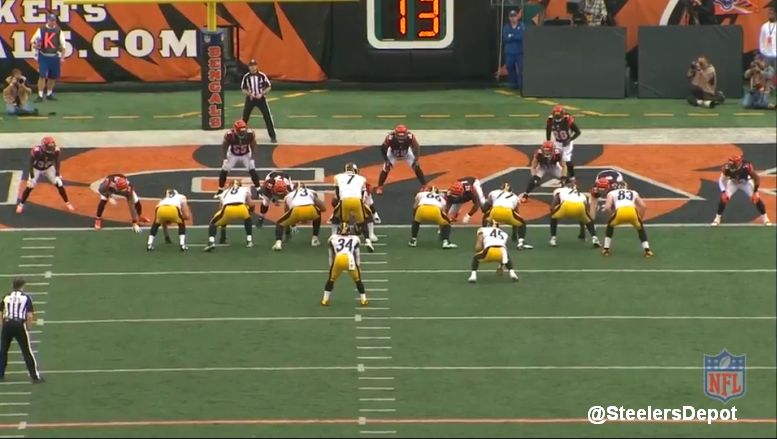 A reach block is a block by an offensive lineman or tight end where they have to cross the face of a defender and seal him off. It’s a difficult block, one that requires a high degree of athleticism and technique.

Here’s an example from late in the Pittsburgh Steelers’ 33-20 win over the Cincinnati Bengals in Week 14. David DeCastro is going to be asked to block three technique Pat Sims. Sims is shaded to DeCastro’s outside shoulder. 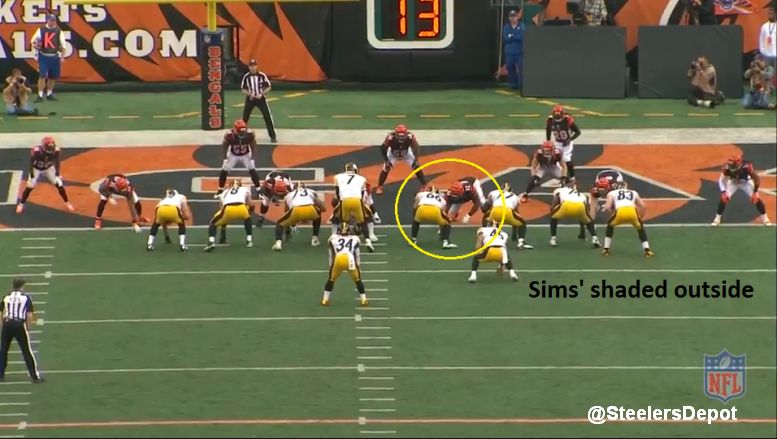 And on this power run, with no help, DeCastro is going to need to reach him, gaining outside leverage and sealing him inside. 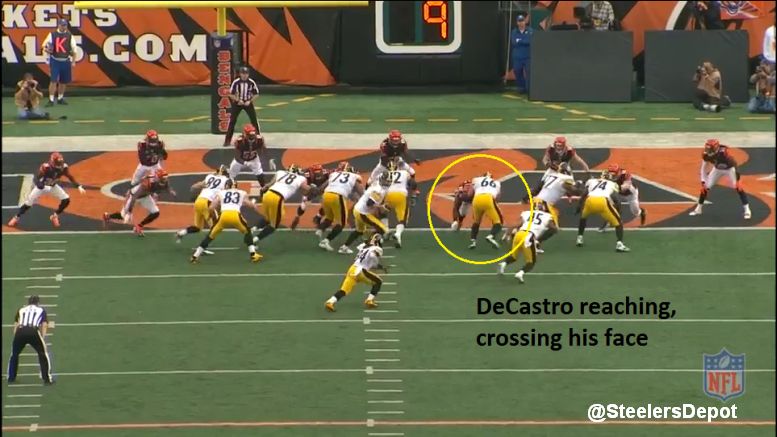 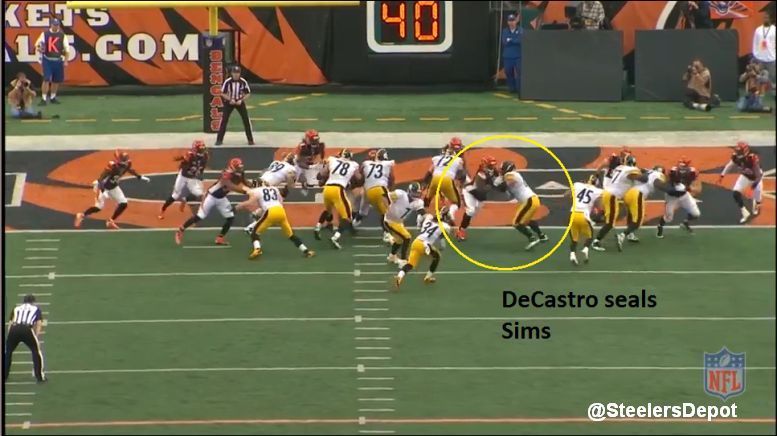 Granted, Sims plays with pretty awful technique off the snap, lumbering and falling forward. It makes DeCastro’s job much easier. But DeCastro’s quickness off the line, ability to cross Sims’ face, leverage and seal are still on display. DeAngelo Williams follows his fullback through the hole and off the guard’s hip, plowing into the end zone to seal the victory for Pittsburgh.

DeCastro’s quickness of the ball is one of the best in the league and to me, far and away his best individual trait as a player. He’s so quick that at times where he is asked to zone to the left, I’m convinced the Steelers will widen the split between he and center Cody Wallace. This avoids DeCastro stepping on Wallace’s toes, who is significantly slower off the ball. It’s that ability that allows him to be such a great player, reaping the rewards with a Pro Bowl trip and All-Pro selection.

And hopefully a Lombardi.