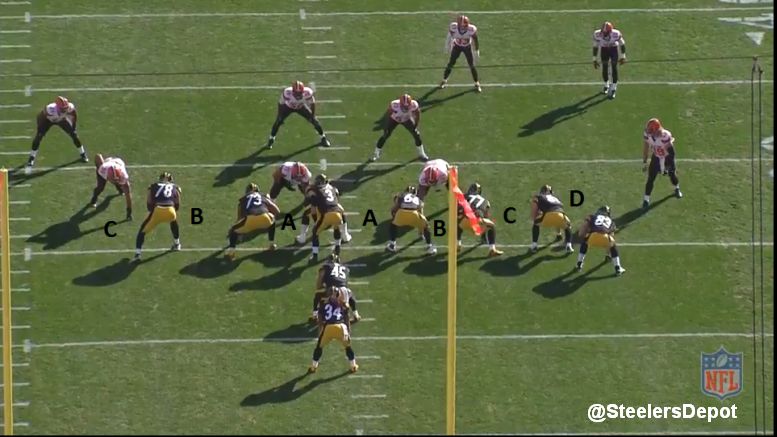 We focused on the offense’s side last week so we’ll flip over to the defense, though in a way, this can be useful for both sides of the ball. Another simple idea – this is a 101 series after all – that we often reference. What is the A gap and where is it located along the line? What about the rest?

Each letter is assigned to a particular spot between two offensive lineman along the line of scrimmage. We’ll list the most common ones below.

For those visual learners, here it is shown below.

And a look at it from Sunday’s game against the Cleveland Browns.

It’s why you hear the term “one gap” and “two gap.” One gapping defenses tell their lineman to worry about defending just one gap, shooting through and penetrating. Two-gap defenses are less aggressive, holding the point of attack and filling a gap to either side. The nose tackle, for example, will be responsible for both A gaps in a two-gap defense. As complicated as the game can be, sometimes concepts just explain themselves.