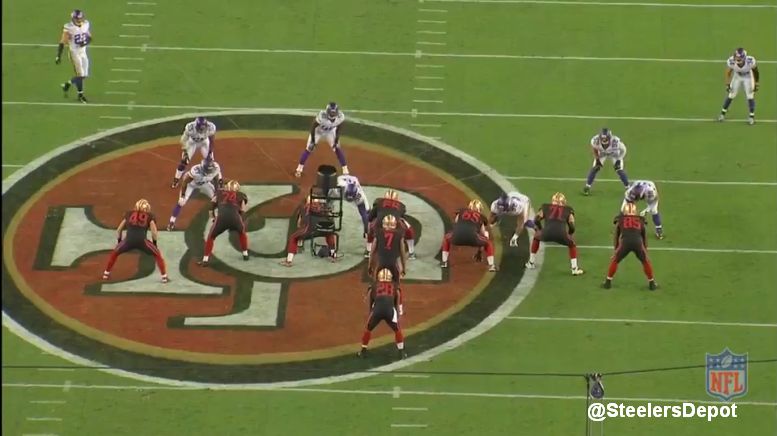 A new series we’re going to sprinkle in throughout the regular season. A Football 101 where in each segment, we’ll examine one football term that the casual fan isn’t familiar with or doesn’t quite know.

That’s critically important. The funny thing about football is that you never stop learning. It isn’t finite like math (or at least, I assume math is finite, though I’m an idiot). You don’t clap your hands and think you’ve amassed all the knowledge, coasting off of that for the next 20 years. From me to Bill Belichick, we’re apart of an ever-evolving game. If you’re not learning, someone is passing you by.

Our first term we’ll delve into is the scrape exchange

It’s worth exploring this term because of Sunday’s matchup against the San Francisco 49ers. For teams that run the read-option, scraping is a great way to defend it.

Essentially, it’s crashing the edge rusher and replacing his gap with an off the ball linebacker. It’s a popular way to defend the read-option/veer.

Scraping takes away both options. The EMOL crashes down, taking away the give to the running back while the scraping linebacker works over the top and becomes the edge defender, taking away the quarterback’s ability to keep the football.

Here it is out of nickel with the LOLB crashing and the linebacker scraping over the top. 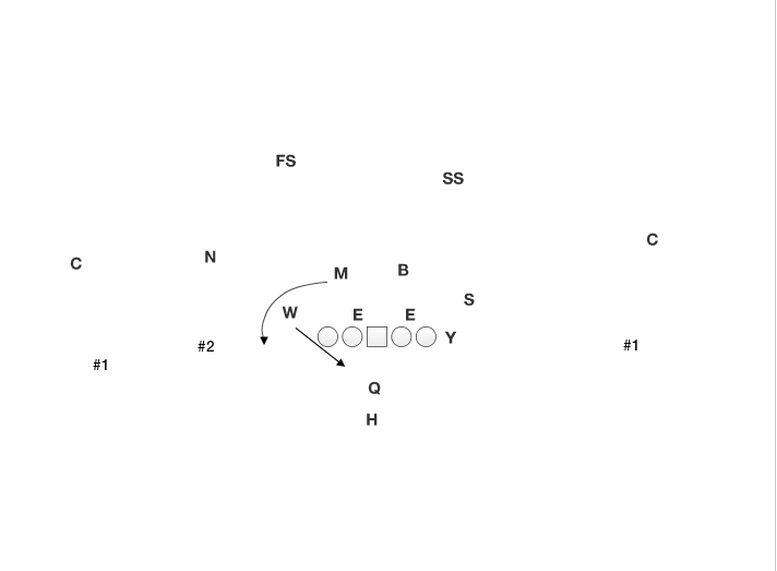 An example from it by the Minnesota Vikings, the 49ers opponent Monday night. You can see the right end crash while the linebacker works over the top. 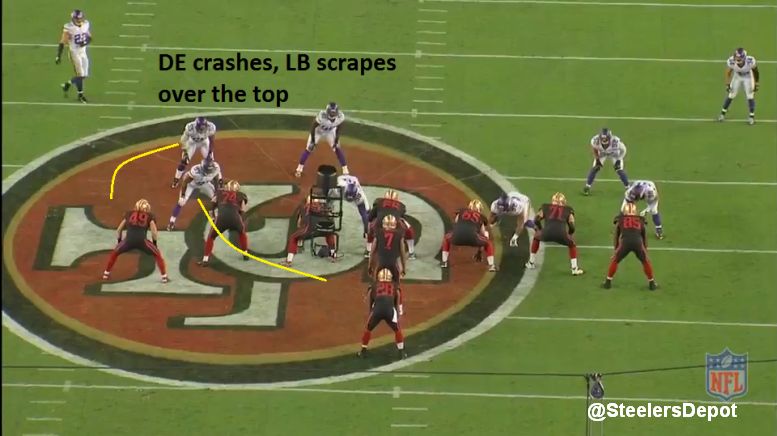 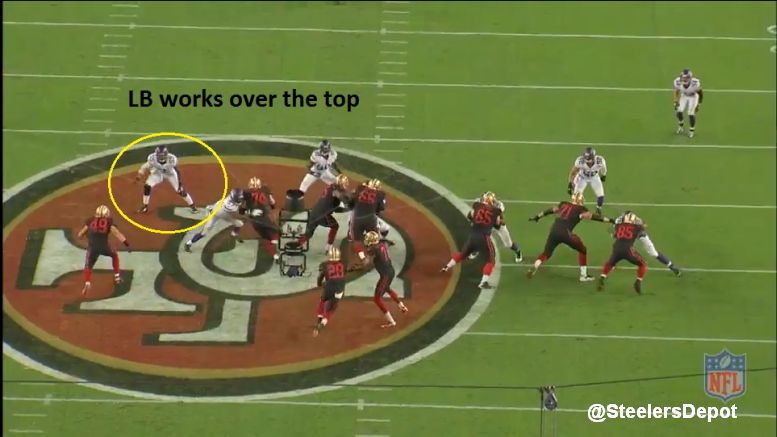 The 49ers have Bruce Miller to that side in order to block the linebacker but you get the idea. If Miller isn’t there, the linebacker is free to chase down the quarterback. If you apply that to spread offenses that don’t run the multiple tight end sets like the 49ers, you can see why this is so attractive. You stop both threats, have your cake and eat it too.

The Steelers have used this sporadically throughout the preseason. It’s not just to stop read-option schemes, it’s a good way to introduce a new run fill that makes it harder for the offensive line to block. It’s in the playbook and I’d expect to see some of this on Sunday afternoon.