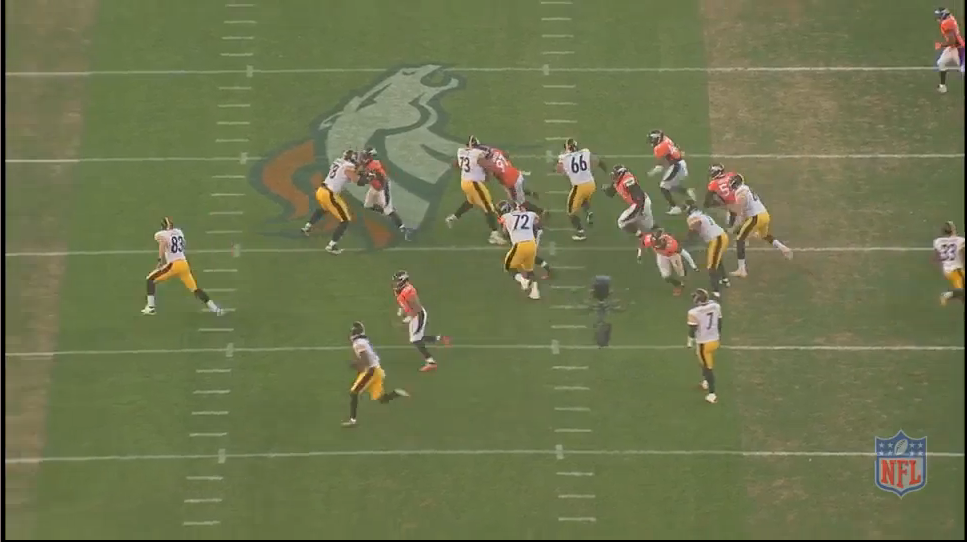 This one might seem really simple to some and if it is, good. But you’d be surprised how many people, even high-profile individuals like announcers, who struggle to discern the difference between the two. So we’ll simply lay it out with an example.

Intuitively, you can tell the difference. An end around means the ball only travels in one direction while a reverse means the ball changes directions. Left to right or right to left.

Here’s an end around. Divisional game against the Denver Broncos. Ben Roethlisberger fakes the handoff to Fitzgerald Toussaint on this split zone and hands it off to Martavis Bryant. Heath Miller arc blocks, letting the ROLB free, and works to the 2nd and 3rd levels. It goes for 40 yards.

And here’s an example of a reverse. Drew Brees hands it off to Brandin Cooks initially who flips it to C.J. Spiller, reversing course and taking off down the left side for a gain of five.

So there you go. Very simple stuff. Not trying to make things more complicated than they are in a “101” series like this. The next time your buddy at the bar calls it the wrong thing, show them this.