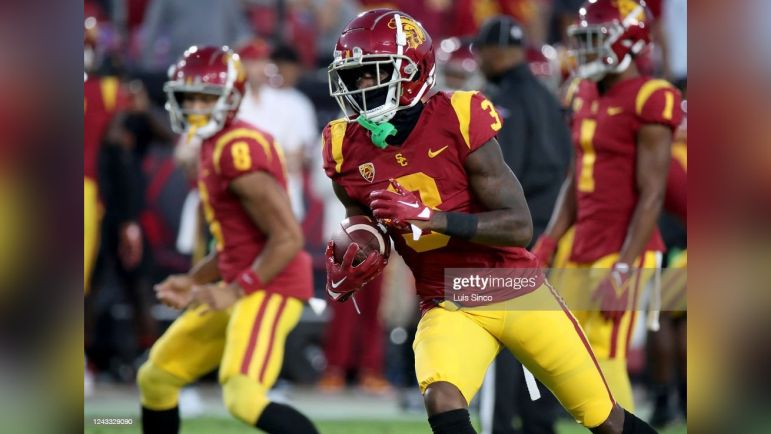 From now until the 2023 NFL Draft takes place, we hope to scout and create profiles for as many prospects as possible, examining their strengths, weaknesses, and what they can bring to an NFL franchise. These players could be potential top 10 picks, all the way down to Day 3 selections and priority undrafted free agents Today, we’ll be profiling Pitt WR Jordan Addison.

— Good body control and tracking, able to find and pluck the ball out of the air vertically
— Shows quickness and impressive second gear, bursts at top of route to create space and stack, especially effective out of the slot
— Ran diverse route-tree and used all over the field vertically and horizontally, made plays at every level
— More quick than fast and can make defenders miss in space
— Moderate power and YAC ability, keeps legs churning to fall forward
— Listed at lighter weight but has frame to grow into
— Fluid route runner, effective underneath on return routes, able to create space
— Isn’t contact-shy and keeps concentration when being bumped and impacted at catch point
— Productive at two schools, didn’t miss much of a beat transferring
— Minor run game versatility and punt return value
— Still young and game can grow

— Not a top-end athlete with average long speed
— Tracks ball but doesn’t always finish and will have passes hit off his hands
— Willing blocker but falls off quickly, struggles to stick and drive
— Will need to add weight and fill out frame
— Some production was schemed/designed to get him free in space
— Often used in motion on the snap and created free releases, will need to work on release package and using hands/feet to beat press coverage
— Takes too long to get off the outside versus press/tight coverage, tries to foot fire and spends too much time releasing

Or as those who live on the East Coast say, Pitt WR Jordan Addison. Though considering he left the team to secure the bag at USC, there probably isn’t as much love for Addison anymore. But he was a star at Pitt for 2021 and is considered one of the top receivers in his class.

At his best, he’s a vertical threat not because of his pure speed but his great burst, second gear, and ability to find the football in the air. He’s best working out of the slot and dominated on slot fades, like here.

There’s quickness to his game and the ability to make defenders miss. I’d say he’s a good athlete overall but a touch more quick than fast.

Addison ran the full route tree in college. Working mostly out of the slot, he did benefit from free releases and was often put in motion on the snap. He did struggle to create consistent separation against tighter man coverage and some of his numbers were juiced by simple RPO concepts to get him the ball in space. And Addison lacks great speed too. He seems like a high 4.4’s kind of player who wins vertically with that burst and ball tracking and leaping ability.

Couple clips below of him having trouble beating man and in the second, too long of a release off the line against press on the outside.

Of course, the Steelers know him well for his time at Pitt and his relationship with Kenny Pickett, who has consistently spoken highly of over the last several years. Playing primarily out of the slot, Pittsburgh should have an obvious interest in Addison though whether or not they take a receiver that high remains to be seen. As of right now, that seems less likely.

Addison is a well-rounded receiver who wins to all levels of the field. He’s got quickness and a solid special gear who finds the ball and makes plays downfield. He’s a fit in most offenses but and will work best in the slot in a RPO system that has designed concepts to get him the ball on swings and screens. He’s not a burner or a supreme athlete but can be a strong receiver on the interior, especially if he bulks up. The good news is he has the frame to support additional weight. His biggest key will be working on his release package to be quicker off the line against press and man coverage.

A comp for him was tough to pin down. Some have comped him to Calvin Ridley and that’s probably the closest I can think of. Some Jerry Jeudy in his game, too.