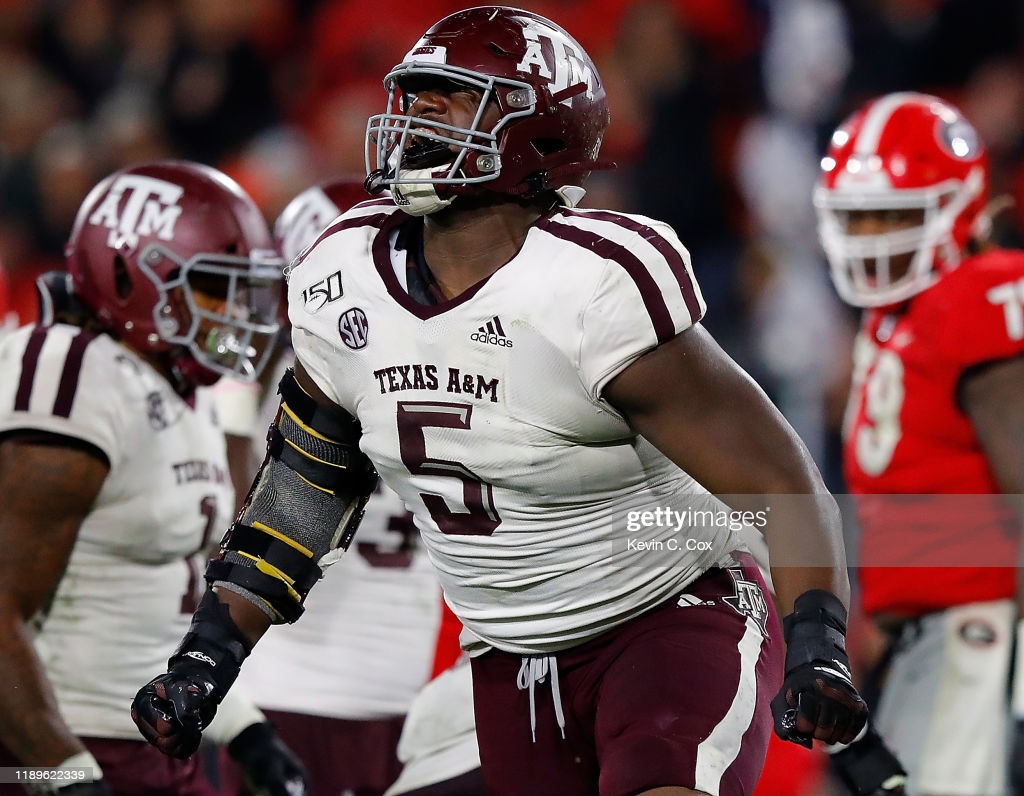 This may be the only position we can completely write off for the first few picks of Pittsburgh’s 2021 draft, despite the fact that this year’s experience proved how important it can be to have three competent DT’s on this defense, rather than just two.

When Javon Hargrave left after 2019 a lot of Steeler Nation commenced to the pulling of hair and rending of garments. “Woe is my team, for to lose it’s star Nose Tackle!” That met with little less than a full eye roll from the rest of the fan base. “Please. True NT’s are an all but extinct species, the team uses a three-DT look on less than a third of its defensive snaps, and the existing DT’s are more than able to handle that job.”

Enter 2020, where we saw that the eye roll crowd were mostly right, but only “mostly.” The number of snaps with three DT’s continued to be rare enough to call the 3-4 formation just one of many sub packages. And Tyson Alualu proved to be more than capable as a NT, despite being listed forever as a DE. Once he got hurt, however, the run defense went off a cliff even though a lot of us really like the potential of Pittsburgh’s upcoming DL prospects. Two star DT’s and a novice were not enough to do the job.

Thus we cannot eliminate NT as a complete nonfactor for the 2021 draft. It is, however, fair to say it is a Day 3 concern where the team might look for a bargain, and not a priority compared to almost anything else on the team. A legitimate Want, but no more than that.

Let’s start by going over the current players on the roster.

So to translate, Heyward and Tuitt are the two main stars and have both been signed to long term deals that will keep them here for the next few years. Tyson Alualu is a 2021 free agent, but very likely to return. After that the team has four young journeymen; all growing, competing hard, showing signs that they might be able to break through, and failing to actually do so yet. Wormley is a 2021 free agent, Mondeaux 2022, Buggs 2023, and Davis 2024.

What will the team be looking for in 2021? That analysis translates to, “Nothing but an irresistible steal or late round boom-or-bust guy.” For this reason the Big Board will arbitrarily place a Round 3 cap on all DT prospects. That won’t very many, however, as this particular class is very light at the top. There are no dead certain 1st-rounders, and only a few prospects who could challenge for the Top 50 on any all-teams board. For those who are wondering, the online sources tend to show a major cluster of talent in the 75-150 (Rounds 3-5) range.

NOTE: These are listed in approximately the order I have them ranked from a Pittsburgh perspective, and then alphabetically for the ones that are ties. The designated grades are my take on the “all-teams” valuation. Move the top tier down into Round 3 and then start from there for how I plan to rank them on the actual Big Board. That big cluster of 3-5 talent will get Round 5-7 grades on our Board unless you all can make a good case for some other approach.

Pittsburgh has clearly abandoned the sort of 350 lb. immovable monster who occupied the center of a classic, Dick Lebeau 3-4 defense. The recent stars – including the NT’s – all weigh between 295 and 305 lbs. and are notable more for a combination of long arms with the ability to shoot through gaps, than they are for their ability to shrug off double teams. Javon Hargrave was that size too for those who are wondering: 6’2”, 305 lbs.

That approach has worked exceptionally well so long as the team has a legitimate DT3 to pair with Heyward and Tuitt. Hargrave satisfied the requirements perfectly while he was here, and Alualu has done just as well in 2020. It works less well with two stars and a developing journeymen, proving that NT’s may be endangered but they aren’t extinct. That third guy matters.

So the big question is this: how does the team view its set of journeymen? Have any of them impressed the coaches as future starters who only need to fix a few things before they ‘get it’? If so, the level of Want drops to late Day 3 at the earliest, and will probably be addressed by signing Chris Wormley to a moderate contract as the DT4. If Wormley gets a better offer somewhere else, and the team doesn’t like any of it’s current depth, a pick in the 6-7 range would start to make a lot of sense; with Round 4 as the target zone for a higher quality target if the F.O. has reason to believe the 2022 situation will be more problematic than things appear at the moment.

As for the prospects, it isn’t a great class overall because so few of them have pass rush upside. The true DL junkies who want to replace Tuitt and Heyward before they age are not going to have a lot of options But there is a decent cluster of pure run stuffers who may well fall into Pittsburgh’s range later in Day 3. We would obviously prefer an all-around talent like Hargrave or Alualu, but he is not going to be available.