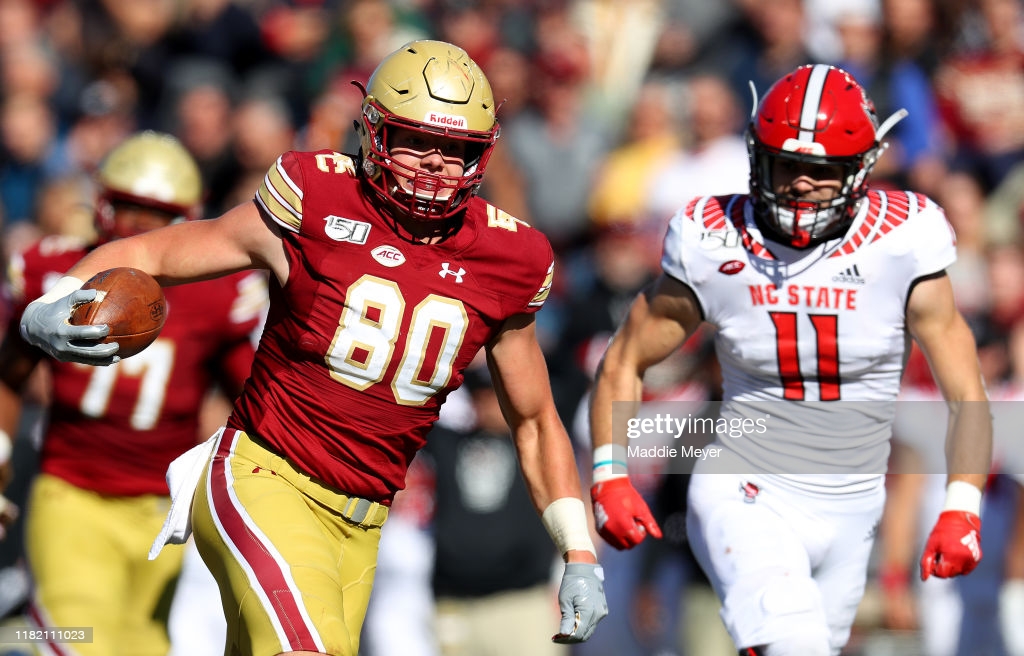 I desperately want to start this with an ode to the virtues of this most versatile position. To wax lyrical, and engage in verbal raptures over the benefits and versatility of such a deep class that even the Steelers front office is bound to get a good one. Instead I have to say this: Here we go again.

Steeler Nation has begged the team for years to spend serious draft capital on this position. There’s even a particularly astute pundit on this very site, with initials that work for our northernmost state and a problem with trains, who’s pulled out handfuls of hair over the issue. Will this year be the year?

In a word: no. The need and the talent aren’t going to match up.

Yes, the contracts for both Vance McDonald and Eric Ebron expire after 2021, and cap concerns may dictate an early release for one or both. $5.2 and $5.5 Million, respectively, is a lot to pay given the team’s cap concerns. But there’s really only one prospect who’d fit the Steelers bill – Pat Freiermuth from Penn State – and he seems fated for a draft pick in the early 2nd, between the Steelers picks at 1:24 and 2:23. And as for the rest of this class, well…

Let’s do this right and start with the current roster.

Bottom line: the Steelers will have a good, albeit full-retail price unit for 2021 unless they cut someone. Then they will face a crisis at the position in 2022 unless they sign an extension for one of the two starters, and/or one of the backups makes a surprise breakthrough. Thus it makes a lot of sense for the team to invest in a boom-or-bust developmental prospect in the 2021 draft. That spells Day 3 if such a player is available, and yet more hair loss for Steeler Nation regardless.

Here are the players to watch as they go off the board without getting picked by the Steelers. [Argh.]

CAUTIONARY NOTE & REQUEST: It seems like every year we see a TE who’s been written off as “just a blocker” make a huge leap up the board when he shows a surprisingly good SPARQ score. Those are the ones to target, and it hasn’t happened yet. Please drop a note in the Comments if you have any suggestions for the 2021 prospect who’d fit that description. Claim your precedence now!

It isn’t a great year for Tight Ends. There are only two players who even might be considered in the first two rounds, and two more in the 3-5 range. Everyone else projects as a Day 3 pick with the best of the bunch looking like oversized WR’s.

We need you Steeler Nation! Send us the name of that “only a blocker” who’s going to kill the not-going-to-happen Combine! Those of us who pine for the Heir to Miller need you. And the Train Man needs his hair.