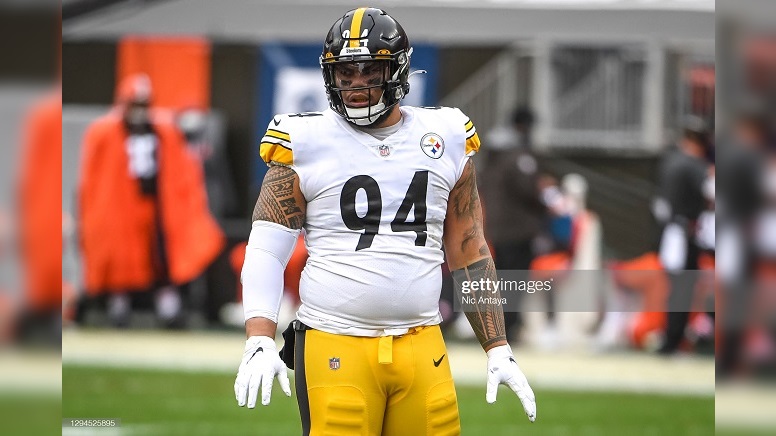 Pittsburgh Steelers defensive tackle Tyson Alualu just wrapped up his fourth season with the team Sunday night against the Cleveland Browns and that means he’s once again scheduled to become an unrestricted free agent at the start of the new league year in March. Should the Steelers like to have Alualu back for at least one more season, there is a way they can make that happen and with a decreased salary cap charge at that if Alualu is agreeable to a four-year qualifying contract.

What exactly is a four-year qualifying contract? Below is a great breakdown and stipulations provided by Anthony Holzman-Escareno of Front Office Football.

Another type of veteran salary benefit, it can be offered to a player with at least four credited seasons whose contract with a team has expired after being on said team for four or more consecutive, uninterrupted league years prior to his contract expiring. Such a player must have been on the team’s 90-man active/inactive list for said seasons (and every regular-season and postseason game). Teams can sign a maximum of two eligible players to this type of salary benefit.

Alualu, in case you forgot or did not know, earned $2.75 million in 2020 so obviously he would need to take a slight pay decrease to stay in Pittsburgh on a four-year qualifying contract for one season. Alualu played just under 450 defensive snaps in 2020 and if he were to re-sign with the Steelers, he would likely be expected to play that amount or slightly less in 2021. After all, the Steelers seem to think young defensive tackle Carlos Davis might be able to continue to progress in 2021 so keeping Alualu one more season as a depth role player and initial starter at nose tackle in the team’s base defense makes a lot of sense.

While Alualu might can try to get a little more money from another team during the offseason as an unrestricted free agent, his max market value probably tops out at around $3 million. Remember, Alualu will turn 34 years of age in May so he probably has just one more NFL season in him as a part-time player. Ending his career with the Steelers as part of a defensive line group he’s already played quite a few snaps with over the course of the last four seasons makes a ton of sense.

In 2020, Alualu made the move to nose tackle and it worked out well for him. He registered 38 total tackles on the season to go along with two sacks, four tackles for loss, five quarterback hits, five defensed passes and a forced fumble. There were times during the 2020 season when Alualu looked like he was 33 going on 23 against several starting centers and guards.

The Steelers surely wouldn’t mind having Alualu back on a four-year qualifying contract for one season and it will now be interesting to see if the two sides can ultimately get that done. Should it happen, expect it to get done right after the start of the new league year in March.