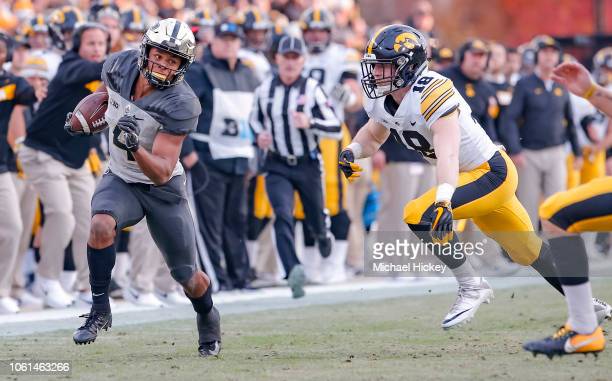 Over the weekend we looked at the current roster and had a discussion of the priority we think the team should place on WR’s in general, and which WR types would make the most sense for Pittsburgh in particular. I read the results as follows.

First, everyone would love to have a true WR1, but few if any would spend the draft capital required for a high percentage bet on any particular prospect. RESULT: I will identify the consensus Round 2 and Round 3 talent in this post, but will most likely drop all of those guys into Round 4 on the Steelers-specific Big Board, with the Round 4 talents dropping into the late 4th or early 5th.

Second, we’d be more or less happy with the current room if the drops could be eliminated. The basic opinion seems to be that Steeler WR’s ought to be immune from this problem even if it plagues other players around the league. Someone ought to do a statistical survey to see if the team really is as bad as the fans seem to think.

Third, opinions get a little more focused once we assume a Round 3 pick who will only be a role player. Here’s how I read it:

LOOKING AT THE 2021 DRAFT PROSPECTS

Here are the top pass catching weapons of the class as I’ve charted them so far. The pure WR’s include a good, solid class of around 35 names, which will be missing a few. The most notable pattern is a lack of patterns. The talent starts at “elite” and then very steadily heads on down, with prospects appearing on the various boards just a few numbers away from those above and below. Who goes where gets hotly debated, of course, but that basic pattern seems to be consistent.

Please note that I have also included the Move TE’s and Slot/RB hybrids for the sake of being complete.

PROJECTED AS SOLID ROUND 1-3 TALENTS

All the pure WR’S in this tier will be arbitrarily dropped to somewhere from the late 3rd to the early 4th on our Big Board because we generally believe the team should focus on positional value with the 2-4 range. Tackle, Center, RB, CB, Buck ILB, Nickel DB, and OLB simply have that heavy a finger on the consensus scale. Speak up now if you object to that approach.

And yes, this is how the team will make yours truly look like a fool if they grab a Day 2 WR yet again. Except this time I will be able to spread the blame.

PROJECTED AS ROUND 3-4 TALENTS

These are the prospects to target if you want the team to target a pass catcher with one of the Round 4 picks (the earliest spot for most of the fan base), and to snatch up quickly if they drop to Round 6. All of these young men will appear on our Big Board with early- and mid-4th grades, reflecting the balance between bargain hunting and lack of any serious need.

These are the Round 4-7 targets for most teams that Pittsburgh will be considering in the 6-UDFA range. Please note that the depth continues unabated after this in that same slow, steady decline so characteristic of this year’s talent pool. There are probably a good 10-15 names we will add to this particular list by the time the process is done. Feel free to drop your summary profiles in the Comments!

Last year set an impossible standard for WR talent in the draft. The only adjective I can use is “historic.” This year’s group doesn’t reach that level, but it’s awfully darned good compared to an average year.

We cannot say it too often: you pick players, not positions. Those are all good receivers we listed up there, and some of them are likely to end up as all-stars… if they land on the right team, in the right situation. Could that be in Pittsburgh? You tell me.