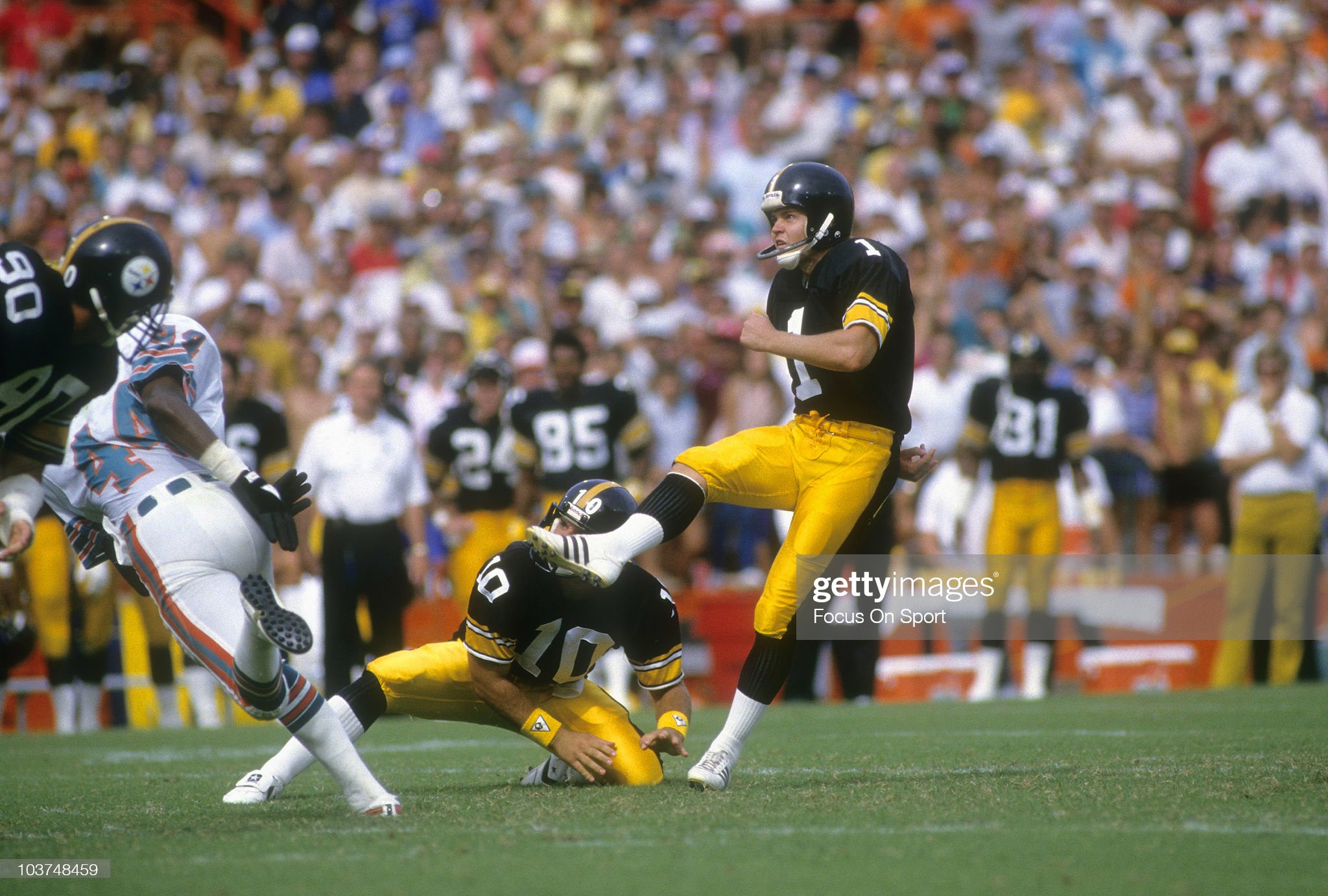 Now that we’re into July, Pittsburgh Steelers’ training camp is just around the corner thankfully.

That means real football is less than a month away, and lists, all-time teams and more can disappear as offseason fodder. That said, there’s still time to talk about hypothetical stuff, like my all-time Steelers’ team using only non-Hall of Famers.

Today, we’ll wrap up my all-time team with the specialists, featuring a kicker, punter and return specialist.

Throughout the Steelers’ history, they’ve had some consistently good kickers, including Jeff Reed and Chris Boswell currently, as well as strong punters in Jordan Berry, Bobby Walden and more. Still, no kicker or punter is in the Hall of Fame for the Steelers, leaving my pool of players to select from wide open.

The selections for my team were pretty cut and dry, to be quite honest. The Steelers have a pretty solid history in the kicking game, which led to my selection of Gary Anderson for my all-time team at kicker.

Congrats to Chris Boswell for breaking this 36-year old record for longest field goal in Steelers history (also tied by Kris Brown in 2001).

55 yarder from Gary Anderson in 1984.
pic.twitter.com/fCB08dyVHF

While the Steelers didn’t have the same type of team success that they had with a kicker like Jeff Reed, who won two Super Bowls, Anderson was arguably the top kicker in the NFL for more than a decade. That made him easy selection for my team. Let me use this opportunity to also say that even though he’s a kicker, Anderson deserves a spot in the Hall of Fame, thanks to his three All-Pros and four Pro Bowl trips.

At punter, I considered Bobby Walden for my team, considering he was the punter for two of the Steelers’ four Super Bowls in the 1970s. I also considered Craig Colquitt for the team as well, as he was the punter late in the 70s in the middle of the dynasty as well. While those two have the rings, I went with Josh Miller for my team, as he averaged more yards per punt during his time in the black and gold.

Miller went from punting for the Baltimore Stallions in the Canadian Football League (yeah, try and understand that one), to eventually punting with the Steelers, where he spent eight seasons, playing in 122 games. Miller punted for 25,547 yards and averaged 42.9 yards per punt in the black and gold, including a career long of 75 yards.

When he wasn’t punting the football, he threw an 81-yard touchdown pass to Steelers’ safety Chris Hope on a fake punt against the Baltimore Ravens in 2003, which tied the NFL record for the  longest pass completion by a non-quarterback in NFL history.

With 81 days until Steelers regular season football begins, here's an 81-yard fake punt TD from Josh Miller to Chris Hope from 2003 against the Ravens. #Steelers pic.twitter.com/j3VFWODbYn

At returner, I went with Antwaan Randle El, who had five total return touchdowns in his time with the Steelers. Hall of Famer Rod Woodson was the Steelers’ best punt returner in history, in terms of yards, but Randle El was pretty darn close.

I also considered Louis Lipps for the spot on the team, especially after he already made the team at receiver, but Randle’s El’s five scores during his time in the black and gold ended up being the deciding factor for me.

With 66 days until Steelers regular season football begins, here's the 66 yard punt return for a TD by Antwaan Randle El (@therealrandleel) against the Browns in the 2002-2003 playoffs. #Steelers #HereWeGo pic.twitter.com/OANOIUPeTY