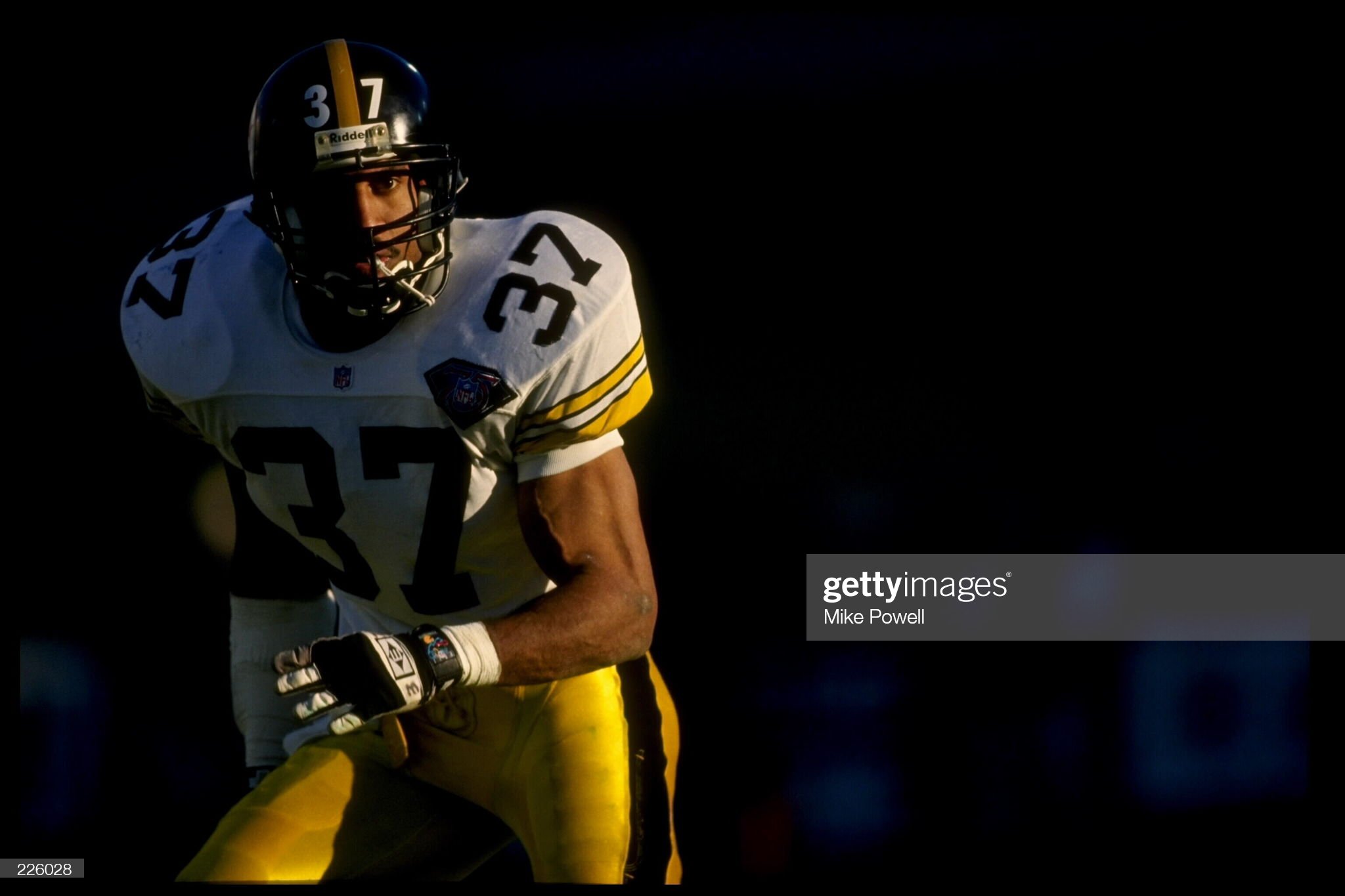 One of the hardest positions to play in the NFL isn’t in the trenches on offense or defense, though those positions are rather difficult overall. Instead, for me at least, it happens to be the safety position, having to deal with defending all that green grass around you while being the last line of defense.

Fortunately throughout the illustrious history of the Pittsburgh Steelers, the safety position has been occupied by a number of great players, from Hall of Famers Donnie Shell and Troy Polamalu, to perennial greats like Carnell Lake, Mike Wagner, Ryan Clark and now Minkah Fitzpatrick today.

With just two safeties in the Hall of Fame for the Steelers in Shell and Polamalu, there were plenty of worthy players available for selection on my Steelers’ All-Time team using non-Hall of Famers only.

As a reminder below, I laid out exactly how I’m choosing my team positionally, as well as the selections made to date.

Before I dive into my choices for free safety and strong safety on my all-time, non-Hall of Famers team for the Steelers, I wanted to briefly talk about the two choices that didn’t wind up making my team.

Ironically, both shared the secondary in the 1970s, those two being Glen Edwards and Mike Wagner.

Edwards, an undrafted free agent in 1971 out of Florida A&M, spent 1971-77 with the Steelers, and quickly developed into a key piece of the Steel Curtain in the secondary, making two appearances in the Super Bowl with the black and gold, making key plays in both.

In the Super Bowl IX win over the Minnesota Vikings, Edwards’ hit on Vikings’ receiver John Gilliam near the goal line popped the ball loose, resulting in an interception by Mel Blount. In the win in Super Bowl X over the Dallas Cowboys, Edwards picked off Roger Staubach in the end zone to seal the win as time expired.

Edwards spent a lot of time in the Steelers’ secondary next to Wagner, who was an 11th round pick in 1971 out of Western Illinois, entering the league the same season as Edwards.

Wagner originally joined the Steelers as a receiver coming out of Western Illinois before switching to safety, leading to a rather remarkable career overall from 1971-80 in the black and gold. Immediately, Wagner made an impact, picking off two passes in 1971 and six in 1972, before then leading the NFL with eight interceptions in 1973, making First Team All-Pro in the process.

From 1974-76 Wagner recorded just six interceptions in those three seasons, but helped the Steelers win back-to-back Super Bowls while heading to the Pro Bowl in 1975 and 1976, earning Second Team All-Pro honors in 1976. Wagner played in just three seasons in 1977 before then picking off 10 passes from 1978 to 1980, winning two more Super Bowls with the Steelers before retiring after the 1980 season.

I even considered Darren Perry, but instead went in a different direction. Perry was an eighth-round pick in 1992 out of Penn State and spent  1992-98 with the Steelers, earning a Second Team All-Pro accolade in 1994.

During his tenure in the black and gold, Perry started 110 games under Bill Cowher, picking off 32 passes during his time with the Steelers, reaching the Super Bowl in 1995.

Edwards, Wagner, and Perry certainly were worth a selection on my team, but in the end, I decided to go with a guy who should be in the Hall of Fame in Carnell Lake, and a guy who was a key leader and stalwart on some of the best defenses in franchise history in Ryan Clark for my team.

47 days until #Steelers football, so here's a 47-yard interception return for a touchdown by Carnell Lake vs Jim Kelly and the Buffalo Bills.

Lake, a second-round pick out of UCLA in 1989, spent 1989 through 1998 with the Pittsburgh Steelers, seeing snaps at strong safety and cornerback during his time with the Steelers, quickly becoming one of the best defenders not only on the Steelers, but in the league as well.

With the Steelers, Lake started all 154 games he played in, picking off 16 passes, scoring three touchdowns, forcing 15 fumbles, recovering 16 and recording 734 total tackles and 21.5 sacks.  He was truly the elite of the elite during his tenure, earning one First Team All-Pro honor in 1997, and three Second Team All-Pro honors in 1994, 1995 and 1999. Heck, Lake even received MVP and Defensive Player of the Year votes in 1997.

He was truly a special player overall.

Along with Lake, Clark was an underrated player during his eight seasons with the Steelers, often overshadowed by Polamalu, who teamed with Clark to form a dynamic safety duo.

Clark spent 2006-13 with the Steelers, starting 109 of 111 games with the black and gold after signing with the Steelers after their Super Bowl XL win over the Seattle Seahawks, leaving Washington’s franchise behind after two seasons as a starter.

During his tenure with the Steelers, clear recorded 12 interceptions, forced three fumbles, recovered six fumbles, added 667 tackles, 11 tackles for loss and 2.0 sacks, holding down the back-end of formidable Steelers’ defenses that gave the Steelers an identity in the mid-late 2000s, reaching two Super Bowls under Mike Tomlin, winning one.

Clark made one Pro Bowl with the Steelers in 2011, but was vastly underrated overall. Without him in the secondary, Polamalu wouldn’t have been able to freelance as much as he did, allowing him to turn in a Hall of Fame career. He was a key leader off the field, and an absolute rock on the field, quietly being as steady as they come.