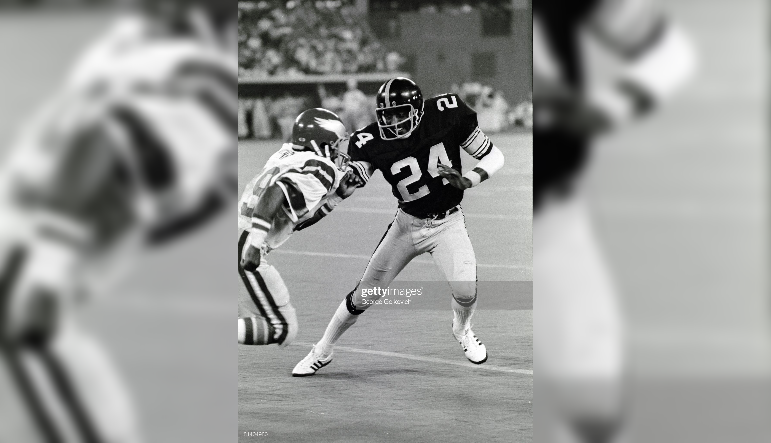 Seemingly forgotten about — at times – is the strong play the Steelers have had in the secondary throughout their illustrious history. In fact, five of the 29 members of the Steelers in the Pro Football Hall of Fame resided in the defensive secondary during their time in the black and gold. That includes Troy Polamalu, Donnie Shell, Mel Blount, Rod Woodson and Jack Butler.

Still, when you think of the all-time greats in Steelers’ history on the defensive side of the football, chances are a front seven player comes to mind. That’s perfectly fine.

However, there’s plenty of good-to-great talent the Steelers have had in the secondary, and I intend to shine a light on some of those talented players here in my latest installment of my All-Time Steelers’ team using non-Hall of Fame players, focusing on the cornerbacks today.

As a reminder below, here’s how I am building my team, in terms of scheme, as well as the selections made to date.

At cornerback, the Steelers have had a lengthy history there, from the likes of Blount and Woodson, to names like Ike Taylor, JT Thomas, Brady Keys, Deshea Townsend, and Dewayne Washington.

In fact, those are the names I narrowed my list down to for selections on my all-time, non-Hall of Famers team. All five names played key roles for the Steelers on championship-caliber teams.

Keys might not be a name many in my generation are familiar with, having spent six seasons with the Steelers from 1961-67, spending one year at safety before converting to cornerback. A former 14th round pick in the 1960 NFL Draft out of Colorado State, Keys recorded 14 of his 16 career interceptions with the Steelers, playing during a time in which the Steelers were simply average in the years leading up to Chuck Noll.

Along with Keys, Deshea Townsend certainly had a case for my all-time, non-Hall of Famer team for the Steelers, having spent 12 of his 13 seasons with the Steelers after being a fourth-round pick in the 1998 NFL Draft out of Alabama. During his time with the black and gold, Townsend won two Super Bowls, recorded 21 interceptions, three touchdowns, 111 passes defensed, and another 15.5 sacks, serving as a key blitzing corner from the outside in the Steelers’ blitz-heavy scheme. He was grossly underrated in the NFL throughout his career.

Dewayne Washington also had as strong case for the team, having spent six seasons with the Steelers from 1998-2003, serving as an integral part of a strong defense under head coach Bill Cowher. Washington, who spent his first four seasons with Minnesota after being a first-round pick by the Vikings in the 1994 NFL Draft, interceptions 19 passes with the Steelers, adding another 420 tackles as a key stalwart in the Steelers’ secondary, starting 92 of 96 career games in the black and gold.

In the end though, my decisions were relatively easy, landing with a pairs of 24s at cornerback.

J.T. Thomas spent eight seasons with the Steelers from 1973-81. A former first-round pick out of Florida State in the 1973 NFL Draft, Thomas started 88 of 116 games with the Steelers, serving as a key cornerback opposite Mel Blount during the Steelers’ heyday, winning four Super Bowls with the black and gold.

During his time with the Steelers, Thomas went to one Pro Bowl in 1976, finished with 19 career interceptions and was able to transition from cornerback to free safety while with the Steelers. From 1974-77, Thomas didn’t miss a single game, starting all 14 games each season before missing the entire 1978 season due to a blood disorder known as Boeck’s sarcoid, involving abnormal collections of inflammatory cells that form lumps known as granulomata. The disease usually begins in the lungs, skin, or lymph nodes.

J.T. Thomas ends it, sending the Steelers to their first ever Super Bowl pic.twitter.com/px56epewVf

Thomas was an unsung hero of the Steelers’ secondary during their dynasty in the 70s. For his contributions opposite Blount, the duo of Blount and Thomas were named a top 10 cornerback tandem in NFL history by NFL.com in 2009 and 2015.

Opposite Thomas, Taylor was an obvious choice for me. Quite frankly, I think Taylor is truly one of the most under-appreciated cornerbacks in NFL history, largely because he doesn’t have the interception numbers for his career due to suspect hands.

A fourth-round pick in the 2003 NFL Draft by the Steelers — one of Kevin Colbert’s best-ever draft picks, to be honest — Taylor was a stalwart from 2005 through 2013 at the left cornerback position in the black and gold, becoming a vital part of a dominant stretch of defensive play in the Steel City.

In 174 career games with the Steelers (140 starts), Taylor recorded just 14 career interceptions, but added 134 passes defensed, 636 career tackles, eight tackles for loss, 3.0 sacks, two forced fumbles and five fumble recoveries. Taylor added an ever-important interception in the Steelers’ Super Bowl XL win over the Seattle Seahawks, and started in two more Super Bowls for the Steelers, coming away with two rings in three appearances during his time with the Steelers before retiring on April 14, 2015.

Neither player will sniff the Hall of Fame, as Taylor has a 30.40 Hall of Fame Monitor score from Pro-Football Reference. Taylor never went to a Pro Bowl and never earned All-Pro accolades despite a standout career (again, due to interception numbers). The average defensive back HoFm score is 99 with two championships, three All Pros and eight Pro Bowls. Taylor doesn’t come close unfortunately.

Thomas doesn’t either despite winning four Super Bowls. Thomas is slightly behind Taylor in the HoFm score with a 29.10, adding one Pro Bowl to the mix and his four championships.

Though they won’t touch the Pro Football Hall of Fame, both will be in the Steelers’ Hall of Honor someday soon. That’s good enough to be on my all-time team using non-Hall of Famers.