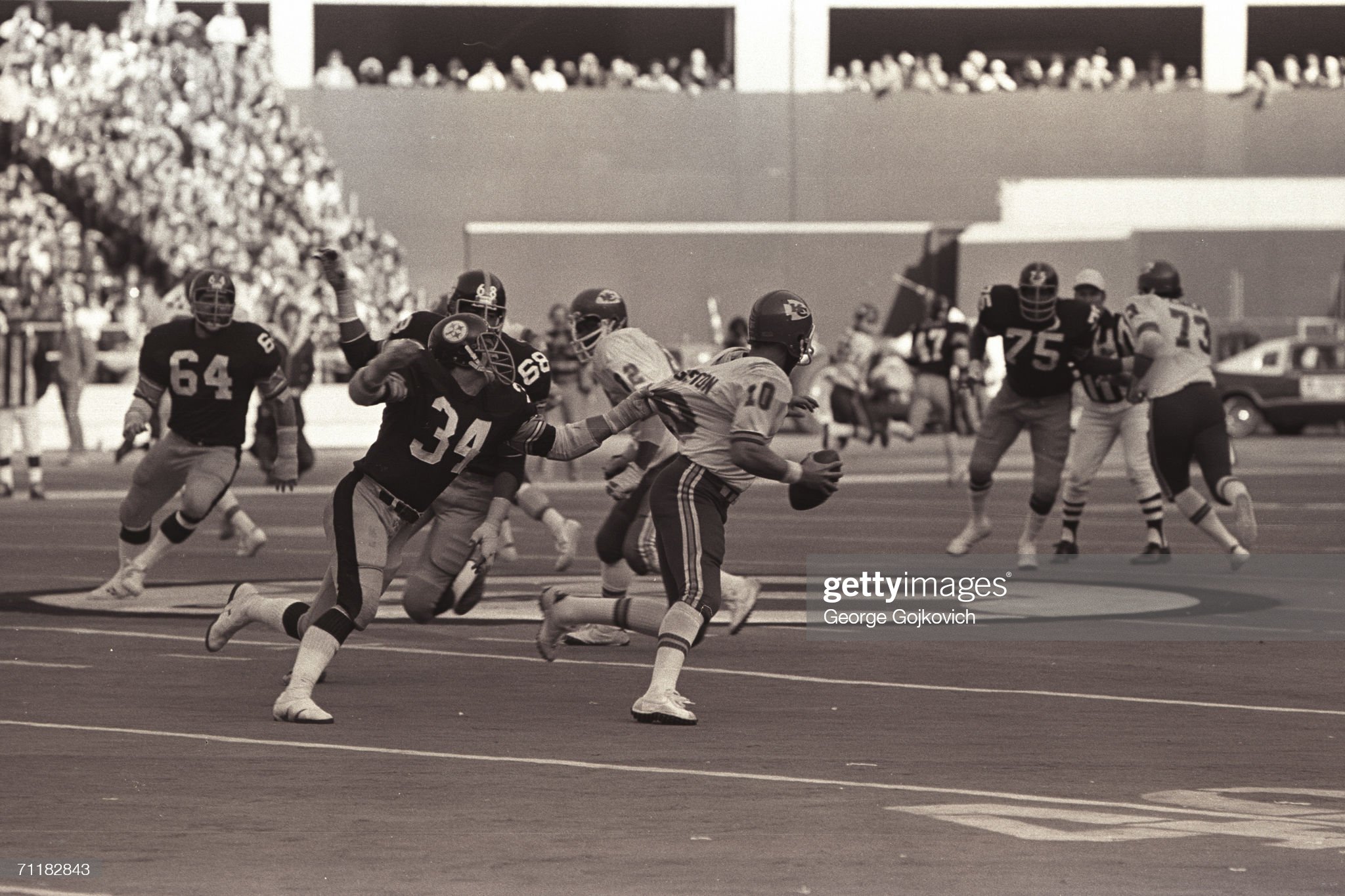 For me, growing up, it was always inside linebacker as Jack Lambert was the man in my household as he represented the blue collar toughness and take-no-guff attitude that permeated from the city. It helped that the legendary Lambert lived just 25 minutes from my hometown and was mostly thought of as a Greek god to those Steelers fans I knew and heard talking about him and the glory days of the 70s.

It took something special to play inside linebacker for the Steelers then, and the same holds true today.

Knowing that, I was so excited to get to the position in my All-Time Steelers’ team using non-Hall of Famers. Of course, Lambert is ineligible for the list, having been inducted into the Pro Football Hall of Fame in Canton in 1990. Despite the history of the position in Pittsburgh, just one other off-ball linebacker in Steelers’ history is in the Hall of Fame, that being Lambert’s teammate in Jack Ham, who was induced in 1988.

Therefore, I have lots of options to choose from for my all-time, non-Hall of Fame team for the Steelers.

Before we jump into the piece focusing on inside linebackers, here’s just a reminder of the criteria of the team, and the selections made so far.

Even though I had lots of names to choose from, there’s one that stands out above the rest for me at off-ball linebacker, that being one Andy Russell.

A 16th round draft pick in the 1963 NFL Draft out of Missouri, Russell was the linchpin of the early Steelers prior to Chuck Noll coming aboard. In fact, Russell made the Pro Bowl in 1968, one season before Noll was hired.

In his career, Russell played in 168 games, starting 162, and finished with 38 career sacks, 18 interceptions, 10 fumble recoveries and one touchdown. Currently, Russell sports a 56.60 Hall of Fame Monitor score according to Pro Football Reference, which puts him one slot behind Greg Lloyd at outside linebacker. Despite having two Super Bowls, one First Team All-Pro and seven Pro Bowls in 12 seasons as a starter, Russell has not gotten any Hall of Fame love.

He’s on the Steelers’ All-Time team and in the Hall of Honor for a reason.

Alongside Andy Russell on my Steelers’ All-Time team featuring non-Hall of Famers, I found myself debating between the likes of Levon Kirkland, Lawrence Timmons and James Farrior. In the end though, the decision became rather clear for me as I decided to go with Farrior.

The best free agent signing by the Steelers under former GM Kevin Colbert, Farrior immediately stepped into his role in Pittsburgh as an inside linebacker and eventual defensive captain and flourished.

Farrior was a former No. 4 overall pick by the New York Jets in the 1997 NFL Draft and really struggled as an outside linebacker, though he did record 145 tackles in his final season in the Big Apple. Despite the strong final season in the green and white, Farrior hit the open market, where the Steelers scooped him up and profited for a decade.

As a member of the Steelers, Farrior’s stat line reads like this: 1,085 tackles, 82 tackles for loss, 47 quarterback hits, 30.0 sacks, eight interceptions, 12 forced fumbles, 10 fumble recoveries, and 53 passes defensed. Quite impressive.

Add in the fact that he won two Super Bowls with the Steelers – like Russell — and earned a First Team All-Pro honor in 2004 and a Second Team All-Pro honor in 2008, not to mention two Pro Bowls (2004, 2008), runner-up to Baltimore’s Ed Reed in the NFL’s Defensive Player of the Year award in ’04, and an induction into the Steelers’ Hall of Honor in 2020, there’s no denying that Farrior is worthy of his place on my all-time, non-Hall of Famer team next to Russell.