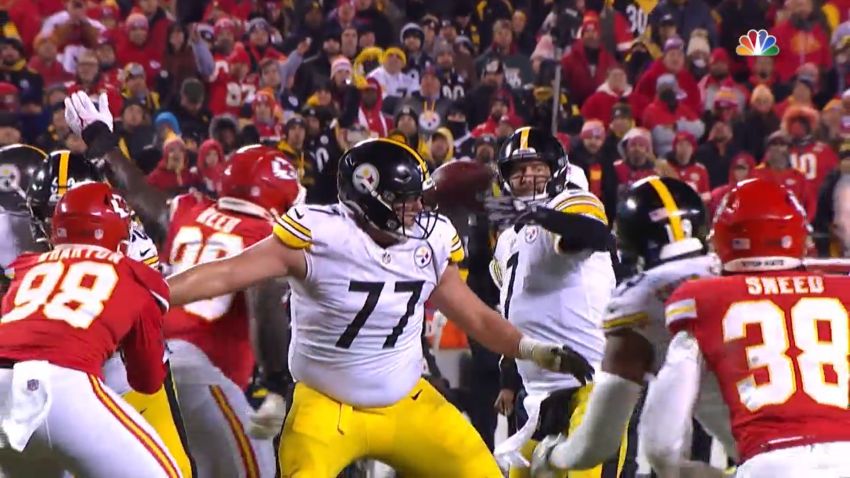 New series here at Steelers Depot as we dive into the roster position-by-position and look at who may be sitting on the “roster bubble” heading into training camp after the conclusion of free agency and the 2022 NFL Draft.  For the next part of this series, we will be looking at several interior offensive linemen likely fighting for the same roster spots.

Earlier this offseason, the Pittsburgh Steelers issued a one-year exclusive rights tender to center/guard J.C. Hassenauer for $895,000. Hassenauer initially signed with Pittsburgh back in 2019 after a stint with the Birmingham Iron in the AAF. He was waived near the end of training camp but was signed to the practice squad. Hassenauer got his first start in Pittsburgh in 2020 against the Baltimore Ravens. He would then sign a one-year deal to return for the 2021 season, seeing action at both guard and center before suffering a pectoral injury that land him on injured reserve up until Week 16 where he returned and started the final three games of the season including the team’s playoff loss to the Kansas City Chiefs.

Standing at 6’2 1/2”, 295lb with 32 5/8” arms, Hassenauer is noticeably undersized for the center and guard positions in the NFL. Still, he is a steady player that provides consistent, yet not elite play at both interior OL spots and manages to get the job done more often than not. He understands positioning and will work to maintain his blocks. Hassenauer played over rookie center Kendrick Green for the remainder of the 2021 season while Green nursed a calf injury, but also was acknowledged as the more reliable player on a down-to-down basis.

Hassenauer’s spot on the roster isn’t a lock with Green returning for Year Two, Kevin Dotson back from his own injuries, and the recent UFA signings of James Daniels and Mason Cole. Still, he does provide suitable depth both at guard and center and can be a solid, yet unspectacular option that can fill in as needed in the case of injury should one occur.

Leglue got to see he first actual action in the NFL regular season with the Steelers last year when he was promoted from the practice squad due to injuries along the offensive line. He ended up filling in for the injured B.J. Finney at LG in a win against the Baltimore Ravens and would later start the Thursday night matchup against the Minnesota Vikings. The 6’6, 310lb OL went undrafted out of Tulane back in 2019 and has bounced around the league before ending up in Pittsburgh last season, making stops with the Saints, Broncos, and Packers as a practice squad player.

Leglue may not be the best athlete when it comes to brute strength or impressive foot quickness, but he has that positional versatility teams crave in their backup OL, having logged near double-digit starts at tackle, guard, and center during his college career. He has stated multiple times that he is willing and able to fill in wherever the team needs him, and although he is better suited for being a backup on the inside, that availability to fill in at multiple spots may make it difficult for Pittsburgh to keep him off the final roster and makes him likely a virtual lock for the practice squad.

Gilliam was signed to the Steelers’ practice squad December 21st as the team struggled through COVID outbreaks in their locker room. However, he was released once Malcolm Pridgeon was cleared to return to the team after testing positive. However, Pridgeon was recently released in favor of FA OL Trent Scott and Gilliam was signed to a futures contract at the end of the 2021 season to be brought in for training camp in hopes of competing for a roster spot. Gilliam joined the Los Angles Charger as a UDFA out of Wake Forest in 2020, but never successfully made the roster in either season with the team.

A third-team All-ACC selection for the Demon Deacons in 2019 as a redshirt senior, Gilliam has an uphill battle to climb in order to make the roster outright but may have a chance at the practice squad should he outplay the likes of Leglue or Trent Scott during the preseason.

I included Scott in the tackles portion of the series but have also chosen to slot him in with the interior guys as well. The Pittsburgh Steelers recently signed UFA Trent Scott to a one-year deal last Friday. Scott brings versatility to the OL room, having played both tackle and guard in the league and figuratively could slot in inside or outside during training camp based on the OL depth chart. Scoot brings starting experience and familiarity to the Steelers having played under OL Coach Pat Meyer the last four seasons with the Chargers and Panthers. He has seen action in 53 games and started 19, mainly as a fill in for injury at guard or tackle.

During my film room study on Scott, I found him to be a more accomplished run blocker than pass protector, being able to play in space ok, yet struggles to effectively land his punch and mirror pass rushers due to poor pad level/bad footwork. Scott’s versatility may get him a spot over Green on the practice squad, but he qualifies more as a break-glass option as well given the holes in his game, being a likely better fit at guard than tackle.

Film Room: Does OL Trent Scott Have A Chance To Make The Roster?

What are your thoughts on the names listed “on the bubble” at the IOL position? Who do you think is safe and who do you think is in danger of losing their roster spot during training camp and the preseason? How do you see this position group shaking outcome the regular season as it stands today/ Please leave your thoughts in the comments section below and thanks again for reading!