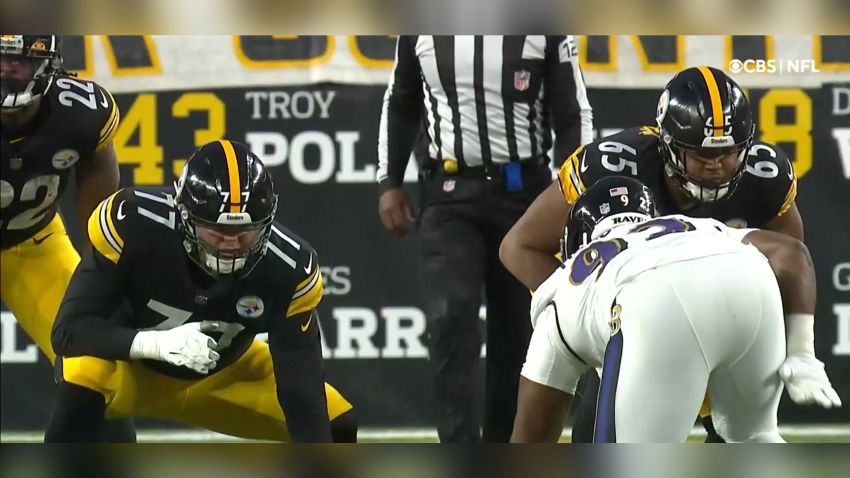 John Leglue came out of Tulane in 2019 as a college free agent, working with the Denver Broncos in training camp, then spending time on the practice squad of the New Orleans Saints. He was signed by the Green Bay Packers from there at the end of the year, but did not dress despite being on the 53 for the final two games.

He first made contact with the Pittsburgh Steelers when they signed him to the practice squad close to a year ago, on December 29, after placing Jarron Johnson on the Practice Squad/Injured List. He made his NFL debut on Sunday, logging 57 snaps after B.J. Finney at left guard suffered a back injury very early on.

Fortunately for him, he had played plenty of guard. He also played lots of tackle. And center. He’s played everywhere. And he surely knows that that ability to play up and down the line has been invaluable to his ability to have opportunities in the NFL.

“I think I have 16 starts at tackle, 13 at guard, and nine at center, so I played all across the board”, he told reporters yesterday about his college experience. “Week three in my sophomore year, I was playing right tackle, and then our center broke his ankle. I moved to center the next play”.

“It’s just one of those things. I grew up playing center in high school, and then I played guard my senior year”, he continued. “It’s just been one of those things I’m super thankful to have been able to play all those positions and just add to my versatility, and whatever the team needs me to do, I look forward to doing it”.

While he did not line up at tackle during the preseason this year for the Steelers, he did play 18 snaps at center, 42 at left guard, and another 35 at right guard. As Alex Kozora noted, however, he did get the opportunity to play tackle during training camp. And 56 of the 106 snaps he played during the preseason with the Broncos in 2019 were at tackle, the other 50 at guard.

Asked about how important his ability to play anywhere on the line is not just to him, but for the team, he said, “It’s wherever the coaches need me. I try to do everything that they ask me to do. It’s just one of those things, if you just continue to work hard, I feel like good things are going to happen”.

The Steelers currently have three guards injured, including starter on the left side Kevin Dotson, who has missed the past three games on the Reserve/Injured List. Though he is eligible to be activated now, it’s highly unlikely he would be ready for Thursday.

J.C. Hassenauer suffered a shoulder injury a couple of weeks ago that also has him on the Reserve/Injured List, while Joe Haeg is on the Reserve/COVID-19 List. Couple that with Finney’s back injury, and Leglue may be making his first career start.

The Steelers do have Rashaad Coward on the practice squad, who would obviously have to be elevated and dress for depth, as well as Malcolm Pridgeon, who was on the roster in training camp.