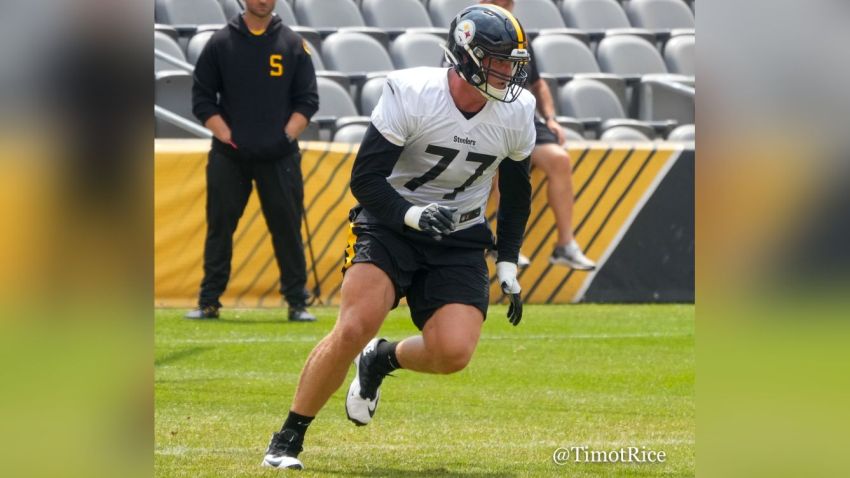 That was the feeling coming out of the Pittsburgh Steelers’ big Sunday win over the Baltimore Ravens, a game where stars and unknowns stepped up alike. Offensive lineman John Leglue was one of those guys, logging the first 57 offensive snaps of his career this weekend. It was not a spectacular performance but it was a quality one, especially given the difficult circumstances. Speaking to reporters Tuesday, the usually tight-lipped Matt Canada couldn’t help but be impressed.

“Great credit to him,” he said Tuesday in audio provided by the organization. “Jumped in there, ready to go. He didn’t have time, you can’t warm up to those guys. And he came in, gave us a little bit of energy, I felt. Really came in excited to play. But you should be excited to play.”

It’s been a long journey for Leglue, undrafted in 2019 out of Tulane. He signed with the Denver Broncos and bounced around between the Saints and the Packers before landing in Pittsburgh in late December of 2020. He stuck around through the offseason and showcased his versatility in training camp, playing everything on the line except for left tackle and even long snapped on the side, earning a serviceable B- grade in our camp recap.

After initially being cut, he was signed to the practice squad before being promoted to the 53 due to injuries and COVID. Once B.J. Finney went down with a back injury early in Sunday’s game, the team turned to Leglue.

“His versatility, his ability to understand what we’re doing was really impressive. And obviously him going in and playing how he played, he had some good, he had some bad, but being able to do it and keep us moving and keep us functioning is a huge, huge credit.”

Leglue became the fifth left guard for the Steelers this season behind – and let me take a deep breath here – Kevin Dotson, J.C. Hassenauer, Joe Haeg, and B.J. Finney. A total of ten offensive linemen have logged offensive snaps for Pittsburgh, and an 11th, Chaz Green, has dressed and played on special teams. The Steelers’ depth has been tested at a position where depth is generally scarce. For Leglue, he passed the test and played winning football Sunday.

Should Finney miss again for Thursday’s game, Leglue may get to check another box and notch his first career start. There is, however, the possibility Joe Haeg comes off the COVID list, though his practice time would be severely limited and the team may prefer Haeg to come off the bench as a Swiss Army backup.