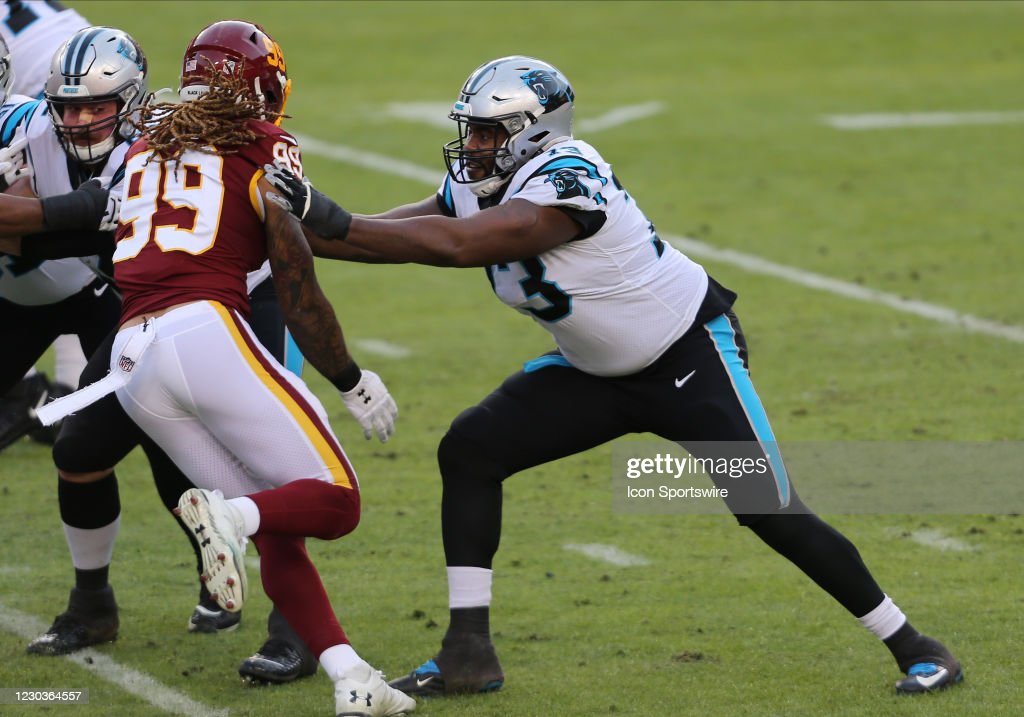 The Pittsburgh Steelers have signed veteran offensive lineman Trent Scott to a one-year deal, the team announced moments ago. In a corresponding move, the team released OG Malcolm Pridgeon. Financial terms of Scott’s deals weren’t immediately known but it’s likely to be for the minimum, perhaps a veteran salary benefit structure.

We have signed OL Trent Scott to a one-year contract.

Scott, 28, has predominately played OT in his career, though he’s also gotten work at guard. He has close ties to new Steelers’ offensive line coach Pat Meyer. Scott has worked with him the last four years, 2018 and 2019 in Los Angeles and 2020 and 2021 in Carolina. Meyer was hired to replace Adrian Klemm this offseason.

A 2018 UDFA out of Grambling State, Scott has logged 19 career starts. He made five of them last season for the Panthers. In 2019, he made nine starts for the Chargers, replacing the injured Russell Okung. PFF gave Scott a poor 39.6 rating in 2021.

He’ll add veteran tackle depth to the Steelers’ o-line room behind starters Dan Moore and Chukwuma Okorafor and swingman Joe Haeg. Scott will try to compete for one of the final spots in the o-line room while serving as an insurance policy if there’s a summer injury. Scott will battle Chaz Green and could be viewed as a small upgrade over him.

Pridgeon was signed mid-way through camp last year. Undrafted out of Ohio State, he spent the bulk of the season on the Steelers’ practice squad before signing a Reserve/Future contract this winter. Pittsburgh’s roster remains at 90.