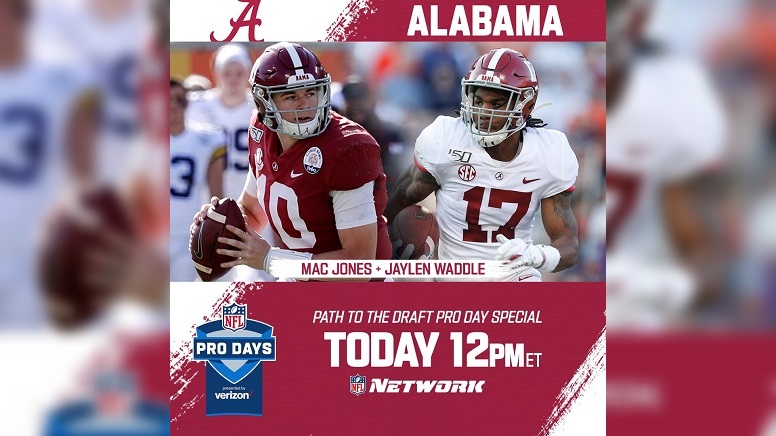 Alabama running back Najee Harris will be present for the Tuesday pro day as well after having a bit of a struggle getting there. According to Adam Schefter of ESPN on Tuesday morning, Harris’ flight from Dallas to Birmingham was cancelled Monday night due to lightning, so the running back drove nine hours to make it to the pro day event by 10 a.m. Harris is not even working out Tuesday, but wanted to support his Alabama teammates just the same. That shows some serious character.

Was wondering and had several people ask who would be the third coach the Steelers would bring to Alabama's Pro Day. The answer? Matt Canada. Smart to bring your new OC to a school with so much offensive talent. He joined Tomlin/Colbert. #Steelers pic.twitter.com/pjZVWBmt1K

Below are links to several of the draft profiles we have already completed on Alabama draft prospects. You can watch the Alabama pro day on the NFL Network.