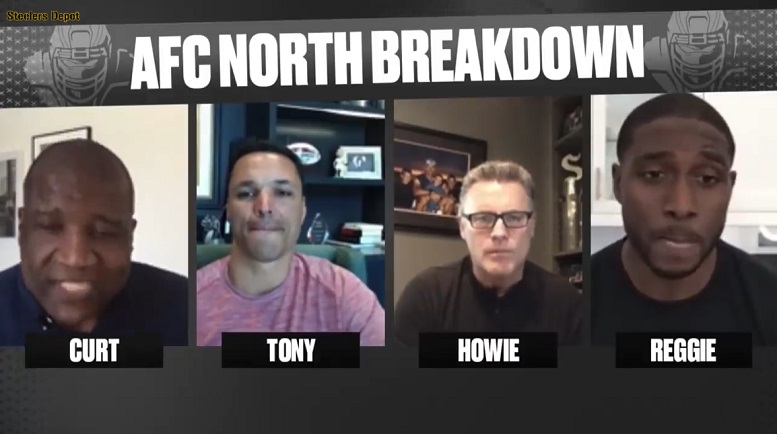 The deeper you dig into the college tape of new Pittsburgh Steelers running back Anthony McFarland Jr., the more excited you’ll get about the Maryland product. NFL analysts Matt Bowen of ESPN, a former player, recently said that the Steelers may have gotten one of the steals of this year’s draft with their selection of McFarland in the fourth-round and a few days ago, another former NFL player turned analyst, Reggie Bush of FOX Sports, also made it clear that he thinks the young running back out of Maryland could wind up being a steal this year for Pittsburgh as well.

“The other guy I’m very excited about is Anthony McFarland, a running back from Maryland,” Bush said a few days ago during a recent breakdown of the AFC North on Fox Sports. “The kid can flat-out fly. Explosive. He is a game-breaking type of player and I think he has the ability to be just as good as Le’Veon Bell, if not better.”

Bush was then pressed on his opinion of McFarland by show host Curt Menefee and the former first-round draft pick of the New Orleans Saints explained further why he likes McFarland so much and why he thinks he might wind up being better than current New York Jets running back Le’Veon Bell.

“If you watch him in college, you’ll watch and see he has ability to play out of the backfield,” Bush said of McFarland. “He can catch the ball in space. He’s explosive. And the Pittsburgh Steelers love to run the football, but it’s the way they love to run the football. They use those tackles and those tight ends and they pull, and what that does for running backs is if they just get a crease, you get a running back like Anthony McFarland, if he just gets a crease, he’s gone.”

How many touches is McFarland likely to get during his 2020 rookie season? With fellow Steelers running backs James Conner and Benny Snell Jr. both likely to see quite a bit of touches in 2020, McFarland will probably be lucky to touch the football 80 total times as a rookie, which would be an average of five times a game. McFarland will need to maximize whatever touches he does ultimately get and that means him registering his share of explosive plays, of which he had 19 of during his two seasons at Maryland.

“No matter where I’m at in the field, I always believe every play is the big play,” McFarland said during a pre-draft interview on the Redskins Talk Podcast. “And that’s the thing about I feel like me playing running back because I feel like literally, every single play is a big play and it can happen anytime.”

We have done other full breakdowns on McFarland since the Steelers drafted him and you can find them all at the links below.