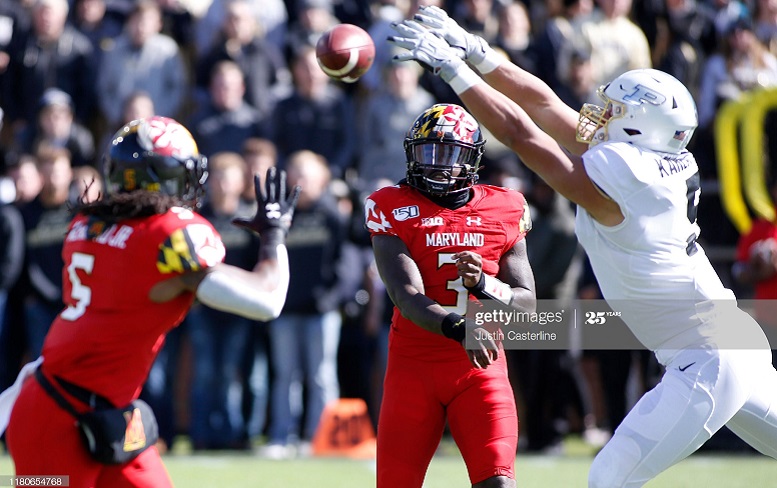 I’ve already broken-down new Pittsburgh Steelers running back Anthony McFarland Jr. several different ways since he was drafted by the team. I’ve yet to, however, look at what he brings to the Steelers as a pass catcher. That all changes today as I have now fully contextualized McFarland’s career college receptions at Maryland.

In total, McFarland caught just 24 passes for 199 yards and a touchdown in his two seasons at Maryland. While that’s not a lot of receptions, his tape of those 24 plays shows that Maryland probably should have tried harder to use him more than they did in the passing game.

McFarland’s two longest receptions at Maryland really were impressive as you’ll see in the compilation video below. His 46-yard reception in 2018 against Bowling Green shows how he can be used via a wheel route out of the backfield. His 39-yard reception in 2019 against Syracuse shows how dangerous he can be on short passes out in the flat as all of those yards were gained after the catch.

Maryland sure liked to use McFarland on the move via motions as you’ll see in the video. They also were not afraid to line him up in the slot off of motion. You’ll also see McFarland catch a few of these 24 passes coming out of choice routes. He also shows nice hands on a few of these receptions like his first of two against Bowling Green in 2018.

Getting McFarland out in space via the Steelers passing game is something I’m pretty sure we’ll see a little bit of during his rookie season. It’s a shame that Maryland didn’t try to use him more than they did in the passing game.

McFarland seemingly can do it all despite being undersized. The next contextualization I’ll do on him will be related to his ability to pass protect, something he wasn’t asked to do a lot of at Maryland.