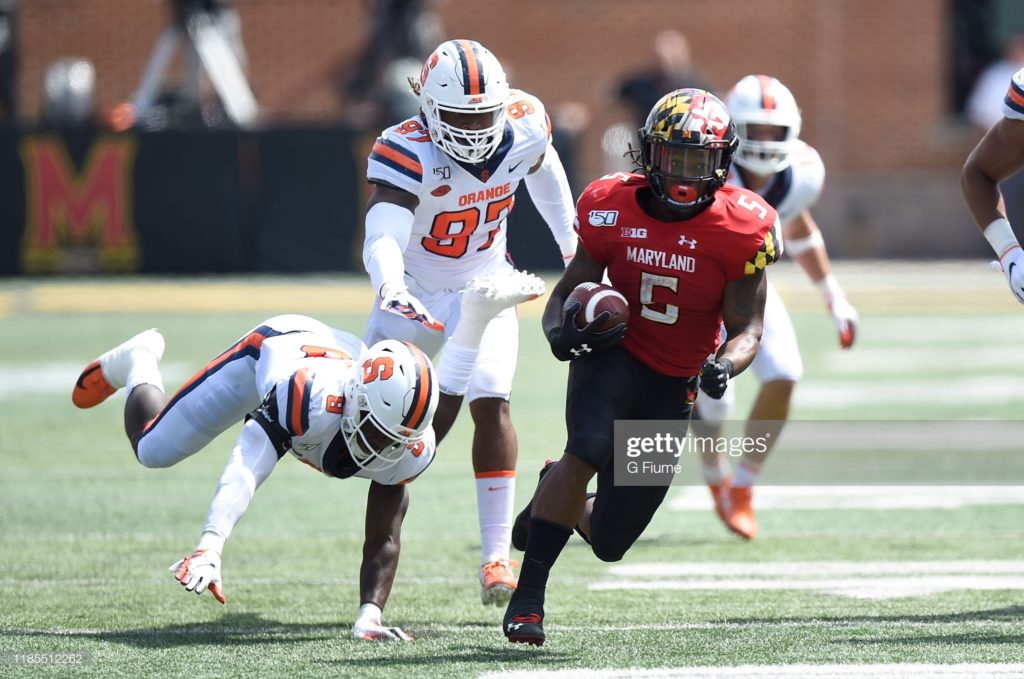 I don’t think there ever has been or ever will be a universal consensus evaluation on a draft pick. Remember, there was a legitimate conversation in the Spring of 1998 over whether Ryan Leaf should be the first-overall pick over Peyton Manning.

In other words, if you look hard enough, you can probably find a scouting report on a player that fits your biases, no matter how greatly it deviates from the majority opinion. We’ve seen contrasting takes, for example, on Chase Claypool, the Pittsburgh Steelers’ top pick this year.

One positive take on a Steelers draft pick comes from Matt Bowen for ESPN Insider, who was a fan of their first pick in the fourth round, taking running back Anthony McFarland out of Maryland. A redshirt sophomore, he declared with two years of eligibility left while playing most of his final collegiate season through a high ankle sprain.

“McFarland brings some juice to the Steelers’ offense to complement the running style of James Conner”, Bowen writes in an article about draft steals and best picks. “An explosive runner, he shifts gears quickly to get up to top speed. The Steelers can utilize him as a receiving threat out of the backfield, too. They can set up McFarland on screens and swings to get him loose in space”.

The fourth mid-round running back the team has drafted in as many years, he comes into a crowded backfield that, from the end of the 2019 season, also includes Conner, Benny Snell, Jaylen Samuels, Kerrith Whyte, and Trey Edmunds.

After the drafting of McFarland, you can probably safely cut out the latter two backs, who could still find a spot on the expanded 12-man practice squad, especially since they both offer special teams ability. Even when they had five running backs on the 53-man roster, they still had two more on the practice squad.

The Maryland back’s 4.44 40-yard dash time shows up on his college tape often, and clearly offers a different dimension to anybody else on the roster other than Whyte, who does lack the size of the rookie back.

While there were those who questioned and continue to question the efficacy of passing up defensive depth needs in the fourth round to take another running back, that should not be taken as a slight against McFarland’s abilities and what he can bring out of the backfield to the Steelers’ offense.

We are dealing with a young player who basically has one legitimate college season under his belt. It’s easy to imagine that he could have been drafted higher if he didn’t play through injury last year, or if he stayed for another season. So getting them were he did, pretty much right in the middle of the draft, it makes it hard to complain about the potential value.