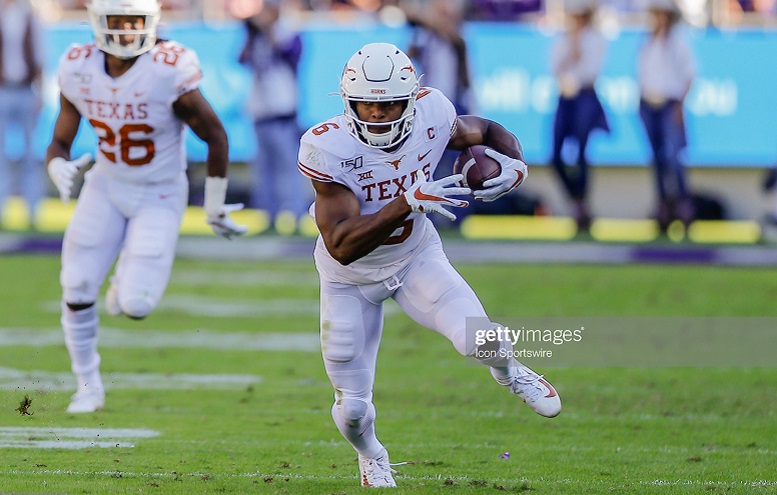 It’s the final countdown. My last crack at the Pittsburgh Steelers’ 2020 Draft. This has been a year unlike any other. Picking at #49, the latest since 1963, and all the pre-draft disruption brought on by the coronavirus. We can’t rely on the typical “tells” the front office trends toward.

But we’ll do our best to suss out what’s going to happen Friday and Saturday. Here’s my final predictions. I’ve also linked the previous four versions of my mock drafts.

Analysis: Wrestled with all these selections the last few days and was tempted to put in an “IOU” for all six picks. But to the predictions. For starters, I think there are decent odds the team will trade back – impossible to predict until you’re on the clock, I know – given the limited draft capital they have. More picks means more chances to hit which is ideal in a year shrouded in so much uncertainty.

But should they stay, Hennessy feels as good a bet as any. According to Pro Football Network’s Tony Pauline, the Steelers are showing interest in him, viewing him as a guard after playing center for all but one start in his Temple career. He’s high-character, tough, had a really strong week at the Senior Bowl, and has NFL bloodlines. Older brother Tom is the New York Jets’ current long snapper.

It’s not guaranteed he’ll start out of the gate but in a season where so many rookies will be setback by the lack of an offseason program, that’s an easier pill to swallow. Still, he should be able to compete for the LG spot. Gives the team options should Chukwuma Okorafor/Zach Banner not secure the RT job, allowing Matt Feiler to shift back over. There’s also long-term help knowing that Feiler is set to be a free agent after the season.

Analysis: This was the toughest choice for me, coming down to Weaver or fellow EDGE rusher Alex Highsmith. Ultimately lean Weaver, who is younger, bigger, more productive, and played against a little better competition. He’s NFL ready with his experience and time playing on his feet, comfortable split over the slot and dropping into zone coverage. Pittsburgh drops their OLBs a lot less than they used to but it shows his overall readiness.

Taking a pass rusher this high might seem like a surprise but Colbert called this class “unusually strong” and Gerry Dulac hinted at the team’s desire to acquire quality depth. If Bud Dupree or TJ Watt goes down, there’s uncertainty at a position that’s a lynchpin to their defense. A good EDGE rush means more pressure, means blitzing less, means DBs making more plays. Dupree is on the franchise tag, his future beyond 2020 unclear, and it’s hard to trust Ola Adeniyi or Tuzar Skipper.

A three-year starter at Boise State, Weaver recorded 34 sacks and three forced fumbles. He’s not the most explosive, twitched-up pass rusher and his ceiling feels a bit limited but he shows good hand use and ability to rip and bend through contact. He’s also 21, Pittsburgh prefers youth in the draft especially near the top, so he’s not maxed out yet.

Analysis: Attempted to go offense with two of the first three picks after focusing on defense early and often so many times over the past seven seasons. Duvernay is that ideal combination of slot speed, a type of receiver they don’t have on the roster. He’s a little more linear and stiff-hipped than you’d expect but ran a 4.39 and was uber-productive in 2019, catching 106 balls for nearly 1400 yards and nine touchdowns.

Duvernay comes from an athletic family including his cousin, Arizona Cardinals’ quarterback Kyler Murray. Duvernay’s father played QB for Texas A&M, uncle Calvin was a former MLB 1st round pick and played in the majors for five season, and his twin brother also plays at Texas.

Bottom line is Duvernay can create big plays vertically, something the Steelers’ offense has lacked. And a weapon for Ben Roethlisberger. Pittsburgh has three starters at receiver but like cornerback, you better at least be four deep. Injuries, poor play, or some other unknown tests the position annually.

Analysis: Can’t get out of the fourth round without a nose tackle, the one position where this team doesn’t have a starter. Won’t obtain a Javon Hargrave, pass-rush type at this point but you can get a run-stuffer. That’s Lawrence. He does offer a little bit of pass rush pop, nine career sacks including four as a junior. He’s energetic, plays with a good motor, and there’s a sneaky Steelers’ connection worth mentioning.

To Lawrence the player, what’s impressive is how seemingly well-respected he was in the locker room. He was named a captain by his sophomore season, no small for a team constantly stacked with talent like the Tigers. And though he’s a senior, he doesn’t turn 22 until late September.

Analysis: Ok, in the past, I’ve said they had to draft a safety by the fourth round. That’s what I would do. But alas, I don’t get everything I want and Kevin Colbert isn’t returning my phone calls. Projecting Metellus to fall to the sixth round is the biggest stretch I’m making here, there’s good odds he’s taken a round higher, but he fits well should he slip.

Metellus is an above average athlete with a good-sized frame. At the Combine, he ran a 4.55, jumped 36.5 inches in the vert, and 10’4″ in the broad. He’s an impactful hitter yet a reliable tackler who wore a lot of hats in Don Brown’s defense. He can gamble in coverage and has to work on his reads and processing but he’s important depth behind Minkah Fitzpatrick and Terrell Edmunds. And of course, with so many quality Michigan players draft eligible, it’s hard to see them not taking one given their Maize and Blue heavy track record.

Analysis: Seventh round dart throw. Cornerback is a position they could take on Day Three recognizing Mike Hilton and Cam Sutton are free agents after the season (only one, not both, will return) so investing in a potential nickel corner shows proper foresight.

To be clear, Bassey played on the outside but given his frame, will likely be asked to shift to the slot in the NFL. That’s not an easy transition but likely the only option he has. Despite the small size, he’s rocked up and tested extremely well at the Combine, running in the 4.4’s and leaping nearly 40 inches in the vert. He made play after play on the ball, breaking up 50 passes in his Demon Deacon career and picking off five more.

There may be an open CB spot on the roster with Artie Burns gone, letting Bassey slide in as the #6 CB. Or at worse, spend the year on the practice squad then have a legit shot to stick once Sutton or Hilton are gone. Like Lawrence, though Bassey is a senior, he’s yet to turn 22.