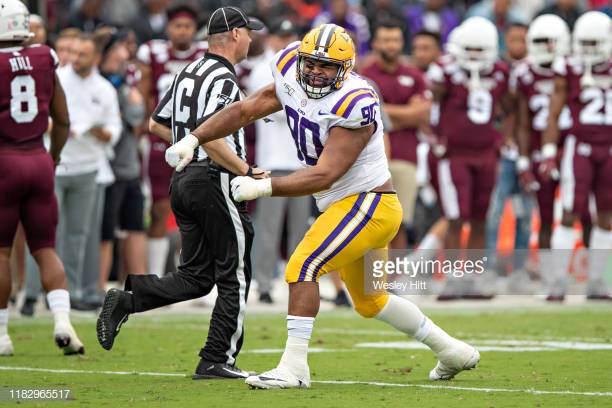 Back for another Pittsburgh Steelers’ mock draft. The second to last version. My final one will be released a few days prior to next week’s main event.

If you missed it, here are my previous three versions if you’d like to compare and contrast. This mock is a little different than the last with an overall theme of versatility, given the fact this team has just six selections.

Analysis: After choosing a defensive player for the past seven drafts, it’s time for the front office to show the offense some love. Pittman Jr. sure feels like a Steeler. Yes, he’s unusually raw for a senior but he’s been productive and excelled on special teams at USC (17 career tackles, three blocked punts), giving him a path to make an impact beyond just playing on offense.

He has NFL bloodlines. Michael Sr. was a longtime NFL RB who, oh yeah, was with Tampa Bay when Mike Tomlin was on staff from 2002-2005. Pittman offers some JuJu vibes while former USC AD Lynn Swann can offer insight that compelled them to take Smith-Schuster without really ever talking to him. Pittman’s hitting a lot of boxes.

Analysis: Here’s a name I bet you didn’t expect to see. And I’ll be honest, Jennings isn’t my favorite prospect. But when you have only six picks, you’re looking for versatility and guys capable of wearing multiple hats. Jennings is viewed as an OLB and ILB, playing both spots at Bama and the Senior Bowl. He’s an average to slightly below average athlete but very technically refined. His ceiling isn’t high but his floor is a #3/rotational player, something more comforting to have in a year with uncertainty. Karl Dunbar can shed some insight into him too from their time together at Alabama.

Is this the most exciting pick? No. But you’re trading that upside for inside/out versatility and a guy who is relatively NFL ready in a year where offseason work will be severely limited.

Analysis: Steelers can’t wait past the fourth round to draft a NT, the one position on the roster where they don’t have a starter. Lawrence is a great fit here. Squatty body but has great length, 34 1/8 inch arms, with a little bit of pass rush pop. Nine career sacks, including four in 2018 and 2.5 last season.

Beyond that, the dude was named a team captain after his sophomore season. No small feat for teams as talented and competitive as the Tigers. He has the potential to play Day One as a base nose tackle, setting him up for roughly 300 snaps a season. A manageable load for a rookie.

Analysis: Like nose tackle, the Steelers can’t wait for a safety past the fourth round. Even trusting a 4th round rookie is tough but at least that guy is statistically likely to make the team. A 6th rounder isn’t. Wallace also carried versatility as a big slot, SS, maybe even that dimebacker role, who balled out on special teams and checks the hearts and smarts box that’s so important to this team. He’s also a very good athlete, another trait the team holds in high regards when it comes to the position.

Analysis: I don’t love the idea of waiting until the 6th round for an offensive linemen but they did at least add a veteran in Stefen Wisniewski, something they haven’t done to address nose tackle or safety. Runyan Jr is a familiar face as a Michigan man with NFL bloodlines Pittsburgh loves. He spent most of his time at left tackle but his guard tape looked impressive too. Great chance to make the roster.

Analysis: With only two offensive picks selected so far and just one at the top, worth taking a flier on another skill position to round things out. Sullivan is raw but has some quasi-versatility, a former receiver converted to TE in 2019. He’s leggy and unrefined but can be a matchup issue down the middle of the field with real jump-ball ability. A stash player on the practice squad in almost all certainty but with Eric Ebron essentially on a one-year deal and Vance McDonald’s 2021 future unknown, it’s worth adding upside depth to the position.