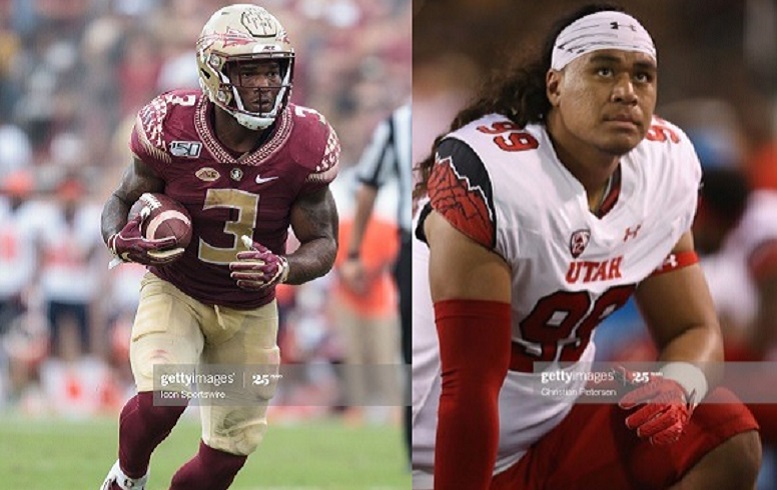 The wait is finally over! Chad Reuter of NFL.com has finally released his final seven-round mock draft of 2020 and in this offering he finally doesn’t have the Pittsburgh Steelers selecting Oklahoma quarterback Jalen Hurts.

In this multi-round 2020 mock draft offering, Reuter has the Steelers selecting FSU running back Cam Akers in the second-round with their 49th overall pick.

Akers seems to be the late mock choice of the masses for the Steelers should they indeed wind up drafting a running back early this year. Akers, who measured in at the combine this year at 5103, 217-pounds, ran his 40-yard-dash in Indianapolis in 4.47-seconds. The 21-year-old running back rushed for 2875 yards and 27 touchdowns on 586 career college carries. He also caught 69 total passes for 486 yards and seven touchdowns at FSU.

Late in the third-round of his final mega-mock of 2020, Reuter has the Steelers selecting Utah defensive tackle Leki Fotu at 102 overall.

Fotu, who measured in at the combine at 6053, 330-pounds, ran his 40-yard-dash in 5.15 seconds while in Indianapolis. For his college career he registered 82 total tackles, four sacks, three defensed passes and there forced fumbles.

With there two picks in the fourth-round, Reuter has the Steelers drafting Alabama edge-rusher Anfernee Jennings at 124 overall and Nebraska cornerback Lamar Jackson 135th overall.

Jennings, who measured in art the combine at 6021, 256-pounds, registered 193 total tackles, 14.5 sacks, 18 defensed passes and three forced fumbles during his college career at Alabama. as for Jackson, who measured in at the combine at 6020, 208-pounds and ran his 40-yard-dash in 4.58-seconds, he registered 123 total tackles, two sacks, five interceptions, 22 passes defensed and three forced fumbles in his four years at Nebraska

While this final mock draft from Reuter isn’t likely to receive rave reviews from Steelers fans, it’s seemingly better than any of his previous offerings where Pittsburgh’s selections are concerned.