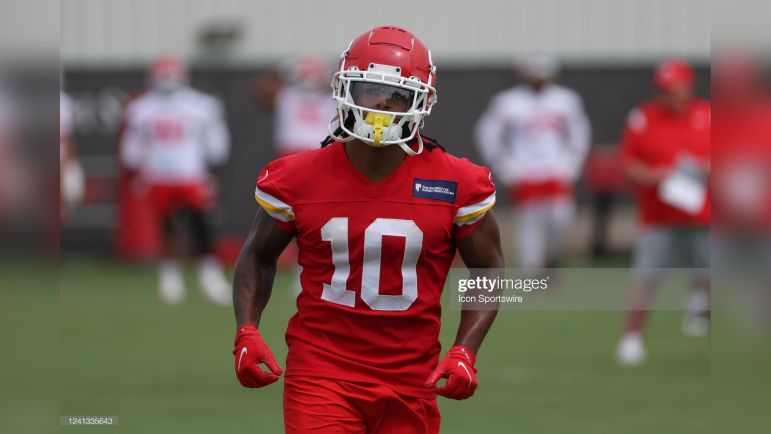 When the Steelers drafted quarterback Chris Oladokun with their second seventh-round draft pick at 241, most people were surprised, with the exception of our own Alex Kozora, who had predicted that Pittsburgh would take this exact player as a second QB in his final mock draft. It didn’t seem like a completely odd move for a team that routinely takes four quarterbacks to training camp. But with the clear three-way competition among potential starters Mitch Trubisky, Kenny Pickett, and Mason Rudolph, it also wasn’t likely that the fourth-string quarterback would get too many snaps in training camp or preseason action.

That’s exactly how it went, of course. Oladokun did not even take a snap in team drills until the third week of training camp, and when he did, it was minimal and meaningless. Yesterday, the Steelers released him before he ever got a helmet in a preseason game, as they cut the roster from 85 down to 80 players. Despite the argument that Pittsburgh could never have signed him as an undrafted free agent, they never should have drafted him at all:

So let’s look at who the Steelers missed out on by drafting a quarterback they never used. For the purposes of this redraft exercise, only players who are currently contributing in camp and preseason were considered.

Pacheco has been on my radar ever since I saw him practice for the Shrine Bowl. I also had a chance to interview him and was impressed with this young man. Tyler Wise provided the Steelers Depot draft profile. Pacheco first caught some attention with a 4.37 40 time at the NFL Combine. In training camp, he has already earned reps with the first team in practice.

Pacheco’s stats in the first two preseason games won’t tell the whole story. His average yards per attempt is only 2.3 yards. As a receiver, he averaged seven yards per per reception. Other stats that matter? Zero fumbles. Zero drops. He catches everything that comes his way. Add to that a 73.6 grade from PFF for pass blocking and you have a potential three-down back who is also a threat as a receiver. Here’s a 12-yard gain on a pass from Patrick Mahomes:

Patrick Mahomes finds RB Isiah Pacheco out of the backfield for a 12-year pickup inside the red zone. #ChiefsKingdom pic.twitter.com/6MI1kkUwzQ

The rookie also contributed on special teams, serving on the coverage team and returning two kicks for 60 yards with a long return of 34 yards.

In two preseason games, Gunter has shown some promise, with five QB pressures, including a sack, two hits and another two hurries. Here’s the sack:

Rookie Jeff Gunter with a sack 😤

He was also credited with two batted passes at the line of scrimmage. He plays with a passion to make every snap count, inspired by his mother’s recent battle with cancer. Tackling has been a weakness for the edge rusher, but he improved from the first to the second preseason game.

Will either Isiah Pacheco or Jeffrey Gunter make the final roster for their respective teams and earn a helmet on game day this season? That remains to be seen. It is clear, however, that both players were clearly better uses of a late seventh-round pick than what the Steelers did. And for those who argue that a seventh-round draft pick isn’t worth that much, Brett Keisel, Kelvin Beachum, Tyler Matakevich, Carlos Davis, Tre Norwood and Pressley Harvin III have all proven that value can be found at the end of the final day of the draft.