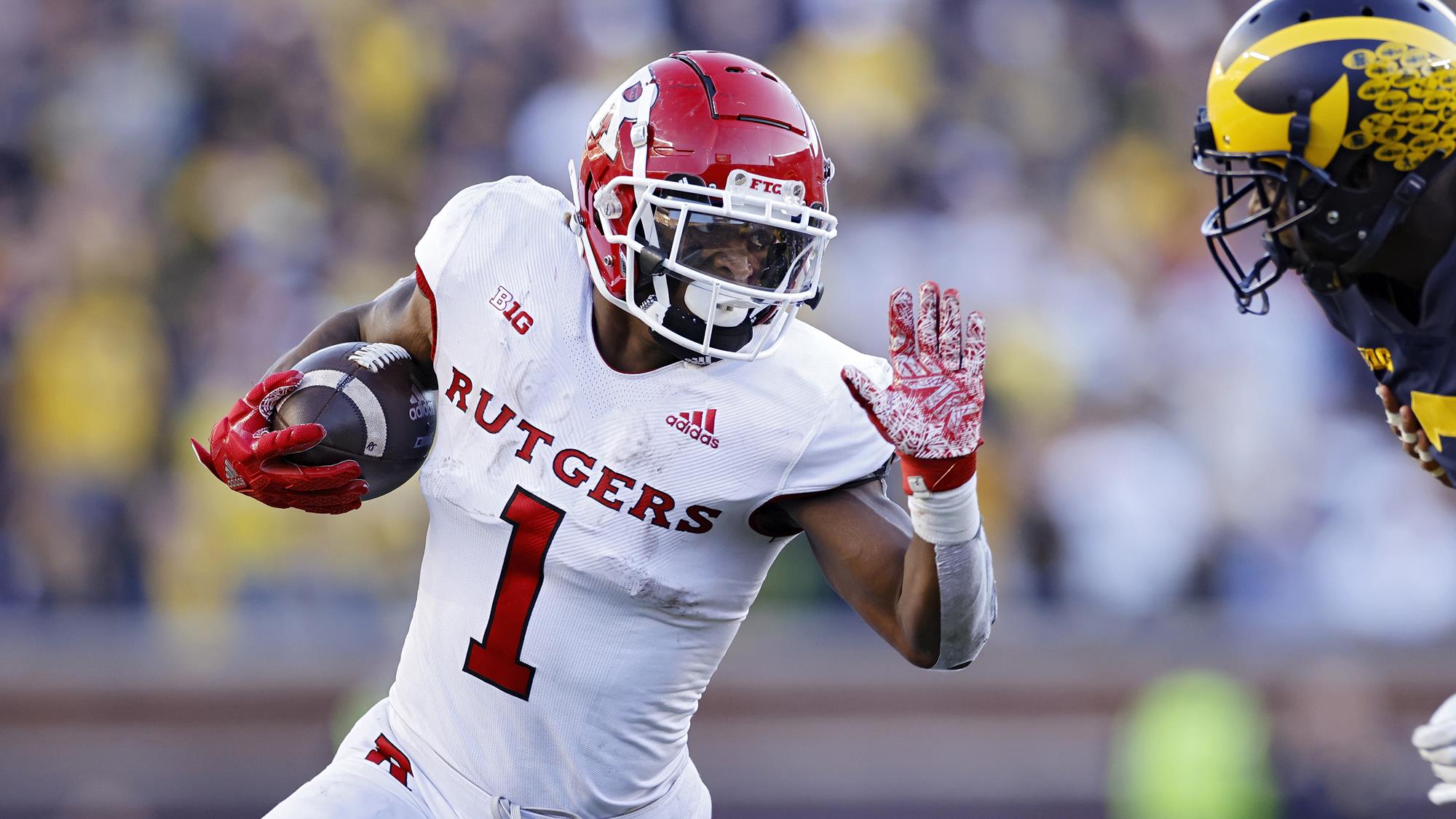 Pittsburgh Steelers running back Najee Harris is coming off a very productive rookie season and he’s looking to achieve even more next year. The depth chart behind him is not as clear. Benny Snell is entering the final year of his contract but releasing him would not be a significant cap hit in terms of dead money. Anthony McFarland barely saw the field in 2021, and Kalen Ballage will be an unrestricted free agent on March 16th. It will not be a surprise if the Steelers draft a running back in the NFL draft this April.

After watching him impress in practice, I sat down with Isaih Pacheco this week at the East West Shrine Bowl. When it comes to this running back, you need to look at more than just his height, measured at 5’10”1/4 here in Las Vegas. The Rutgers senior doesn’t let anything stop him from getting extra yards.

As a high school student in Vineland, NJ, Pacheco played both RB and QB and was elected a team captain all four years. But he didn’t stop there. He also spent time at DB (earning first team All New Jersey honors for his play) and covered multiple positions on special teams. “Whatever I could do to help the team win” has been his mantra his entire career to date.

At Rutgers, Pacheco contributed even in his freshman year, rushing for 551 yards. He has produced consistently every year. What stands out on the stat sheet is the longest rush each season: 80 yards in his freshman year, followed by 57, 66, and 26 yards in his senior season, potentially game-changing explosive plays, something the Steelers have lacked in recent years. He adds to his production with receiving yards, which result from both designed plays and checkdowns according to the player who describes himself as a three down back. His approach is that he will execute whatever play the coach calls. And when he says he can accommodate any offensive scheme, his description of the plays he has run supports that claim.

Add special teams to the roles that Pacheco is willing to play. In college, he served as both punt and kick returner as well as return coverage. Asked what his preference would be now, kick returner would be his first choice: “I love running hard and I’ll definitely be able to make a guy miss and just read my blocks and get vertical…you know, it’s what we do — we see daylight from the backfield and I’ll hit the hole and puncture.”

Here you can see Pacheco, rushing, receiving, and even making blocks for the punt return team drills:

In practice this week, Pacheco was able to make some moves when he reached open space, making the defense miss. I asked him if footwork was something that he specifically trained. And while he does work on footwork and balance, he focuses more on yards after contact and finishing every play.

As far as teams that run a scheme that would suit his skill set, Pacheco mentioned the San Francisco 49ers. When asked about which current NFL RBs have a style that he would like to add to his game, he referenced New Orleans Saints Alvin Kamara and NY Giants Saquon Barkley.

When it comes to draft preparation, Pacheco is working at XPE Sports in Fort Lauderdale, Florida. He trains at lifting, the 40-yard dash, three cone and shuttle drills. He says he is just taking it day by day, just getting better at those drills. He has been invited to the NFL Combine. As far as his 40 time, he is planning to run a 4.4 but “would feel blessed to run a 4.3”, and to hear him talk, it doesn’t sound impossible.

The Rutgers senior has the work ethic and “volunteer” mentality the Head Coach Mike Tomlin looks for in players.  While the Steelers clearly have their starting running back in Najee Harris, who will be entering his second year in 2022, Isiah Pacheco could be the ideal complement to Harris and a welcome addition to the Special Teams unit as well.