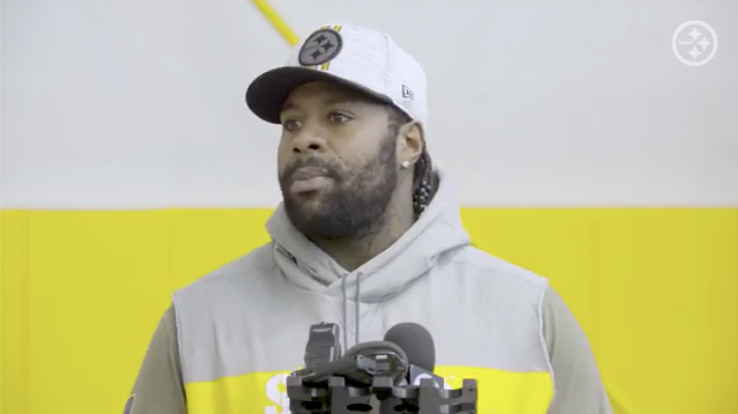 After being inserted into the starting lineup at center in Week 17 against the Cleveland Browns, Pittsburgh Steelers’ center J.C. Hassenauer has turned some heads as of late, drawing the praise of head coach Mike Tomlin and quarterback Ben Roethlisberger in recent weeks. Now, add veteran guard Trai Turner to that list.

Hassenauer stepped in for the injured/struggling rookie Kendrick Green, who seemed to have hit a rookie wall and regressed hard down the stretch, essentially forcing the Steelers’ hand. Fortunately for Pittsburgh, they were able to turn to a guy in Hassenauer who had 235 snaps in 2020 at center, and another 39 snaps this season prior to taking over as the starter in Week 17.

Since then, Hassenauer played a key role in the Steelers’ offensive line helping rookie running back Najee Harris rush for a career-high 188 yards on the ground against the Browns in the home finale, and helped keep Ben Roethlisberger upright down the stretch in Week 18 against the Ravens as the Steelers punched their ticket to the playoffs.

Ahead of the Wild Card matchup with the Chiefs inside Arrowhead Stadium on Sunday night, Turner praised Hassenauer for the work he’s done getting himself into a position to take advantage of the opportunity, adding how proud he is of the second-year center who has worn a number of hats along the interior of the offensive line the last two seasons.

“Yeah, I mean, experience, you know, when you’ve been able to see so things and versus not having seen it, then of course you going to have one-up,” Turner said to reporters Wednesday regarding Hassenauer taking advantage of playing time in place of Green, according to video via Steelers.com. “K.G. [Kendrick Green] came out and had a great rookie season, especially for the hands that was dealt to him. It ended up working that J.C. is in now and J.C.’s doing a phenomenal job, man. I can’t be happier for J.C. and the work that he’s putting in. And I’m also happy for K.G. to be able to kind of sit back and see what’s going on and not take a seat back, but to just to be more eager to learn it and to see what’s going on so he can continue to grow as a football player and he can continue to get better.

“But definitely happy for J.C. and all the work that he’s putting in. And just happy that everybody’s able to see it on display.”

It appears, at least on the outside, that Hassenauer is one of those beloved-type guys on the team, in the locker room and especially within the position group as a guy that is willing to do whatever is asked of him and can be counted on to step up in a big spot. He has the trust of Roethlisberger too, which is pivotal.

The Alabama product has certainly taken advantage and proven to be a guy that sticks around for awhile, at least as a depth option, similar to a guy like Doug Legursky was for five seasons from 2008-2012 and 2015.

As for Green though, it’s great to hear a veteran like Turner praise him for the work he’s doing behind the scenes. Though it certainly didn’t work out for him on the field as a rookie third-round pick — it’s a major stretch by Turner to call Green’s rookie season “great” by any means — it’s important that Green uses this time in a reserve role to sit back, catch his breath, regroup and rebuild his game to fit the NFL.

Will the time off and the reset of sorts do him good moving forward? Time will tell, but with the way Turner describes how the rookie is handling it, he has the right mindset.