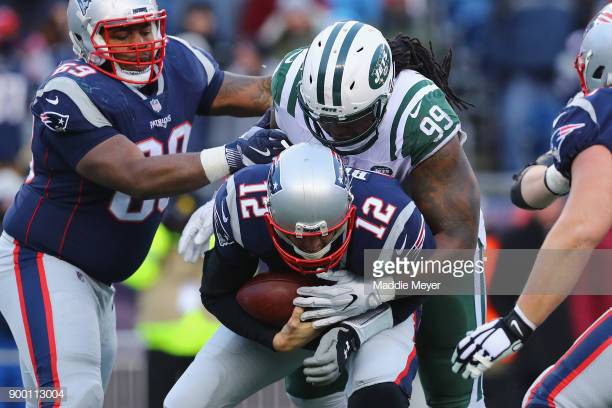 Today, we’re continuing my annual free agent wishlist. Doing things slightly differently than past years. Dedicating separate articles to each position of interest/need to help focus these lists a little better. This is the last of our free agency wishlists. Here are the ones we’ve previously written.

Going to see a pair of ex-Steelers on this list, including Woods. They’re the exception to the “over 30” crowd of free agents. Woods turns 33 in two weeks but is still providing decent-enough run defense, starting five games for Seattle in 2019. Things ended on a sour note with a four-game suspension for PEDs but he served that and will be available for Week 1 in 2020.

Here’s a great example of him flowing versus inside zone. #72, big man in the in middle, overpowering the smaller center, getting down the line, shedding the block, and making the tackle.

Woods spent two years with Pittsburgh, 2012 and 2013, making three official starts with just as many sacks. He played 459 competent snaps for the Seahawks and can provide the same for Pittsburgh on the cheap. Certainly not a long-term answer but an upgrade over Daniel McCullers. That’s for sure.

I’ve always been a fan of Ellis since he came out of La Tech. His career in Oakland abruptly came to an end and the Raiders released him after a string of knee injuries before Baltimore scooped him off the street after they got hit by injuries among the interior. He wound up playing 62 snaps, recording six tackles.

Not much tape out there but he saw a couple cups of coffee against the Steelers. Here, he disengages from Ramon Foster and stops Benny Snell. Ellis is #71.

He’s a step down from someone like Woods but is younger, 29 years old, and should be cheaper too. Imagine he’s signing for basically the minimum. Signing Ellis doesn’t stop you from addressing the position at all during the draft which is fine, because the Steelers like to double-dip.

Here’s your other ex-Steeler. McLendon is still plugging along and really, thriving. He’s started 14+ games each of the last three years, including all 16 in 2019, with 2.5 sacks this past season. He’s certainly getting up there in age, already 34, but clearly taking care of his body and playing longer than anyone – myself included – ever imagined he did.

Nice punch here against the Bengals, defeating the block and finishing with a sack on Andy Dalton.

McLendon is still a good athlete who fits with the Steelers’ one-gap mentality while stuffing the run. The Jets had the #2 ranked run defense in yards and more importantly, yards per carry, giving up just 3.3 yards per attempt. He won’t sign for the minimum but the good news is run defense is cheap, everyone juices money into pass rushers, so he should be within Pittsburgh’s budget.

Pennel is a name I suggested last year. He wound up with New England, a short stint that didn’t work out, but signed with Kansas City midway through the year. Pennel would become a rock in the middle and help transform the Chiefs’ defense en route to their Super Bowl victory.

Clip of him manning the middle. #64, lined up against the RG, anchoring against the double-team, splitting them (RG tried to climb, RT never got secured) and making the stop at the LOS.

Don’t expect him to offer much of anything as a pass rusher, just two sacks in 77 career games, but you’re signing him for stuffing the run. And that’s the outline of how I’d replace Javon Hargrave, short of finding a 1:1 replacement. Sign a run stuffer to play in base, use Stephon Tuitt’s return and Isaiah Buggs heading into his second year as sub-package pass rushers.